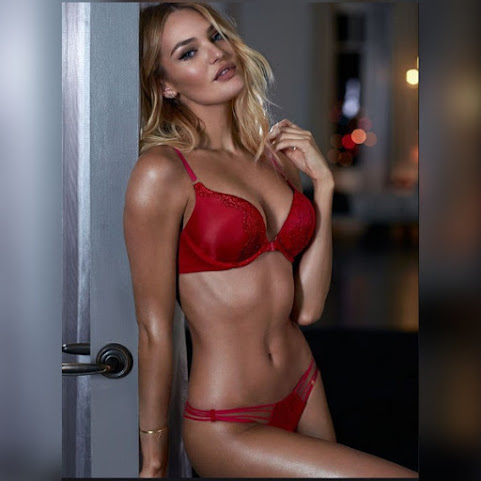 Tonight hottie Candice and her body of work sparks our imagination and inspires this peek at pop culture, community news and top headlines.

Congress and President Biden have extended the Paycheck Protection Program deadline, adding two additional months for businesses to apply. The loans can be forgiven.For months, local businesses have struggled to get back on their feet.


Chipping Away At US

KANSAS CITY, Mo. - Two metro auto assembly plants are struggling with shortages. Thousands are waiting for work to pick up, and it's all because of a little chip. Semiconductor chips are in most new cars you buy off the lot. It works as the brain to your vehicle by sending signals throughout the car with directions.

Candice Swanepoel posts nude photo of herself sunbathing on the beach

She's the founder and creative director of the swimwear label Tropic of C. Yet Candice Swanepoel appeared to forgo a bathing suit all together in a racy photo shared with her 15.1 million Instagram followers on Monday. The South African model, 32, flaunted her pert derriere and highlighted her tanned skin while lying on her front at the beach.

Rep. Matt Gaetz (R-Fla.), one of the nation's rising-star conservative firebrands, told Axios he is under federal investigation for sexual activity with women, and fears being criminally charged. What he's saying: "The allegations against me are as searing as they are false," Gaetz said in a 13-minute phone interview with Axios.

Van Jones: If Chauvin isn't guilty, it'll be seen as 'open season' for cops to 'murder in broad daylight'

CNN commentator Van Jones suggested that a not-guilty verdict for Minneapolis Police Officer Derek Chauvin for the death of George Floyd would set a grim perception across the country that police can "get away with murder." Monday marked the first day of Chauvin's trial where the prosecutors are making the case that the police officer's kneeling on Floyd's neck led to his death.

The Biden White House had not outright rejected the idea - at least not publicly - and Treasury Secretary Janet Yellen said earlier this month the administration was undecided on whether to pursue it.


THEY Finally Got Him

G. Gordon Liddy, the Republican advisor who was convicted for his role in the Watergate scandal that brought down President Richard Nixon, died on Tuesday. The 90-year-old died at his daughter's house in Virginia, his son Thomas P. Liddy told the Associated Press. He did not give a cause of death.

Britney Spears says the latest documentary about her life is super embarrassing and it's got her in tears. The singer broke her silence on the 'Framing Britney Spears' doc Tuesday, saying she was "embarrassed by the light they put me in."

ReStart - Homelessness isn't the end of a person's story

CAPS OFF. DONNA: ALRIGHT, WE ARE PAYING ATTENTION, THANK YOU. "COMMUNITY DAYS" IS A NEW INITIATIVE FROM KMBC 9 AND KCWE 29. THE GOAL IS TO HIGHLIGHT ORGANIZATIONS FROM ACROSS THE METRO, AND RAISE SUPPORT AND AWARENESS OF THEIR MISSIONS. TODAY, WE'RE FOCUSING ON "RESTART."

KANSAS CITY, Mo. - Her nomination letter reads, "Kathy Nelson is a Remarkable Woman in our community and deserves to be recognized for the love and dedication she has put into making Kansas City a better place." If her name sounds familiar, it's because she's responsible for bringing some of the biggest sporting events to the Kansas City metro.

Wednesday will be sunny, but cool

A this is the OPEN THREAD for tonight.

Gaetz and his family were being black mailed for $25 million dollars by a former DOJ employee, now the problem is will the fbi and the DOJ release the audio since some newspaper blew the lid off of the entire operation when there was a sting set up for tomorrow to nab the DOJ employee in the act of taking the money.

^^What you're saying is contradicted by what he is saying.

What you're saying just sounds like more Republican Conspiracy Crap.

I see what you did there and it's pretty clever.

Byron, why don't you just bother folks in your area. Actually, it's because they don't fucking care what you think.

Your stupid lefty comments here, on a local blog, are somewhat like an anti-fa asshole being electronically bused in, pretending to have skin in the local game.

Residents have a right to bitch and moan over this failing dim run shitty.

You, however, don't! You pay no taxes here. You purchase no goods here. Your brother Mark and His wife, Mrs Mayor Gloria (who can't stand you) have long departed. So no family ties. You simply have no reason to post on here except this is the only place in the entire country who will allow you to do so.

No denizen of the KC metro gives a shit what you have to say. Go up to Minneapolis and jerk off with the mooselimb buds.


Even Chimpy-weird has a local zoo address. So go away.

And yet Byron has at least as much right to post here as does Baby Burt, who repeatedly tells us he no longer lives in KC since he pulled his Airstream out to some suburban Walmart parking lot. Weird.

^^ Jealous he can't afford an Airstream....or Walmart. Too bad so sad. Weird.

This just in: Rush Limbaugh is still dead. Film at 11.

And, though dead and mourned by millions, still more influential than you could ever be if you lived to be 200.

So are you saying Gaetz (38) DIDn'T spend $7,500 of his Campaign Funds to take his 17-year-old Mistress on tour with him while his little wifie stayed home to "take care of the kids"?

Funny, that's not what hs staff and the news photographers and the hotel records say.

Big guy shouldn't been out in the street all messed up in his car passing fake bills. The officers could have taken his keys, shut him in his car and waited it out. Why always in a hurry. Accountability can be spread around.

he wanted to stay in his car-house and keep himself hostage.

murder? You think the officer really intended to murder the guy because he facial expression looked like he was being smug?

This whole floyd drama is not a continued contest of submit to my wishes and take him down.

EVERYONE CAN SUBMIT TO MY WILL LATER, BUT NOT NOW!