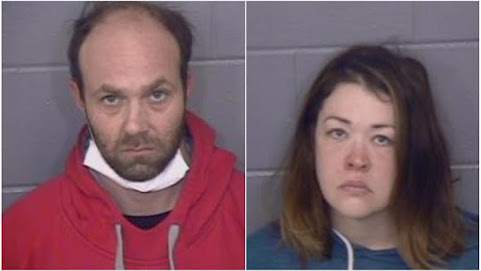 Follow-up on a recent death ruled a homicide describes the horrific last moments of a youngster who, according to the Prosecutor's office, suffered fatal injuries under the care of family and friends.

A 40-year-old Kansas City man has been charged in connection with the homicide of a nearly 4-month old child who suffered mutliple skull fractures and other trauma-related injuries, Jackson County Prosecutor Jean Peters Baker announced today.

In addition, the child's grandmother, Carly George, dob: 7/8/1982, faces a felony charge of Hindering Prosecution of a Felony.*

In a statement issued today, Baker said:  "The death of this child is an awful tragedy and horrible crime. The heart wrenching nature may lead us to feel despair. I hope any despair prompts us to report and protect kids from abuse. The link below provides COMBAT-funded assistance in our community."

According to court records filed over the weekend, Kansas City police officers were dispatched on the morning of March 9, 2021, to the 5400 block of Harrison Street in Kansas City on a reported infant not breathing. The defendant told police the child had been sick and at 3 a.m. the child was breathing. At 6 a.m., the child was bluish and not breathing. Police noted injuries to the child not consistent with a natural death. At the hospital, it was determined the child had suffered life-threatening physical trauma, including a forehead contusion, multiple skull fractures, a brain bleed and chest trauma.

The prosecutor also shared a link on local parenting resources, most of which are free of charge.