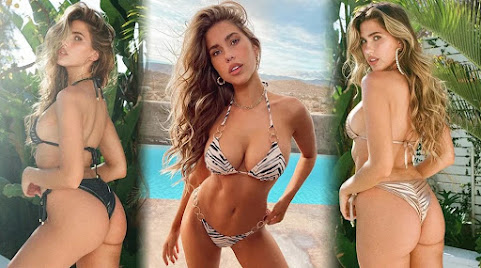 For us, hottie Kara offers hope of a better day and brighter future. Accordingly, her fashionista influence serves as educational inspiration for this collection of pop culture, community news and top headlines.

It's been a year since the COVID-19 pandemic changed everything including how we to tested for the virus. "The biggest change is the change in demand," said Frank Thompson, deputy director at the Kansas City Missouri Health Department. At one time-- getting a COVID-19 test in Kansas City was a challenge.


South Side Opens Up

By John Sharp Two long-needed street and bridge improvements in south Kansas City are finally advancing. In January the City Council passed an ordinance authorizing a $458,621 contract with HW Lochner for the final design and preparation of construction bid documents for widening Red Bridge Rd. from Blue River Rd.

KANSAS CITY, Mo. - Experts say the average American household has 60 pounds worth of old paint cans taking up space in the basement or the garage. Even worse, most homeowners don't have the first idea of what to do with all that old paint.

Kara Del Toro Has 'A Satin Moment' In Skimpy Bralette

Maxim beauty Kara Del Toro tantalized her 1.6 million Instagram followers with her most recent post, a sultry trio of snaps in which she rocked a silky three-piece set. The ensemble was from the retailer Revolve, and Kara made sure to tag the brand's own Instagram page in the caption of the post as well as in the first shot.

House Democrats passed a $1.9 trillion coronavirus relief bill on Wednesday, sending one of the biggest stimulus plans in U.S. history to President Joe Biden's desk. The president hopes to sign the bill Friday after Congress formally sends it to the White House, which can take days for large bills.

US narrows in on organized extremists in Capitol siege probe

As members of the Oath Keepers paramilitary group shouldered their way through the mob and up the steps to the U.S. Capitol, their plans for Jan. 6 were clear, authorities say. "Arrest this assembly, we have probable cause for acts of treason, election fraud," someone commanded over an encrypted messaging app some extremists used to communicate during the siege.

Far-right commentator Milo Yiannopoulos has given an interview in which he claims to be "ex-gay" and has chosen to "demote" his husband to a "housemate". The 36-year-old, who is known for giving controversial commentary, allegedly told - a right-wing Christian news outlet - of the changes to his sexuality and marital status in an interview published Monday.

A judge dismissed a lawsuit by former President Donald Trump's campaign that accused The New York Times of defaming it with an opinion column arguing there was a "quid pro quo" between the campaign and Russia in 2016. The dismissal, by Manhattan state Supreme Court Judge James d'Auguste, was with prejudice.

Have you been following the newest podcast on The Pitch Podcast Network? Did you know that we have a podcast network? Right, so many things are happening all at once! KC Top 5 podcast is a weekly show about the best of our great city, as decided by a battle to the death.

What Royals prospects could be up in 2021?

The Royals are hoping to compete in 2021 as a team that has added multiple players this offseason. It brings a kind of weird dichotomy to people and fans outside of the Royals world that may see a team under a rebuild with a young crop of pitchers coming along but eager to see an unaccomplished group of position players looking to break through.

Expect active weather for Kansas City now through the weekend

KANSAS CITY, MO (KCTV) -- Active weather begins for Kansas City on Wednesday and extends all the way through the weekend. A wind advisory has been posted through 6 p.m. with wind gusts over 40 mph possible. "We will see warm conditions again with highs near 76 degrees and an elevated fire danger again today," Storm Track 5 Meteorologist Erin Little said.

Bruno Mars, Anderson .Paak, Silk Sonic - Leave the Door Open is the song of the day and this is the OPEN THREAD for right now.