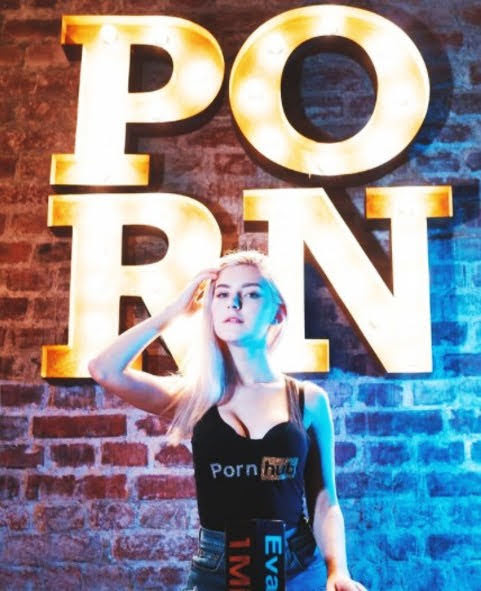 Accordingly, the new era of social media promo inspires this late night peek at pop culture, community news and top headlines for the late night denizens of the discourse.

KANSAS CITY, Mo. - Utility crews, barricades and detours are scattered from W. Pershing Road to 51st Street along Main Street in Kansas City. The crews are replacing old water and sewer mains as Phase One of what will eventually become an extended KC Streetcar.

KANSAS CITY, Mo. - An investigation by the ATF Kansas City Field Division and the Kansas Fire Marshal found the fire Thursday at the First Baptist Church of Mission was accidental. The announcement came Friday afternoon.

KANSAS CITY, Mo. - It's not only First Friday, but it's the first Friday of the year with nicer weather. Local businesses are excited to see the foot traffic after a year of pandemic slowdowns and closures. However, owners said while it's nice to have customers, the most important thing is keeping everyone safe.

TikTokers are testing family and friends by playing PornHub's music, testing whether they recognize the sound

Lamberth said the Marshals Service policy for federal pretrial prisoners requires numerous clearances for an interview, including the U.S. Attorney's office, the judge and those running the detention facility. The judge said he was asked by the marshals if he'd approved the interview at the Alexandria Detention Center and he said he had not.

New York state lawmakers on Friday began debate over a move to strip Gov. Andrew Cuomo of emergency powers he invoked last year to deal with the Covid-19 pandemic. The effort came as the Democratic governor dealt with two major scandals: a cover-up of Covid nursing home death data by Cuomo's administration, and accusations by three women that he sexually harassed them.

The FBI has found through the examination of phone records related to the Capitol riot that a person associated with the Trump White House was in contact with a member of the right-wing extremist group the Proud Boys in the days preceding the attempted insurrection, The New York Times reports.

The Senate voted 58-42 Friday night to reject Sen. Bernie Sanders' effort to add a $15 minimum wage provision to President Biden's $1.9 million COVID-19 relief bill, and is now poised to work well into Saturday in an all-night marathon of haggling over the massive measure.

Kim Kardashian says she totally understands what it's like to be Britney Spears after watching the new documentary about the singer's life... because she went through the same intense media scrutiny when she was pregnant. Kim just opened up on her own experience with media shaming, saying she totally empathizes with Britney after watching the "Framing Britney Spears" documentary.

You will soon be able to get your nails done where you go grocery shopping. On Wednesday, Hy-Vee announced it is partnering with W Nail Bar to open nail salons in select locations. The first one opens next month inside Hy-Vee's Bettendorf, Iowa, location.


Kansas City Doggie Style At The Park Persists Amid Pandemic

KANSAS CITY, Mo. - What's better than it being Friday? Frenchie Friday at a metro dog park, that's what! Check out all the smiling pups running around in the video above. Katie's Kennel hosts the weekly meetup at the River Market Dog Park.

Mild weather ahead for the weekend

Hide Transcript Show Transcript MUCH AT ALL WALKING FORECAST OR IF YOU'RE GOING TO BE OUT FOR THIS EVENING. LOOKS GOOD, BUT YOU'RE GOING TO NEED THAT HEAVIER JACKET 52. SO NOWHERE NEAR AS MILD AS IT WAS YESTERDAY 51 BY 6 PM THEN DOWN TO THE 40S AFTER THE SUN LOWERS.

This is the OPEN THREAD for tonight . . . Keep going for more local news links.

Now that the new Johnson County Courthouse in Olathe is open, work will begin to demolish the old courthouse. The new courthouse opened to the public Jan. 7 at the northeast corner of Kansas Avenue and Santa Fe Street in Olathe, so the new building will be knocked down beginning in April.


JoCo Shows Up Despite COVID

The Johnson County Home & Garden Show is underway at the Overland Park Convention Center. The show runs through Sunday.

INDEPENDENCE, MO (KCTV) - An event in Independence Friday that provided 600 more COVID-19 vaccinations brought our attention to a volunteer group without whom many of these clinics just wouldn't be possible. From folks with no medical background to people like retired nurse Betty Boyd, there were 32 volunteers with the Medical Reserve Corps of Greater Kansas City who helped make the clinic happen.

A concrete warehouse dating back to the 1920s sustained heavy damage in a large fire in Kansas City, Kansas Friday. Kansas City, Kansas Fire Department Battalion Chief Scott Schaunaman said crews were called to the scene in the 450 block of South 26th Street at 11:19 a.m.When they arrived, crews were met with heavy smoke and fire coming from a concrete structure with a roof made of heavy timber.

KANSAS CITY, Mo. - During a COVID-19 vaccine clinic Thursday at the Garrison Community Center in Kansas City, Missouri, there were enough doses for 700 people. Only about 425 showed up, but the Moderna vaccine that wasn't used will still go into arms on another day.

A bill that would allow for the permanent sale of to-go liquor is making its way through the state legislatures in both the Kansas and Missouri. The Kansas House passed a measure Monday that would allow bars and restaurants to continue offering alcoholic beverages to-go.

KANSAS CITY, Mo. - After several days of reports and speculation, the Kansas City Royals made it official Friday and signed an old friend back to the club. Outfielder Jarrod Dyson and the Royals have agreed to a one-year Major League contract. The deal that would bring the 2015 World Series champion back to Kauffman [...]

KANSAS CITY, Mo. - The Kansas and Western Missouri Salvation Army and Samuel U. Rodgers Health Center are splitting a $250,000 donation of health care products and equipment from the FSA Store and it's parent company Health-E Commerce. Kristin Sword, director of integrated marketing at Health E-Commerce, said the donation is meant to help people struggling during this pandemic.

OVERLAND PARK, Kan. - Friday was a very special day for one Overland Park resident. Joseph Heydon was born on March 5, 1921. He turned 100 years old Friday. He was honored at a "wave" party outside of his home at The Forum in Overland Park.

Thousands of meals donated by Chiefs quarterback Patrick Mahomes' foundation were distributed Friday in Tyler, Texas.15 and the Mahomies recently donated 30,000 food boxes to the East Texas Food Bank after last month's winter storm. "We are super grateful for the donation that he has made.

Catholic Charities has been overwhelmed by requests for help during the pandemic as people struggle to pay their rent. Leaders say the community's support is critical to help them meet the rising demand."It's their deepest crisis point when they come to us generally," said Karen Noel, CEO of Catholic Charities of Kansas City and St.