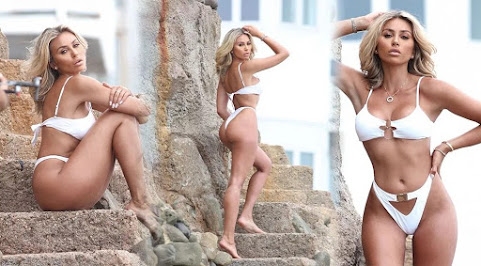 Right now elite Insta-hottie Khloe is one of our faves and her newsworthy promo work not only influences the global discourse but inspires this blast of community news, pop culture and top headlines.

Kansas Citians make plans to use new round of stimulus checks

Another round of stimulus checks will be going to 85% of American households. As the government prepares to send checks, people in Kansas City plan how they'll use the money."Oh, this will mean a lot. Pay some bills, stuff like that, clean up debt, all kinds of stuff," said Uzo Ajoku, of Kansas City."Get caught up on a lot of stuff.


No Go In JoCo

EDGERTON, Kan. - Residents from Johnson and Miami counties have scored a temporary, partial victory after a long council meeting last night ended up delaying a controversial construction project. The Edgerton City Council is partially delaying a vote that would have cleared the way for recently annexed land to be rezoned for industrial use.

World-renowned jazz musician Hermon Mehari is bringing his voice and record collection to Kansas City airwaves in the form of KCUR's new music show, The Session With Hermon Mehari. Though the award-winning trumpeter currently resides in Paris, Mehari's Kansas City roots have called him back starting Saturday, March 13 at 7 p.m.

Khloe Terae turned heads on Tuesday, February 16, when she treated her 2.6 million Instagram followers to a smoldering new post. The Canadian model and influencer took to her popular account to share a video in which she struck a series of seductive poses in a bathtub as she rocked a stylish swimsuit.


TUCKER AT WAR WITH PENTAGON OVER GEAR FOR LADY TROOPS!!!

Several House Democrats from New York, including Reps. Jerry Nadler and Alexandria Ocasio-Cortez, called on Gov. Andrew Cuomo to resign on Friday, increasing the pressure on the governor to step down amid an investigation into multiple sexual harassment allegations.

The US might be fooled by improving Covid-19 numbers, experts say, as tens of thousands of Americans are predicted to die by July

Covid-19 numbers may be on the decline in the United States after a year of collective grief. But with tens of thousands of deaths expected over the next few months, experts are warning Americans not to drop their guard just yet.

Biden's meeting with "the Quad," a new alliance to counter China, explained

When President Joe Biden meets virtually with the leaders of Japan, India, and Australia on Friday, he'll be doing much more than joining a routine gathering of nations. He'll be showcasing the growing importance of an informal alliance of those four countries to counter China, known as "the Quad."

Piers Morgan 'thrives on the uproar' over Meghan Markle

Piers Morgan isn't bothered by the commotion following his public criticism of Meghan Markle, sources confirm to Page Six. The bombastic Brit revealed he was forced to leave his job on "Good Morning Britain" because he wouldn't apologize to Markle for disbelieving her claims about her mental health, but a source who knows him tells Page Six he isn't concerned and "thrives on the uproar."

Giving the Basics volunteers loading up items for delivery. // Photo courtesy of Giving the Basics. In 2011, Teresa Hamilton was contacted by a close friend who was newly divorced with six children and struggling to make ends meet. They were requesting food donations from the local pantry, but basic necessities like shampoo, toothpaste, laundry detergent, diapers, and toilet paper...

Java junkies, rejoice! Messenger Coffee Co. is bringing their farm-direct, locally roasted coffee to the Country Club Plaza. And, before you ask, yes-both stores will feature IBIS Bakery's famous, local pastries and breads. It's a perfect addition to the Plaza-a beloved local coffee brand coming to one of Kansas City's most iconic locations.

Have your umbrella and rain gear ready to go if you are heading out for the evening and don't pack it away this weekend. Rain and cool air has moved in already and will stubbornly hang around this weekend while an east wind whips in at a blustery pace adding to the level of goose bumps you will have if you spend much time outside.

Maroon 5 - Beautiful Mistakes ft. Megan Thee Stallion is the song of the day and this is the OPEN THREAD for right now.