Kansas City Back To The Grind Monday 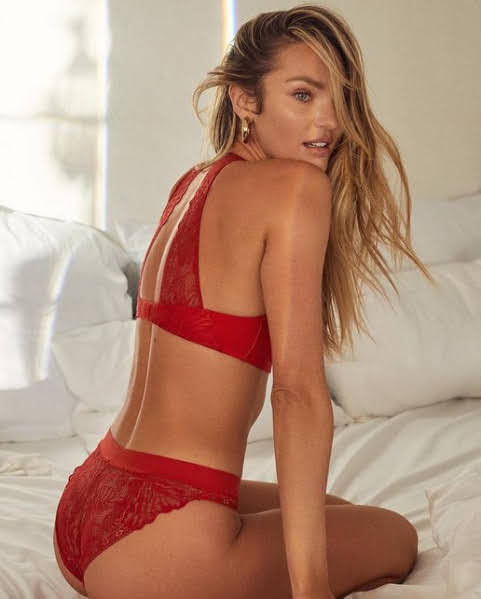 Right now hottie Candice and her dedication to an embattled panty brand inspire us to share even more pop culture, community news and top headlines.

Ahead Of KC News Game

Nick's Picks | Everything You Need to Know This Week

With memories of sub-zero temperatures still fresh in our minds, it's worth mentioning that it's going to be in the 50s and 60s all week. And no rain is expected. So don't be afraid to leap, jog, skip, run, bike or take the dog for an extra-long walk this week.

OLATHE, Kan. - Whenever an aircraft takes off and lands, there is a chance the plane hits a bird. To reduce the odds of a collision, the Johnson County Airport Commission employs a wildlife biologist to manage the skies at the county's two airports.

Victoria's Secret has soared in value during the pandemic

Victoria's Secret is about to hit the block again - and the company's price tag is set to grow a few sizes. Less than a year after a $1 billion deal to sell the struggling lingerie label got scrapped with the onset of the coronavirus crisis, the company is now preparing for a sale or a spinoff that could fetch more than four times that figure, industry experts told The Post.

Biden to allow migrant families separated under Trump to reunite in the U.S.

More than 5,500 families were separated under the Trump administration, and Biden entered office with the parents of more than 600 children still having not been located. So far, the task force has made headway in reuniting those families. Mayorkas said approximately 105 families have been recently reunited.

Trump, Melania were vaccinated for Covid at the White House in January

Former President Donald Trump and former first lady Melania Trump received coronavirus vaccinations in January at the White House, a person who works for Trump told CNBC on Monday. Trump, who left office on Jan. 20, did not announce at the time that he and the first lady had been vaccinated.

'We don't take it for granted': Le Fou Frog celebrates 25 years in Kansas City amid pandemic

KANSAS CITY, Mo. - With the pandemic approaching its one-year mark in Kansas City, one beloved restaurant is still going strong at its River Market location. Le Fou Frog brings French cuisine to the community with a resilient spirit behind their dishes. Barbara Rafael, co-owner of Le Fou Frog, is a lifer.

The Hunter Dozier contract shows why the Royals are different

KANSAS CITY, Kan. - The COVID-19 vaccine is considered safe even if a person is sick. However, there are some circumstances when it is best to delay, according to a local doctor. Dr. Dana Hawkinson, medical director of infection prevention at University of Kansas Health System, said minor illness wouldn't cause a person to have a negative reaction to the vaccine.


I really don't think anyone cares about Mahome's toe.

not sure about eating at le fou frog right now with their low ceilings, a cozy snug place like that

late 1980'-early 90's one could be driving westward on 150 towards olathe and see a hawk on every telephone pole from like switzer to like neiman/black bob streets right at twilight.

there never used to be geese around here. they brought some down from the state of minnesota i think to the smithville area. little by little they started making babies, made their way to surrounding ponds, then over the river to wyco lake and just kept going southwards.

Whilst talking about Immigration and the left, we must announce the birth of Alec Baldwins 6 th child . Did he get to pick it's gender and race like his wife did hers? Asking for Pablo ( don't confuse this child with the one he verbally abused for being a fat pig) now lets get back to immigration. How do you say onion ?

Sidney Powell has lied extensively in her lawsuit petitions. There are many fraudulent statements. She offered no proof of fraud, not even a small item. Only that she wanted Trump to win instead of Biden.

She is a crazy lady thats out of touch with reality and she is going to be considered a nut case for the rest of her life. I hope she gets the mental help she needs in a nice sanitarium and a padded cell. Her odd voice that sound like a monster from a cartoon belies her issues. Her Kraken lawsuit - a cartoon joke. Trump lost fair and square - unless someone can present 1 tiny bit of evidence to the contrary. And I dont mean the blonde bombi Rudi had at the hearing who was convicted of sending her naked pictures on her during sex to her boyfriend's wife. That lady was convicted of computer fraud herself! And seemed drunk at the hearing. Trump lost. He was FIRED!

@3:28 proof?
Or is this just another example of Trumptard fiction?
Nah. forget it, I don't care what bullshit you want to believe, but keep your lies to yourself.

^^^ idiot, he did get them back together and promptly sent their asses back to Mexico, plus the left conveniently forget that those kids came to the us without their parents another fact that idiots like 5:50 conveniently leave out.

Proving the left wing nut jobs to be liars is just to easy.


whew! the nausea from horrific pics of grotesque Hitlery & Peelosy rescued by the gorgeous Candice pic.

Fair and balanced reporting by TKC!