DEATHS OF DESPAIR: AUTHORITIES SUSPECT MISSOURI FATHER SLAUGHTERED SONS AND THEN KILLED HIMSELF!!! 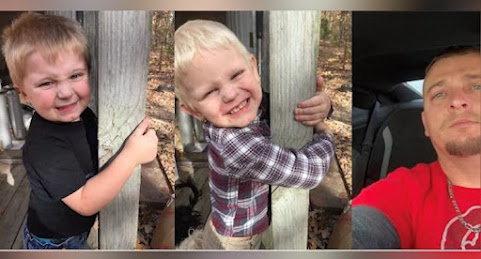 Local red state reality check and a glimpse at real life in rural Missouri amid partisan debate for political power that never really benefits people on the low end.

Darrell Peak suffered from depression and has made suicidal statements in the past, according to the Missouri State Highway Patrol. Family members told authorities Peak’s behavior was out of character. Family members worked around the clock to try and find the three. A few of Peak’s other children quickly began a search in the Springfield area.

Darrell Peak and his two sons Mayson Peak, 3, and Kaiden Peak, 4, disappeared Thursday night. Investigators found their bodies in an area off of U.S. 65 near Warsaw Monday evening.

Greene County investigators say the search for a father and his two children became more concerning as time passed. Investigators presumed Peak had no plan to return to the Springfield area. Detectives made several attempts to have an Amber Alert issued, but this case did not meet the criteria . . .

A Missouri State Highway Patrol Trooper stopped to assist Peak on State Highway 65, also north of Warsaw, around 5:30 p.m. According to the trooper, the children were with Peak at the time and appeared to be fine, but their father also declined any assistance.

Except for in a drive by. Stuff like that.

And how many blacks abort starve and mistreat their kids???? You can't compare blacks to whites when it comes to killing. Blacks are off the charts.

^^and yet it's you who's comparing you worthless white racist. Who's next to deflect and defend him? Weird.

Oh Chimpy. Facts and data. Learn about it! Or just count bananas lol

Man TKC, you can really spin a tragic story to fit a political narrative. Shameful

Dang it, only leftist narratives should be allowed!!

You should call 911 and have the PD send over a therapist....

Tab, you're revealing way too much about yourself and nobody is asking.

I don't see anything political about that post at all. Are you denying that Missouri votes Republican?

rip kids, dad you shouldnt have done this