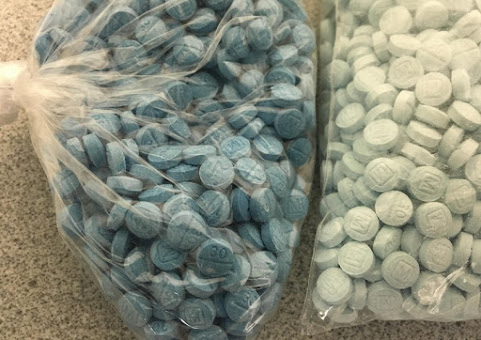 The Kansas City "nice side of the bridge" now endures another symptom of the ongoing American opioid epidemic that has only worsened amid the ongoing COVID plauge.

Translation and what the MSM can't spell out for the viewing public . . .

Political hacks attempt to capitalize on the suffering by blaming rising immigration or big pharma. Sadly, neither worldview offers much comfort to so many families who have lost loved ones to these accelerating death of despair.

KCTV5: Teenagers are dying from fentanyl pill overdoses in the Northland, police say

KMBC: An increase in overdoses have been reported across the metro, the most overdoses have occurred among teens in the Northland, police said, "Some have survived, and some haven't."


What does anyone expect the democrats are pushing drugs. Most hardcore drug users started out with marijuana just like most hard core liquor alcoholics started with beer.

^^3:03 Heroin itself is now an entry-level drug, you stupid cocksucker.

Legalize all downer drugs. Increase penalties for possession of uppers like PCP and fentanyl. It's the people who are high on uppers who cause most of the trouble.

what kids do for soul enrichment in a POS town full of assholes.

fentanyl is a downer jackass.

But,but, but drugs are safe and we need dope stores.... dumbass liberals. This blood is on your hands

i considered punching a really big guy once downtown at the river market when i was stoned once. But he was big, and instead i ran into a door.

george soros is giving drugs to the cabal of baby eaters

FFS is that the topic 5:36? If it is then what about rush limbow underage sex tour of the carribean. neither party can claim to be morally superior, they both suck.

When white kids start dying then it becomes a public health emergency. Black k ids die everyday without much of a news blub. FOH

Fentanyl is not habit forming.
I have taken it every day for years without a problem.

Smack....get back in your crying closet bitch