The post-Trump economy impacts the low-end of the Kansas City news game exceptionally hard as readers are no longer motivated to open their wallets now that the supreme MAGA leader no longer occupies the White House.

THE KANSAS CITY DONATION NEWS MODEL HAS QUICKLY DRIED UP!!! 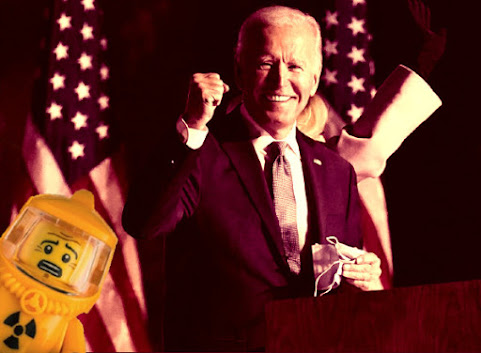 Of course we know all about the low-end of the cowtown news game and we didn't really need any help crafting a post on the topic. HOWEVER, this tidbit was confirmed to us by a fellow local news traveler asking about economic opportunity in another writing avenue . . . We did our best to offer help and merely inquired about a local publication that cast aside this tireless worker despite claims that the publication was supposedly doing well with support from readers.

"It's over. After the election there wasn't any more money coming in. You can't blame COVID either because people were donating right and left when the lockdowns started. This is like second depression for local news. Things were never good but there was a hope that 'memberships' would provide some stability since the bottom fell out of advertising. That didn't turn out to be true.

"People loved supporting editorials and reporting taking on (Prez) Trump and his KC supporters.  Now the demand is gone."

That's kinda sad and the only hope is this dire situation is the return of MAGA to the political discourse. Meanwhile, Missouri Senator Josh Hawley is the new local bad guy but he doesn't have the same kind of super-villain clout of the former Commander-In-Chief.

Full Disclosure: On less than three occasions this blog begged for money online just like every other purveyor of the written word and the response was about three times better than what I expected. Just like politicos, there is always money out there for people who are willing to provide written support for the powers that be . . . But that's not really a viable biz model, just a good hustle that's subject to shifting political winds, very much like everything else. Hint: Yes, things are changing soon on this blog as well. But they always have "evolved" slowly.

In the final analysis we share this bit of bloggy bad news if only to provide a glimpse at the adventures of workers at the bottom level of journalism manufacturing who are only a tad more cleaver than so many social media denizens who give their labor away for free in hopes that content creation leads them to untold riches. Good luck!

Get a real job.

Trump is still living in the libs heads rent free. Too funny!! Fuck you libs.

Hopefully the MSM will also start ignoring Trump, so he can fade away into the nothingness that he sprang from.

They lost people when they told one lie after another for four years, this is their penance for being fake news for profit. They all deserve to die

Pretty sure we're talking about the alternative magazine in KC that is now being mismanaged and run into the ground. Too bad some very great people work there and they have an archive that's worth saving. But that's what happens when new money thinks they can Waltz into a profession but they've never worked in before and take over. The title of this post should have been: hipsters ruined KC journalism. It actually has very little to do with Trump. That guy is a lot less consequential than anyone gives him credit for.

^^^ nah, I'm paying "dreamers" to do all that work. They are better than KC chumpster Chuds.

In 1 year, Donald Trump will be the average age at which American men pass away. With his added stress, new potential prosecutions, and a pending divorce, I would guess he won't be around too long.

He is older than dirt

You lost MAGATS. Get over it.

Did you see Joe interviewed today? He could hardly get a sentence out. He even referred to a card from his pocket, Seriously, this guy in in dementia.

DeSantis will be the next U.S. president. Trump will strongly back him and bring that huge pool of votes to the Florida governor. This pool will combine with millions hurt by Biden's stupid economic and environmental decisions, which will kill jobs.

John Kerry and Joe Biden advise the alternative media crowd to move on to solar panel jobs in China.

Does this mean those laid-off workers aren't going to be able to afford Biden's $5/gallon gas? We're going to be there before you know it.

Anti trump was always a leftist grift and mind fuck.

What did the bad orange man do that was actually bad?

Not guilty. Suck it.

Typewriter repair is a dying profession that still pays good.

You cut off your noses to spite your faces. You can always learn to build solar panels. 😏

^^Parlor. We're sick of you and you lie constantly. plus you're boring as fuck.


TRUMP WAS NOT DEFEATED. TRUMP WON BIG HE IS THE PRESIDENT OF THIS COUNTRY. There are going to be a lot of other things happen after the biggest act of tyranny this country has ever seen in out lifetime and that is democrats aren't going to get hired on jobs and they will either be evicted or pay more for rent. I for one will NOT rent to them!!!!!

^^and yet nobody wants to live in your rusted-out trailer Cletus. Weird.

Trump is going to jail on massive income and real estate tax fraud. So is his family members. Melania has nude pics of herself in lesbian setting all over the internet from her modelling days in the 1990's. Google them.

What a legecy Trump doesnt leave...