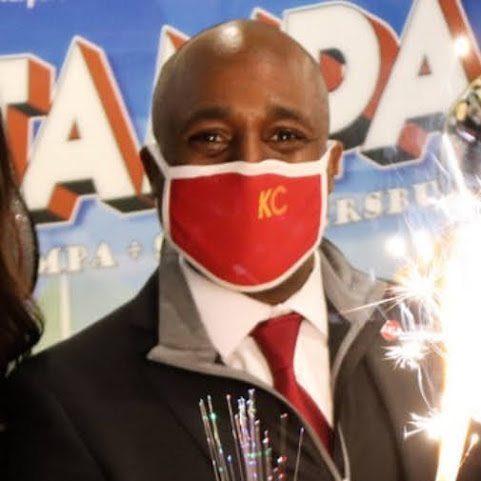 A worsening homeless crisis, continued COVID outbreaks and a winter storm on the way has Kansas City voters noticing an absence of leadership at City Hall amid the darkest days of the pandemic.

Now, the sample size was about 500 and taken not just from a newsletter project we're working on behind the scenes but also gleaned from recent social media responses to the mayor we've seen this week from voters we could identify who live within city limits. Respondents were typically male, leaned conservative but were equally divided among Black, White & Latino. Responses from female voters were weighted more significantly given that it's pretty much a sausage fest around here . . .

At least 54% of KCMO voters TKC surveyed had a negative view of Mayor Q's trip to Tampa.

Nearly 3/4ths of all JoCo voters who responded or sent word our way viewed the mayor's trip negatively.

There's a lot of reasons for this opinion but here are a few of the better responses we've received . . .

"It's hypocritical. The Mayor is asking people to stay safe and stay at home but he's going to the biggest party in the country. That's not leadership. It's 'Do as I say but not as I do' -- I expected better from him. This was an opportunity to take his own advice. He failed, big time."

"If it snows more than an inch in KC we're going to need some serious help on our streets. The mayor living it up in Tampa shows us that he doesn't care about the management of our city. He just wants to be a celebrity."

"It's his job to promote Kansas City. You can't blame him for it. For him, it's probably not as fun as people think. The Super Bowl is also part of getting things back to normal. He has been vaccinated so he's not putting anyone at risk.

Alternative take and a reply we had to grade as neutral . . .

"Nobody cares about the politicians at the game. It may be a big deal to a few people but the game is about the players and the final score. The mayor can watch wherever he wants, most people at the game won't even know who he is . . ."

"Q's a young guy. It's obvious that he just wants to party. Who cares if KC is going down the tubes while he enjoys his comps. Sad."

Feel free to challenge KICK-ASS TKC SCIENCE but it should be clear we're being generous with our study and the average voter likely disputes the mayor's publicity tour during a pandemic.

He looks like he's having a good time. Good for him!

For a year he's been telling everyone else to stay home.

Think about how many funerals people missed. People who wanted to be at the bedside of their loved ones but couldn't.

He should be ashamed.

The mayor is doing his job.

So I guess we have to decide, do we want a mayor who goes to parties and posts pretty pictures or do we deserve somebody who actually wants to help the people of Kansas City.

I challenge "TKC science" and I call b.s.

If you really did a survey and a poll then post just one spreadsheet and show your work. If not total B.S.

NPR called, They have your mother's tote bag. Piss off.

Asked why he traveled to Tampa during a crisis time for homicides, homelessness, Covid-19, and the budget in KCMO, Quinton said he couldn't pass on the chance to enter Raymond James!!!

If this is all the poll "respondents" are concerned about, they really haven't been paying attention to this clown's antics, terrible judgment, and poor decisions.
Since day one, he's been digging KCMO into a deeper and deeper hole.
Trying to represent the kiddie corps and the black community to the detriment of everyone else is really not either a political or financial strategy.
And exactly WHO is he representing the city to at a football game?

The fear of catching something has been thrilling homos since the early 1980s. Besides it ain't Lickass's money.

Wonder if any of those Ozarks bimbos he partied with are down there with him.

Bad optics and decisions are mayor lickass and no balls trademark.

He must’ve thought that since he put the black panthers in charge of security everything would be fine.

Nothing has been fine since he became the illegitimate mayor.

He has become the most embarrassing thing that’s happened to kc evar.

I never swear on your site TKC but I'm going to now. Delete if you think appropriate but White's JACO is all about fear mongering STAY HOME!!! DON'T GATHER!!! Q hides behind his petticoat.

Q's Archer and White's JCHD are actively, incessantly, relentlessly posting the "evils" of human contact and Q does this?!!!!!! fuck him (that's right, he doesn't even rate capitalization or punctuation) We're one of the businesses he's helped chop down or close (we're down 50%, our 14 employees are the only reason we're haning in there, they need us more than owners need the business) and he's going to the biggest party on earth? fuck him

What black isn't self infatuated with himself when he gets some where in life ? Two faced hypocritical faggot.

With all that the normal people in this area have had to put up with this year having politicians cut the line on every possible thing like vaccinations, Super Bowls, regular Chiefs games and other things gets old, real old. Mayor Q is especially bad about it. It is not setting a good example, it is rubbing our noses in it.

February 2, 2020 that the Kansas City, Chiefs defeated the San Francisco, California from 31 to 20.

At the Kansas City, Missouri Chiefs well hopefully win the Super Bowl for the second time.

But congratulations for the Kansas City, Missouri Chiefs on winning the Super Bowl in 2020 of February 2.

Kansas City, Missouri of the Kansas City chiefs stadium that’s located at arrowhead Stadium also won the Super Bowl in the year of 1970..

They Kansas City, Chiefs was at 31 versus the San Francisco, California that was at 20 on February 2, 2020.

What? A Democrat politician who likes to rule over others, but doesn't like to follow his own rules? I am shocked.

On January 24, 2021 at arrowhead Stadium in the city limits of Kansas City, Missouri.

AFC championship January 24, 2020 at arrowhead Stadium that the Kansas City, Missouri Chiefs had one versus the Buffalo Bills of the national football league.

I believe the city has had enough of this mayor. Time for change folks.


The black racist mayor isn't going to do what he makes others do are you kidding me? He's an ignorant black racist piece of crap that's trying to put all white people out of business even if it means spreading the virus. This moron is the most racist gutter trash since the Obama's.

Mayor Lucas heard there are a lot of Bucca-Rear fans in Tampa Bay.

Is he going to provide up with the number of dicks he sucks while he is there or will we have to read about it in a police report?

And the douchebag should never have went to the covid bowl after all the dumb shit he’s done to this city, he’s an arrogant pompous piece of shit who’s hasn’t done one good thing for us and he’s rubbing it all in our faces. Typical black you owe me attitude.