The Pitch: Better Or Worse?!? 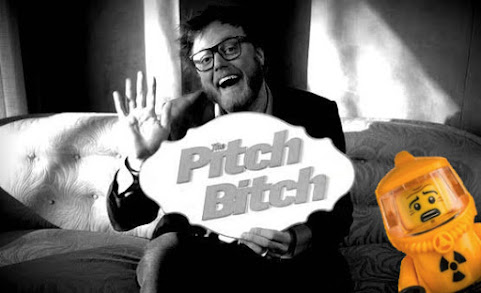 The new editor is celebrating his first year with the struggling "alt" magazine and sharing yet another mission statement.

“A real place for dirtbags,” summed up the common refrain. The tone by which it was delivered was, however, one of pride. For those that had grown-up or grown-alongside The Pitch for decades, it had been a voice for the people. A place unafraid to get down into the dirt and scrap it out. And, by extension, the sort of place that would harbor a spectrum of untethered human beings, with exactly the right blend of talent and madness to engage in such endeavours. A cabal of chaotic good. A brotherhood of madness. Positive assholes positively grinding every axe at their disposal.

Sadly, that really doesn't describe the magazine at all.

Mostly, The Pitch is just progressive talking points posted by a litany of no-name post-grad hacks.

That's not so say they haven't scored some decent stories and they're still worth checking out from time to time. Moreover, we don't want them to post right-wing or even middle-of-the-road stories . . . The Pitch has NEVER done that . . . What's missing is any challenge leveled against our local establishment from a truly alternative perspective. There are plenty of "leaders" to joke, clown and mock . . . Sadly, we've mostly just seen a celebration of a Summer of rioting that we could simply watch on CNN rather than any deep dive into Kansas City cultural logics.

But the fact is, I haven't picked up one of their magazines in 4 months.

Most of the content seems just doesn't seem connected to Kansas City or Midtown by any common thread or voice.

TKC wants The Pitch to succeed but at this point, if it stopped publishing there aren't that many people who would notice.

If they truly wish to be radical, they should go after the local politicians I.e. be conservative

Thought the new fag editor from cali died of the coof months ago.

Or was it just another publicity stunt?

The pitch is trash, not alternative or news anymore - like tkc says just a rehash of Dem talking ponts.

It take zero courage to publish the trash the pitch puts out - when you spout the same talking points as the ruling elites and party, globohomo corporations, the Waltons, the Kochs, Vanderbilts and Rothchilds, Hollywood, the MSM, The Banks, and every fortune 500 company you are NOT the resistance, you are the problem.

Will the Pitch publish stories about the biden administration - No 2000 stimulus, 600,000 dead from covid under biden administration, admits he has no plan, admits economy will continue to tailspin, invades north syria, American tax dollars subsidizing (((green))) energy in third world countries, 70,000 dollar rolex, continues to talk about MUH CLIMATE change aka more taxes and pointless spending under the guise of environmentalism, "what am I signing here??", wants to bail out hedge funders, takes money from China, "wear 5 masks goy", vaccinate prisoners before citizens, warmongering after Iran.

It's a bad sign for your brave, edgy, counterculture paper when most people have forgotten it exists.

Pack it in, kids. There's no shortage of amplifiers for woke talking points.

I just took a gigantic, greasy shit in a personal memorial to Black History Month.

I do miss the "Alternative Lifestyles" personal ads. That feature was separate from the Men Seeking Men and Women Seeking Women ads. So, alternative to the alternatives.

12:37 I'd actually get a subscription for stories like those.

Send these clowns to Bartle Homeless-Hall to help out and do something reasonable. Maybe they can do security and "check everyone"....

Keep publishing the pitch! I have used their papers as packing material for years.

Worthless rag for homosexuals and dopers. Ought to stick to food and entertainment. Better as a paper. Awful as a magazine. New guy needs to go be a barista.

Its decline started over four years ago when every article was anti Trump, even movie and food reviews. The mag/rag only attacked conservatives and Catholics and everyone else got a pass. There wasn't anything edgy or alternative about this paper, just the same biased crap mainstream media reports on.