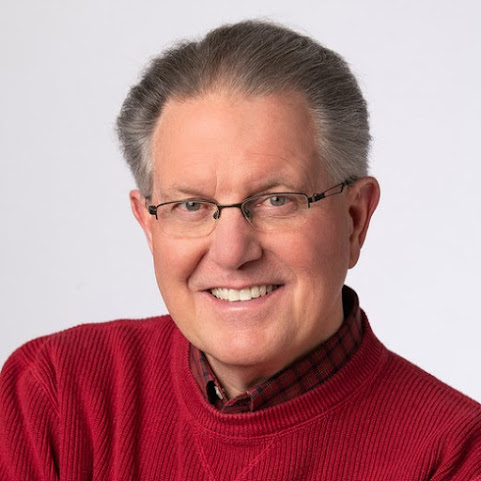 First of all, forgive TKC for failing to check in with a formerly famous cowtown weather dude politico during the recent arctic chill. This blog was (typically) hiding under blankets amid the crisis.

However, in fairness, the suburbanite Republican politico claimed he was giving up on FB and moving to Parler . . . Turned out that was an empty, pointless promise that he was probably right to break given that not even drunk uncles want to hang out amongst each other.

But I digress, here's the worthwhile follow-up from the former local weather dude . . .

KANSAS STATE SENATOR MIKE THOMPSON HINTS THAT HE MIGHT NOT BE GIVING THE COWTOWN 'PAPER OF RECORD' ANY MORE INTERVIEWS!!!

Here's the word and a forecast of continued icy relations betwixt the paper and the Kansas GOP . . .

"Shame on me. Anyone who knows me...knows that I try to be an accommodative guy. So, when a Kansas City Star reporter asked me for an interview about the power outages yesterday, I acquiesed. I should have known they were just using it for a hit piece....again.

"In their article they claimed that from speaking to "experts" that the wind energy has been the most reliable power source in this frigid outbreak. What they failed to point out was that if we relied solely on wind energy, we would all have had to cut our power consumption by 90%. Small problem...right?

"That would be like saying that the Kansas City Chiefs won a game because they have a really good water boy.
Go ahead...shut off coal, gas, and nuclear power and see how much power you get from wind.  And solar is laughable. Yesterday was the first day of sunshine in days...and there was 0% industrial solar.

"And what about the wind. What the experts have confirmed to me many times is that energy from the turbines is consumed within the region were they are located. So, yesterday morning when the winds were calm for hundreds of miles around Kansas City, it's a pretty good bet that almost none of the electrons reaching your homes came from a turbine.

"If you really want to see more episodes like this..by all means...keep on the path to a limitless expansion of renewables. Former Texas Governor Rick Perry said it best...we need reliable base load power. Wind cannot provide base load...period! To say otherwise exhibits a kindergartner's understanding of the power grid.

"I tried to give the Star a true picture of what was happening so that their readers would have a deeper understanding of the situation. Fool me once...shame on you. Fool me twice...shame on me. It won't happen again."

I don't see a downside for either the star or goofy Mike.

If we could only harness the wind from the KC City Council and MSM the system would overload with power.

Hayseed is such a fucking crybaby snowflake.

It's wonderful when people speak the truth. If only idiots would listen.

Mike's right on the money! The only thing the Star is good for is lining the bird cage......

It is amazing this clown was elected. He will be appealing only to those who cannot think for themselves. Fox News creates a following of non thinkers who can be exploited by these conmen politicians.

The guy makes dumbass banter while giving the KC weather for 30 years and somehow that makes him some kind of climatologist?

He's a CHUD dullard and a professional crybaby.

Fact remains your electric bill is going to spike like mad. It will spike another multiple if you don't have a gas bill. Science is pretty clear about loss of energy at each stage: loss converting fuel to electric, loss transmitting to home, loss converting back to heat, loss starting power plant when wind falls, loss at industrial batteries charged for switchover when wind fails. Did Tesla fans stay home? Has anyone checked the noise factor today by Isle of Capri natural gas power plant?

He's the last one that reads it anyway!

Thompson and everyone else should understand by now that "reporters" from the Star write the conclusion of their "story" first, because they already know the end of their narrative, and then ask questions of the person they're interviewing.
The Star can introduce climate change, racism, (fill in the blank) deserts, and all the rest of the SJW hot buttons into stories about pretty much anything.
William Rockhill Nelson would not approve of such antics, but of course, he too has been shown the door.
Sad.

Didn't "Mike Thompson" used to be somebody? Name is vaguely familiar.

I am getting the KC Star on Sundays only for $2:00. I told them if they raise the fucking price I quit. Worst paper I have ever read. Their editorial staff are a bunch of liberal jerks. My wife reads that Sunday paper and I have my Wall Street Journal.

3:11 has no clue to where our power comes from.

The Star doesn't care what Conservatives say. They are going to spew their Libtard, Socialist agenda and be damned any proper journalistic integrity or protocol.

mike used to be the weather man whose predictions never matched what i was seeing on screen radar wise - and deep down he knew that too.

Mike is DEAD ON THE MONEY right.

What do libs do when they can't argue facts? Whine of course. Keep it up dipshits.

Mike is correct. The Texas regulators fell for the green money and screwed up their state.

It should be obvious to one and all by now that journalists can't be trusted to acknowledge facts that do not fit their preferred narratives. Just stop talking to them.

You, Mike, have nothing to say that I want to hear. Cookie-cutter pablum from the right is insulting.

^^And yet any two sentences he says are much more valued than any of your two worthless sentences.

They really voted him in as a senator, get the heck outta here


he's the guy who, years ago, as still a weather person on TV, said there was no climate change. he's a Right Wing whacko.

^^^^ Fake news! Saying that there is no such thing as AGW is not the same as saying that the climate does not change. There are myriad other causes for climate change than human activity.

Did not know he was elected! And with no term limits in Ks this rube is gonna stick

All the hate Mike got for speaking the truth. Wind and solar are fine as auxiliary sources of power. The base of your power must be nuclear or fossil fuels. Industry cannot run on renewables. Renewables cannot heat homes, power electric cars, and keep our economy moving. The typical left tactic if you don't like the message cover your ears and demonize the messenger.

That not totally true. They help keep the unemployment office full so all those goverment workers have a job processing claims for former Star employees

You prefer the variety excreted by the left.