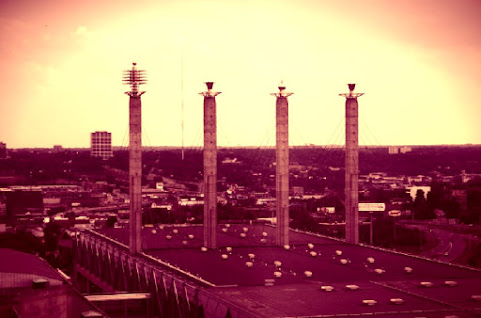 The current administration believes that saving lives is a priority and questions about the management of  homeless facilities have been downplayed and deflected.

AMID A BUDGET CRISIS AND LOOMING BANKRUPTCY, KANSAS CITY IS SPENDING BIG BUCKS ON THE HOMELESS!!!

Here's an important overview of expenses that have so far been unchecked . . .

KCMO is spending $1.25 million for the cold weather months for so called housing.

But at $70.00 a day per person it doesn't seem like a lot until you uncover the expenditures and what the city is really paying for . . .

Bartle Hall is a city owned building so why is it costing so much for them to house people there??? That's a fixed operational cost the city incurs already.

With a budget shortfall of $70 million you'd think there would be better accountability of funds spent.

KCUR: For Kansas Citians Out In The Cold, Finding A Warm Place To Rest Could Be Life Or Death

MC: Help the homeless in south KC come in from the cold

People are more important than money. Sorry but these questions are invalid!

Mayor McDrinkerson! Wake up! I know hangovers are tough but the people you pretend to govern have questions.

Looks like Hope Faith is feeding the guest 3 meals a day, has some staff to assist guest and pays for security on site. I’m guessing that’s where the other $$ go. Not saying it’s the best use of 700K but it is what it is under QBall.

Why not get the Black Panters to provide security for free? What could go wrong?

Buy all the homeless a one way ticket to LA on Southwest. It’s cheap. They will happy and warm in LA. More benefits.

Yes! Then we do the same with all the geezers! They are worse than the homeless! Good idea gramps, who do talk to about that!

When do I get my cold weather check?

1:32 Florida is the only place to go, only fags, misfitsit’s and just plain worthless idiots go to la. Florida is run by normal people with brains so.....

Where is the International brotherhood and sista hood of the homeless when you need them.

So the city starts with a $70 million hole in the budget and with cleaver planning, careful management, and precise execution to address the homeless issue, it's now $71.25 million upside down.
Don't know much about arith--me--tic!
If only all those hundreds of millions of insider consultant, developer, and special interest dollars squandered over the years could somehow be recouped.
When you're in a hole, stop digging!

12:29, nice example of the false choice fallacy. Questioning costs does not mean tossing the bums out in the cold. If providing shelter can be done more efficiently, the city should do that.

Jesus Christ you idiots are getting an education in democratic party SOP, you have to factor in 50% of costs to be siphoned off in consulting fees, kickbacks, and payoffs to your family, friends, donors and benefactors.

Just wait til the covid "relief" money really starts flowing. You won't be able to find a new escalade for sale within 500 miles of KC.

What's a million or two among friends?

TOP PHOTO -- PILLARS OF THE COMMUNITY

Gonna find my Bartle, gonna hold her tight
Gonna grab some that warm delight
My motto's always been "When it's free, it's right"
Why wait until the middle of a cold, dark night
When everything's a little clearer in the light of day
And we know the night is always gonna be here anyway?

What a wonderful opportunity to lock the door about midnight and then light up the incediary devices! Smoke the homeless! Bonus points for toasted Panthers.

I hate the smell of burnt cat but can make an exception in this case.

Why don’t they run the streetcar all night so they will have place to stay at night too?

Hold an Auction, selling all the new Dodge Chargers and Escalades in the parking lots of the free housing all over the Metro. Use that money to house people that actually want a home instead of a free ride while riding in a $80k SUV with gold trim and 5k spinners. True dat bitches.

I am so glad I no longer work downtown in KC. I was just a walking wallet where I paid 1% of my income in "earnings tax" to this cesspool, liberal Democrat city government. The only decent thing KCMO did was build the Power and Light District...I am amazed they got that done. Now, they are pissing away money on the homeless. Why not just give each homeless person a one-way bus ticket to California? The weather is warm there and they have a liberal Democrat majority state government that will spend a lot more money for way fewer results for the homeless. We do not need nor want the homeless here. They are not welcome where I live, and if they ever showed up in my neighborhood they wouldn't stay long anyway.