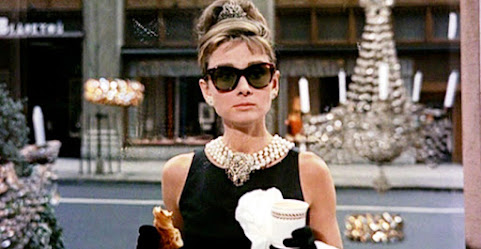 Depending on the world view of consumers, blame can be ascribed to the pandemic or "mostly peaceful" protesters operating during the 2020 election season who subsequently burned a police car, torched a TV news truck and cost at least a couple million worth of damage that doesn't include broken windows and looting.

Nevertheless and just announced a few moments ago . . .

This is a turnabout following their recent "Dear John" letter to the embattled entertainment district . . .

The luxury retail chain issued this statement: "After a brief hiatus, Tiffany & Co. is happy to reopen its Country Club Plaza store in Kansas City."

The newspaper is holding the full presser hostage behind their paywall but that's not a big deal because most of the scumbags who read this blog are too broke to care much anyhoo . . . And big money retail newsy tidbits don't exactly serve the public trust.

Nevertheless, we can count this as an encouraging sign or realize that quite a bit of local behind the scenes haggling probably "encouraged" the decision.

What happened is, they probably got a huge cut in rent to stay. The only problem with this is, it's very dangerous now and I noticed the employees aren't what they use to be, not many people who are professional want to work there anymore. With the way KC is now and the way it's heading I would have left like everyone else has. I hope they didn't sign a long lease. Big mistake, the Plaza sad to say is dead. I do miss the exhibits, the market, and Cheesecake Factory but I won't spend money or even go KC anymore. It will NEVER be the city it use to be.
2/8/21, 7:52 PM

Anonymous said…
hell, i was thinking mable taking a stroll down to the plaza behind hubby's back to visit with tyrell for a while and then i read tony calling us all lowlifes.
2/8/21, 8:51 PM

M said…
All I see is a bunch of racist biased comments. The comments blatantly speak to racial undertones.

African Americans have never really been welcomed on the Plaza anyway so I’ve never really cared to patronize those retailers. But for those that have; they’ve earned their money and have the right to spend it where they chose. You all are the same bigots who work with African Americans but sit with this racist mentality. It’s sad that you cowards won’t just come forward and identify yourself for the bigots you really are.
2/10/21, 10:56 PM