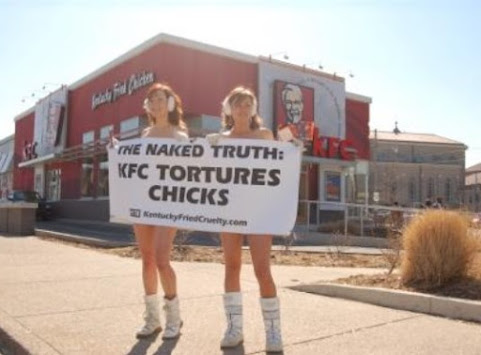 Most of what Kansas City feeds itself for the big game is garbage.

Accordingly, whilst critics might dispute these animal rights activists, there's simply no denying that their foodie recommendations for the Super Bowl provide much healthier alternatives. 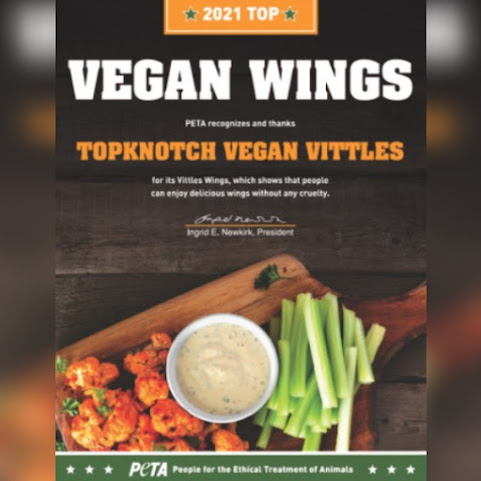 Kansas City, Mo. — In time for Super Bowl LV, PETA has scoured the country for the Top 10 Vegan Wings—and Kansas City’s own Topknotch Vegan Vittles won a spot on the list for its Vittles Wings, available in over a dozen flavors, including jalapeño garlic, Buffalo, BBQ, and bourbon.

“Whether you like it sweet or spicy, Topknotch Vegan Vittles offers all the flavor-packed vegan wings you need to fuel a night of cheering on the Chiefs,” says PETA Executive Vice President Tracy Reiman. “All the eateries on PETA’s list are making it easier than ever to enjoy delicious Super Bowl snacks that leave gentle birds in peace.”

Every year, hundreds of millions of chickens are killed for Super Bowl Sunday alone. As PETA reveals in its “Chicken in Reverse” video, birds killed for their flesh are crammed by the tens of thousands into filthy sheds and bred to grow such unnaturally large upper bodies that their legs often become crippled under the weight. At the slaughterhouse, their throats are often cut while they’re still conscious, and many are scalded to death in defeathering tanks.

Other winners on PETA’s list include the Drumstick Plate from Vegan International Co. in Tampa, Florida; the Seitan Wings from Double Wide Grill in Pittsburgh; and the Crispy Cauliwings from I-tal Garden in New Orleans. Yard House locations nationwide also offer vegan wings, which can be ordered with Buffalo, firecracker, Korean, or ancho BBQ sauce.

Each eatery will receive a framed certificate from PETA, which also offers lists of ready-to-heat wings available at grocery stores and easy vegan game-day recipes on its website.

PETA—whose motto reads, in part, that “animals are not ours to eat”—opposes speciesism, a human-supremacist worldview. For more information, please visit PETA.org.
#################

Honestly wondering how the fatty meat lovers will defend their poor choices.

I'm getting slab of ribs.

Ve have vays of making you talk, Mr. Chicken!

God created chicken to be fried or roasted. It’s in the Bible.

Colonel Sanders was a Colonel in the Army of North Virginia serving under Robert E. Lee before he started frying chicken with his secret recipe.

The secret to Colonel Sander's recipe is that he would drink a fifth of Jack Daniels then piss in the flour before breading the chicken for frying in order to give it a zesty flavor.

Look it up on CNN if you don't believe me.

I had Q39 the other night and it was pretty damn good.

Peta? You give a tip of the hat to those whackadoodles? You must be desperate