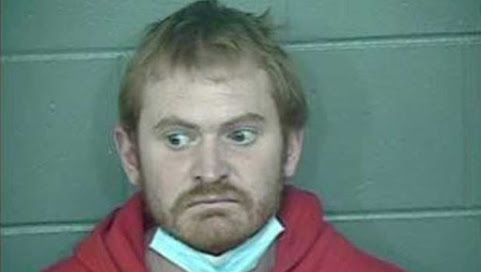 Trigger warning . . . Here are the deets of one of the most horrific stories we've blogged in recent local memory . . .

According to the Jackson County Prosecutor's Office, Bryan Snow has been charged with first degree felony endangering the welfare of a child - creating substantial risk and felony second-degree abuse.

According to court records, Blue Springs police went to a residence in the 400 block of SW Moreland School Road on Feb. 12 and found a 27-year-old woman stuck in the bathtub.

She suffers from Multiple Sclerosis and was unable to get out. According to the prosecutor's office, she "was suffering from horrific wounds from sitting in the tub reportedly for days." She was also sitting in "inches of human waste"

After being examined, a doctor said that she faced a life-threatening situation if she had not been treated.

Inside a bedroom in the house, police found two malnourished 5-year-old girls. One was "skin and bones" according to one police officer. They were eating out of a cereal bag.

During a forensic interview, the girls detailed other abuse.