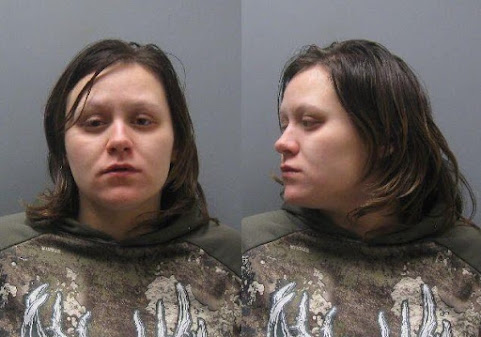 A 22-year-old woman and a male accomplice allegedly bound and suffocated an Independence woman, who was found dead days later in a duffel bag along a northwestern Missouri highway, according to court records.

Taylor Stoughton faces a second-degree murder charge in Buchanan County in connection to the 2020 death of 21-year-old Ariel Starcher . . .

On Feb. 5, 2020, while at the Sleep Inn on Northwest 97th Terrace in Kansas City, Missouri, Stoughton and the accomplice obstructed Starcher’s airflow until she was unconscious, then covered her mouth and nose with “a hotel wash cloth and available binding material,” a probable cause statement said.

Anonymous said…
Does the Sleep Inn provide Continental Breakfast or do you receive a hot breakfast of bacon, pancakes, biscuits and gravy etc. ?
2/22/21, 8:19 PM

Anonymous said…
With all the crime in Independence, it’s easy to be overwhelmed and get carried away.
2/22/21, 8:42 PM

Anonymous said…
^^^ Bandit is a fake tough guy. That's a dumb comment. Do you know that's a real person you're talking about.

Anonymous said…
It's the hot breakfast,just don't take any towels or washcloths they'll come after you
2/23/21, 8:13 AM