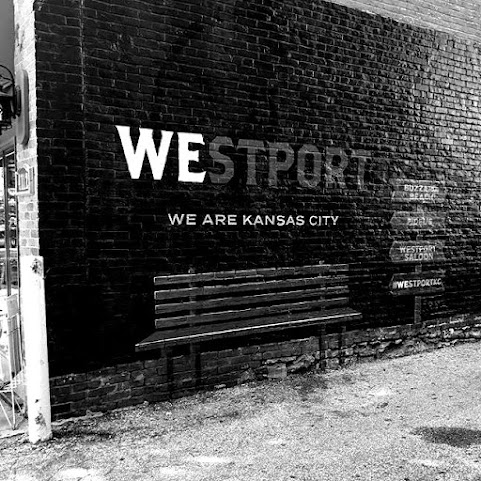 The camp at Westport & Southwest Trafficway is getting bigger and more organized.

The warming project is an effort from the Midwest Homeless Collective - They're aligned with several local protest groups like Stand UP KC and KC Tenants but they're even more broke.

For those familiar with the area . . . Homeless camps at this location aren't anything entirely new and police typically wait about a month before neighborhood complaints reach a crescendo in order to sweep the camp site.

However, given the "current political climate" we might see other strategies enacted to cope with the demands of politically savvy street level activists.

Westport residents are growing frustrated with the camps . . . Tonight a TKC reader is raising a ruckus across a few social media channels . . .

"WTF? Is this Base Camp Sixx? Is this permanent? Are we going to become Los Angeles? Seems like an enduring camp of tents & heaters at Westport & Southwest Trafficway intersection . . . They stepped up the camp during the arctic freeze now it looks like a tent city. Definitely time for them to go!"

don't be cruel. Give them drink coupons!

To bad the council in the 4th district doesn't care. They are homeless advocates.

Do they need Grey Poupon?

Should’ve nipped this in the bud at the beginning, now they have the ability to argue in court that the city allowed it.

Move them to Ward Parkway or Loose Park.

I thought Bartle Hall was the new homeless shelter.

As a bankrupt -- morally and financially -- newspaper standing up for the downtrodden, The KC Star will hire them all as unpaid interns to clean the restrooms during the day and let them sleep in the old Star glass building at night.

From their photo on Instagram it looks like they are camping out on that little triangle where Westport Road splits off from 43rd. Is that correct?

Surely it can't be. That would be the stupidest place imaginable to place a tent city. You've got four major roadways crossing there and they all lead out of one of the city's major drinking districts. When I lived near there at least one vehicle a month ended up on that patch for one reason or another. There are only a few trees to stop the cars.

these people need compassion and not complaints.

We need to think about solving homelessness and not just exacerbating the problem.

^^^ dream on, these idiots chose that life, it’s time for them to sink or swim in the real world.

At least the homeless are free. They can go anywhere. By comparison, Donald trump will lose his freedom and go u o federal prison this year


I'm sure most of us..except for black Affirmative Action scammers..had to start out in shitty jobs.. we worked them..then, hopefully ..worked our way up..

so..why can't these bums go out and get a job??

Not sure what aligned with Stand Up KC and KC Tenants mean considering those two NGO's have paid staff that does their organizing thing. Long story short, this instagram page was suppose to be down. The homeless union is not at westport, they are at City Hall

KC is getting so dirty... I think the homeless are taking over the city...

KC has always been grody and ugly.

There's a lot of homeless in the city. The Midwest has been hit hard and people are suffering.

Covid has provided one good item. The murder rate of young Millies by Blacks is down in Westport. While other areas have spiked, this area has not seen an overabundance of college age kids being killed by the African American Population. Obummer would be proud of his sons.

Only open in daytime. Guess it’s not cold at night.

This is why I never go to Westport anymore. Mayor has turned it into another Seattle by coddling bums and legalizing drugs for them. Shove your “compassion.” These people need to have job programs, not be given free reign to trash and destriy another American city.

Most people stop going to Westport when they get busted at the DUI Checkpoint between 35th and Linwood.

The seedy landlord at Westport always was the draw.

Free tickets to San Diego for all !!!

Looks like they're homeless. Does the homeless union only represent some homeless people and not others? What's the bar? People need to leave them alone, they have nowhere to go!!

You know a lot of people wanna be talking shit on the homeless. We are not just 'houseless', we are also 'lifeless'. People say they "live" somewhere, because without their home they are not living. We "live" in our homes. Maybe you were the smart one who did everything right, nothing bad #happen2u so you are in somewhere safe and probably don't even realize how good you actually have it. Something bad could have #happen2u along the way that would be totally out of your control, and you lose your place to live. So you are defeated in the sense that you have lost your way apparently. Doesn't even matter who's fault it is, the outcome is the same. The things that happened to me were very unfortunate, losing my daughter to suicide because she had fibromyalgia and was taking lyrica made by phyzer for pain. My daughter was the 1 in 500 who experienced suicidal thoughts and actions. She tried to kill herself 4 times while on lyrica, completing suicide in 2018. My husband was not very supportive at all. I asked him for a divorce and he violently knocked my front teeth out. My son in law was killed in an accident and my 2 oldest grandsons went from having parents to having no parents in less than a year. The power got shut off and our home was foreclosed on by my new father in law. My youngest grandson who was 13 mos old at the time was taken from my home and put in states custody. The johnson county sheriff removed my 2 grown sons (one severely disabled) and I from our home. I had told myself I must make enough money on my yard sale to get into an apartment and I didn't reach my goal. I instead lived in my van by myself for the winter. My decline was due to depression. Depression means loss of self control over ones life.

My son's and I are now staying in a tent city in westport where an out of control car could realistically take half of us out in a moment. Not to mention the fighting that goes on. No one wants their sons subjected to the total frustration and anger from people who don't take kindly to being classified as a fucking #hobo. Sticks and stones may break my bones but words will never hurt me.  Tonight someone shot off at least 12 rounds right in front of the camp at 2 am. I'm scared of what is going to happen to us next. When my decline took place and everything that could go wrong, went wrong, I had no safety net in place and became homeless almost 2 yrs ago. It has been shelters and the street. There were no couches of friends to fall back on. For over a year everything shut down because of covid. There were no resources available. The coronavirus has changed people. If people still have compassion they haven't shown it enough. I understand people are scared, but how do you think we feel. My oldest son suffered 4th degree frostbite on February 15th and is in the hospital now because they want to cut his big toes off because of gangrene. We have been through so much. I'm tired. We are not homeless because we want to be. We will take any help we can get to be able to have a home once again. I would give anything.