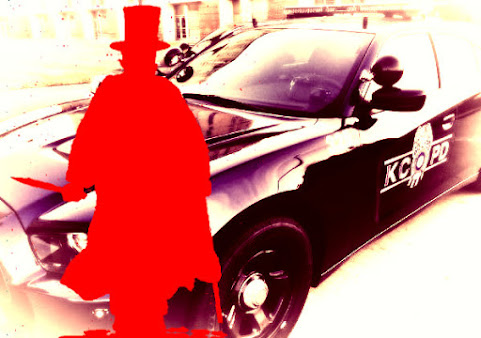 This afternoon KCPD works to put down local Twitter fear of a serial killer on the loose in the suburbs and in Midtown.

KCTV5 - KCPD: No, there's not a serial killer going around

The department tweeted out (a social media story which) claims that there's a victim count of "8-12 women" who have been dismembered.

"This has been going around," the department said. "Not true."

This is supposed to be reassuring but consider . . .

THROUGHOUT LOCAL HISTORY KCPD HAS RARELY ADMITTED THE THREAT OF A SERIAL KILLER UNTIL AFTER THE CAPTURE OF A SUSPECT!!!

A quick roundup and reminder that Kansas City has been a breeding ground for serial killers in the modern era . . .

- The "king of Kansas City serial killers" Bob Berdellla operated openly and was chummy with cops, FD and even some politicos during his Westport killing spree. Now his merch is for sale to macabre collectors.

- Lorenzo Gilyard was known as "The Kansas City Strangler" and he killed 13 women. Police denied the existence of his pattern and refused to talk about his work for more than a decade after his capture.

- KCK serial killer Marc Sappington stalked the metro unchecked for years until he was caught in 2001. Court records claim he stabbed one of his victims to death and even ate a small piece of their leg. At the time of his arrest, many urban activists complained that there was no warning to sex workers he targeted despite rampant fear of the predator among this community.

- Finally, in 2018 police accused a racist serial killer allegedly stalking near South side trails and targeting white dudes but only after he murdered six victims in the same vicinity using remarkably similar tactics against older white men frequenting parks in the early morning hours.

We're thankful to KCPD for newfound transparency and communication with the public about fear of serial killers who have a long history of operating with impunity in this cowtown and without much advance warning or acknowledgement from law enforcement.