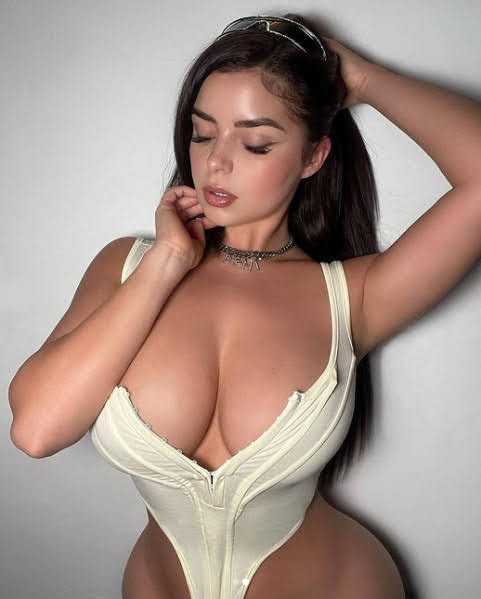 KANSAS CITY, Mo. - The Kansas City VA Medical Center reached zero patients currently hospitalized with active COVID-19 as of Tuesday morning. KCVA said this is the first time since June 17, 2020, that it has had zero acute COVID-positive patients in an inpatient status.

KANSAS CITY, Mo. - The chapel at Shelter KC in Kansas City, Missouri, is now a daytime warming center for people experiencing homelessness staying at the facility. Normally, the rescue mission asks men in its emergency overnight shelter to leave the building during the day in order to look for jobs and connect with social services.

She has managed to escape the UK's third lockdown as she spends time on the Spanish island of Ibiza for work. And Demi Rose commanded attention once again as she uploaded a typically racy image to Instagram from her Spanish trip on Monday.

Biden dismisses a Democratic plan to wipe out $50,000 in federal student loan debt

Biden bluntly rejected a Democratic plan to forgive up to $50,000 in student loan debt on Tuesday. "I will not make that happen," he said at a CNN town hall event, adding he didn't believe had the unilateral authority to do it. The plan was put forward by Sens.

Trump blasts McConnell as a 'hack' who lacks 'political insight'

Former President Donald Trump on Tuesday slammed former top ally Mitch McConnell as a "political hack" who "doesn't have what it takes," days after the Senate minority leader voted to acquit Trump at his impeachment trial while criticizing his "disgraceful dereliction of duty" on Jan. 6.

The White House on Tuesday reaffirmed that President Biden backs a controversial plan to create a pathway to citizenship to at least 11 million illegal immigrants -- as the White House and congressional Democrats are expected to formally unveil a sweeping immigration bill as soon as this week.

Americans hoping to get a coronavirus vaccine who aren't in a priority group may have to wait an additional month or two, according to Dr. Anthony Fauci. The nation's leading infectious disease expert had recently predicted that anyone who wanted a vaccine would be able to get one by April, but now he says they will have to wait until late spring or summer.

Shortly after releasing " What Other People Say," Demi Lovato and Sam Fischer have revealed a video for their collaborative single. Directed by Dan Cerny, the clip opens with Lovato sitting in a dark train as it pours outside. After she meets up with Fischer, the duo stands on top of the moving train, singing into the night.

KANSAS CITY, Mo. - Mention Kansas City to people in other parts of the country, and they probably think of the city's famous barbecue. Mention barbecue in Kansas City, and many will say Gates Bar-B-Q is among the best. The restaurant had humble beginnings, starting in the late 1940s when George Gates traded in job [...]

Who will the Chiefs play next season?

KANSAS CITY, Mo. - Over two weeks have passed since the Kansas City Chiefs' Super Bowl loss to the Tampa Bay Buccaneers. As they prepare to officially begin the 2021 offseason, the team has released who their opponents will be for the upcoming season. The exact schedule will be released at a later date, but [...]

Skies will quickly cloud over this evening helping temperatures to hold steady through the overnight hours. Expect a pretty quick drop to lower single digits followed by an out the door temperature in the same range. There is a chance for a little light snow by daybreak with much of the accumulating snow found south of I-70.

Sam Fischer, Demi Lovato - What Other People Say is the song of the day and this is the OPEN THREAD for right now.

Abby Hoover Managing Editor Residents of more than a dozen apartments at 504 and 506 Gladstone Blvd. were left out in the cold after a fire broke out in the early morning hours of Tuesday, Feb. 9.

McDonald's Is FINALLY Bringing Back Hi-C Orange, And I Am Crying

From Women's Health McDonald's announced that Hi-C Orange Lavaburst-which you might know best as Hi-C Orange-is officially coming back to menus nationwide. This drink first came to McDonald's in 1955 (!!!) and developed a massive fan following for how perfectly it paired with a Big Mac and fries.

If you're reading this, congratulations. You haven't turned into a human popsicle. Not yet, anyway. This week, the Kansas City area is doing its best impression of Stalingrad, with temperatures dropping well below zero. As this is written, the temperature outside is a whopping -6 degrees Fahrenheit. Brrr.

'Peace of mind': Many Kansas communities avoid blackouts by producing their own power supply

WICHITA, Kan. (KSNW) - While a majority of Kansans rely on power companies to give them electricity, some do not have to because they have their own power supply. Dozens of Kansas communities are part of a public power group and they each provide their own power almost like an engine.

The CARES Act passed by U.S. Congress last year allowed states to block the first stimulus payment to people who owed child support. Last April, Gov. Mike Parson said he was supportive of using that approach. "If you owe for your children, you need to pay for your kids.

JEFFERSON CITY, Mo. - Some of Missouri's top teachers are asking the state to make educators a priority and get them vaccinated as soon as possible. Five Missouri Teacher of the Year award recipients sent a letter with their request to the state health director. Teachers fall under Phase 1B-Tier 3 in Missouri's vaccination plan.

TOPEKA, Kan. - Kansas is likely to have pockets of a new, more contagious coronavirus variant first identified in the United Kingdom, and public health officials believe it could become the state's dominant strain, the head of the state health department said Tuesday. Dr. Lee Norman also said that winter weather across the central and eastern U.S.

Kansas City metro area health officials are grappling with how to handle continuing case count increases after reopening businesses more than four months ago. What you need to know:The Kansas Department of Health and Environment said Monday the state has 287,450 confirmed cases of COVID-19, and there have been 4,406 deaths since the outbreak started.

NORTH KANSAS CITY, Mo. - Clay County is the first county in the Kansas City metro to hold a mass vaccination site, and there's already been some confusion about it. Some signing up to get the vaccine at Cerner's headquarters in North Kansas City are afraid they'll be turned away, but Gov.

The Coruzant platform features top technologists and executives from around the world in the form of podcasts, videos, live webinars, and technology articles. More importantly, Coruzant is focused on bringing more diversity to the tech and STEM fields, particularly for women.

Abby Hoover Managing Editor Kansas City Public Library has recently been awarded two grants, one that will bring a Mobile Device Lab to Kansas City, and the other will advance summer youth programming. The new Mobile Device Labs, funded by the Missouri State Library LSTA/CARES Act grant, are the newest effort to help bridge the digital divide and bring valuable resources and programming to area organizations.

In our City of Fountains, this one stands for racial unity

The City of Fountains is home to one in particular that evokes immeasurable pride."There's no bad history behind this. Only positive motivation and pride in the city." said Elliott Threatt, who can also add personal pride for the fountain. His father is among the city leaders who commissioned the "Spirit of Freedom" fountain.

Ollie gates got his, so what?

When Demi opened her massage business it was originally all-Swedish, but due to popular demand she started doing hot stones too!!!

"Trump blasts McConnell as a 'hack' who lacks 'political insight'"

And yet McConnell won reelection... by a lot, and Trump... didn't by a lot. Weird.

I think it's racist to promote a business based on color. Should we promote white-owned businesses?

And the top photo guy wins ANOTHER ROUND!