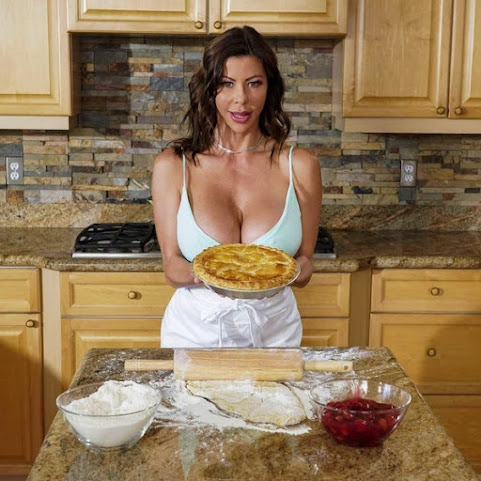 For tonight we take a peek at pr0n hottie Alexis seemingly defying stereotypes and gravity as she shows off some of her many talents in addition to this glimpse at pop culture, community news and top headlines.

Potholes popping up early after days of freezing temps, snow and ice in Kansas City

KANSAS CITY, Mo. - Potholes, a seasonal threat, are making their debut after days of freezing temperatures, snow and ice in the metro. Many people said they are excited for the warmer weather, but not what the winter weather is leaving behind.

CAPITOL RIOT. BUT WE BEGIN WITH A COVID-19 VACCINE UPDATE. GOOD AFTERNOON, EVERYBODY. I'M KRIS KETZ. KANSAS CITY, MISSOURI, IS TEAMING UP WITH WALMART AND THE YMCA TO VACCINATE MORE THAN 3,000 HIGH-RISK RESIDENTS IN THE NEXT 6 WEEKS. ACCESS TO VACCINE IS AN ISSUE IN THE CITY, BUT KMBC 9'S MICHEAL MAHONEY REPORTS, IT'S NOT EVERYWHERE.

By Kathy Feist Center Planning and Development, which advocates for neighborhoods in the south Kansas City area, will hold a virtual meeting Tuesday, February 23, starting at 7 pm. The organization will feature a Q&A with City Manager Brian Platt, a crime report from South Patrol spokesperson Aaron Whitehead, and an update on a residential area.

The problem with the pornography industry | The McGill Tribune

Content warning: This article includes mentions of sexual violence and discrimination. A December 2020 New York Times article by Nicholas Kristof exposing Pornhub's refusal to take down videos depicting rape and child abuse has sparked international outrage. Since then, credit card companies like MasterCard and Visa have cut ties with the ...

The Facebook Oversight Board, which will decide whether Donald Trump's indefinite suspension should be lifted, received an appeal on behalf of the former president arguing for his Facebook and Instagram accounts to be restored.

Dr. Anthony Fauci has been reluctant to blame former President Donald Trump for how the coronavirus devastated the United States so badly, but he said Tuesday that the former president's denialism about the pandemic contributed to the death toll.

House Republicans are warning President Biden against lifting any sanctions against Iran as the administration reengages in negotiations with the country over its nuclear program.

Around 7 p.m. on Jan. 5, less than 24 hours before an angry mob overran the U.S. Capitol, an FBI bulletin warning that extremists were calling for violent attacks on Congress landed in an email inbox used by the D.C. police department. That same evening, a member of the Capitol Police received the same memo.


No Shame In Game

"Wheel of Fortune" host Pat Sajak upset a number of viewers on Monday when he seemingly mocked a contestant with a speech impediment. The longtime game show host was trying to keep things light during Monday's show as he was introducing contestants. While doing so, Sajak spoke with contestant Chris Brimble.


Bet On The Dotte

Not as mild Wednesday as high tops out near 45 degrees