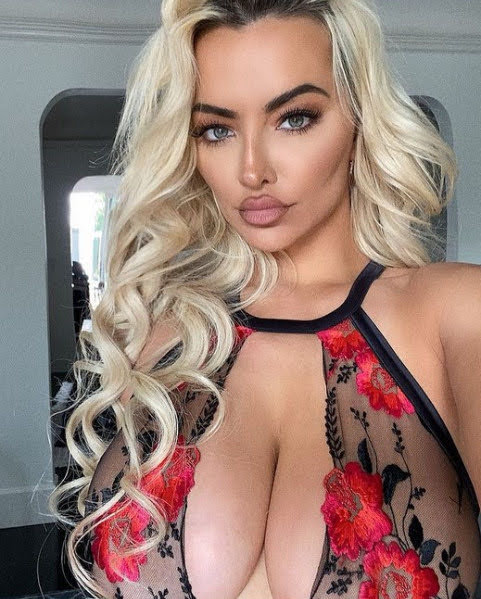 Right now we notice hottie Lindsey seems a little serious after V-day but we still respect her body of work that inspires this compilation of pop culture, community news and top headlines.

This edition of Nick's Picks is brought to you by the letters C, O, L and D. Yep, it's cold. And bundle up, this bone-chilling cold snap is not over yet. How about -12 degrees when you wake up Tuesday morning? These are some of the coldest temperatures Kansas City has ever recorded.

As the COVID-19 pandemic forced millions of adults and children into remote work and online learning last spring, the divide between those with adequate internet and the knowledge to use it, and those without, became even more prominent. There were students who needed devices, households that needed more affordable internet and older adults who needed [...]


Hottie Doubles Down On Racy Promo

In her most recent Instagram share, blond bombshell Lindsey Pelas tantalized her 8.6 million followers with a short video in which she flaunted her buxom figure in a barely-there swimsuit. She also promoted the beverage company Bang Energy in the clip, sharing close-up shots of a can of a Strawberry Blast-flavored beverage, as well as taking a sip at one point.

'The last straw': the US families ending love affair with grocery chain after Capitol riot

endy Mize's family grew up on Publix, disciples to the giant supermarket chain's empirical marketing slogan: "Where shopping is a pleasure". As infants, her three daughters wore diapers bought from the Publix baby club. As children, they munched on free cookies from the bakery.

The lawsuit recounts Trump's actions leading up to the Jan. 6 riots, building a case against him in similar fashion to House impeachment managers. It cites Trump's remarks during "Save America" rally as evidence that he mobilized and directed insurrectionists to storm the Capitol.

Bitcoin surpasses $50,000 for first time ever as major companies jump into crypto

Bitcoin hit a record high of more than $50,000 on Tuesday, continuing its blistering rally as major companies appear to be warming to cryptocurrencies. The world's largest digital currency by market valuable rose more than 3 percent to an all-time high of $50,389 just after 7:30 a.m.

Microsoft co-founder and billionaire climate activist Bill Gates on Sunday claimed that eradicating climate change would be harder than ending the coronavirus pandemic. Gates, who has funneled millions into coronavirus relief efforts over the past year, told the BBC that ending the pandemic is "very, very easy" in comparison to the climate crisis, which will get worse unless governments worldwide aid in this effort.

Meghan Markle and Prince Harry decided to give an interview to their friend Oprah Winfrey after becoming aware that they are going to be stripped of all their remaining royal links when the terms of their exit package from the royal family are reviewed on March 31, it was claimed Tuesday.

KANSAS CITY, Mo. - A recent makeover of a 116-year-old former city building and the expansion of a celebrated regional brewery are poised to breathe new life into the River Market. The historic Kansas City Water Department building at 201 Main St. was originally built in 1905.

Wind Chill Warning in effect until 12 p.m. Tuesday. Today is a Storm Track 5 Weather Alert Day. Record setting and dangerous cold for your Monday. Temperatures will begin the day around -8 with wind chill readings near -30. Kansas City will barely make it to an afternoon temperature of 0 today.

Rag'n'Bone Man - All You Ever Wanted is the song of the day and this is the OPEN THREAD for right now.


Good for Publix. We all know who actually started the capitol riots and we have all seen how dangerous and destructive the democrats are. We have seen them burn cities, tell their people to destroy conservatives and even tell us to get out of our own country. Democrats are so stupid they believe any thing the radical left tells them. Democrats are murderous reprobate people and by force want you to be the same. When tyranny becomes law, rebellion becomes duty...Thomas Jefferson.

Democrat Party is a bunch of Cancel-Culture pussies.

Fredo Cuomo is proud of his extra large tampon.

I love Publix and I love Trump, and my vote counts just as much as yours you democratic loon!

^^and yet it doesn't at all. You back losers. Weird.