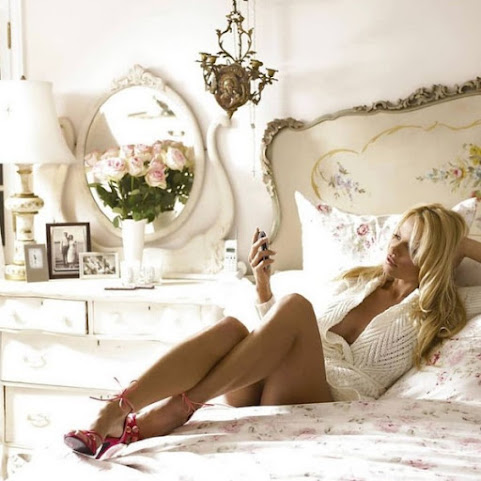 Right now and apropos for #TBT, we think it's remarkable that eternal hottie Pamela continues her pursuit of love through middle-age and that inspires us to share pop culture, community news and top headlines.

Thompson: Even in a strange year, the Chiefs represent the best of K.C.

ON THE NIGHT the Kansas City Chiefs earned a second consecutive trip to the Super Bowl, a local chef named Mano Rafael cried in his kitchen.

The Missouri Highways and Transportation Commission announced Wednesday that it has selected Massman-Clarkson, A Joint Venture, as the design-build contractor to replace the Buck O'Neil Bridge, formally known as the Broadway Bridge.

The Baywatch star married her bodyguard on Christmas Eve after less than one year of dating New year, new husband! Pamela Anderson surprised fans last week by revealing she married her bodyguard Dan Hayhurst in an intimate backyard ceremony on December 24 at the Vancouver Island, Canada home she purchased from her grandparents.

Donald Trump's backers failed to take down Liz Cheney. But the GOP's 'civil war' is nowhere near over.

WASHINGTON - Donald Trump and his allies lost the first battle for post-election control of the Republican Party Wednesday night - but not without a fight, making clear that the political war within the GOP is nowhere near over. House Republicans voted Wednesday to keep Rep.

ant to see a half-naked woman? Well, you're in luck! The internet is full of pictures of scantily clad women. There are so many of these pictures online, in fact, that artificial intelligence (AI) now seems to assume that women just don't like wearing clothes.

Exclusive: indigenous Americans dying from Covid at twice the rate of white Americans

Covid is killing Native Americans at a faster rate than any other community in the United States, shocking new figures reveal. American Indians and Alaskan Natives are dying at almost twice the rate of white Americans, according to analysis by APM Research Lab shared exclusively with the Guardian.

The Tokyo Olympics ' organizing president, Yoshiro Mori, came under fire earlier this week over sexist comments he made about women and, while he later apologized, said he has no intention of resigning from the committee. Mori was quoted as saying women are "annoying" because they can talk too much during meetings.

For football fans looking for a championship repeat, these Kansas City cocktails might be flowing from brunch through the final minute countdown. Although no one wants to jinx their team, these cocktails are worthy of any celebration. The food component of a Kansas City themed Super Bowl party is more obvious.

Light rain is expected early today, changing to snow by 8-9am. Light amounts expected although a quick 1/2" is not out of the question mainly near and north of KC.

Gonna Make You Sweat (Everybody Dance Now) by C+C Music Factory was #1 in February 1991 and is the #TBT song of the day and this is the OPEN THREAD for right now. Keep going for more local links . . .

With the Chiefs back in the 2021 Super Bowl, it's time to watch out for scams, whether it's fake merchandise or fake tickets.The fake stuff is out there and it's getting harder to tell the difference."You want to buy authentic products that you deserve for your money.

Over 20 Chiefs players, staffers were set to see barber who tested positive for COVID, reports say

KANSAS CITY, Mo. - A new report suggests there could have been a lot more Kansas City Chiefs players on the COVID-19 list this week had the team not acted sooner on Sunday. On Monday, the Chiefs placed wide receiver Demarcus Robinson and center Daniel Kilgore on the reserve/COVID-19 list due to close contact, coach Andy Reid said.

KANSAS CITY, Mo. - As nice as the weather is in Tampa, Chiefs fans back in Kansas City are going to have some rough temperatures to contend with during Super Bowl game time. It's going to be cold. Temperatures could bottom out in the low 20s on Sunday.

by: Travis Meier Posted: / Updated: TOPEKA, Kan. - Kansas officials have launched an interactive mapping tool that allows residents to find COVID-19 vaccination sites near them. Governor Laura Kelly announced the launch on Feb. 3. In a statement, she said Kansans in vaccine phase 1 and 2 should use the tool to help set up inoculation appointments.

Missouri graduate to share in invention profits under deal

A Missouri graduate who said his professor stole his invention for a drug delivery system will share in its profits under a settlement that also gives the University of Missouri System a cut of the revenue KANSAS CITY, Mo.

Kansas to receive over $1.6 million in FEMA assistance

Some say the Super Bowl is the biggest sports day of the year and apparently some people think the annual championship game is even more important than doing homework.

When the Lyric Opera of Kansas City announced local chorus auditions for "Porgy and Bess" in spring of 2020, the call advertised a "once-in-a-lifetime opportunity to join leading African American singers on stage." For many, "Porgy and Bess" is the American opera. It's also the most prominent (and controversial) example of Black opera.

KANSAS CITY, Mo. - The Chiefs Kingdom can be heard in multiple languages, and Spanish-speaking Kansas Citians are a big part of the fan base. That's why there's a crew of broadcasters breaking down barriers, all while breaking down the game. The excitement and energy in a Tico Sports broadcast of a Kansas City Chiefs [...]

KANSAS CITY, Mo. - Lowe's is getting ready for a very busy spring season and is looking to hire about a thousand people in the Kansas City area. The jobs include many seasonal positions, as well as some part-time and full-time positions.


Remembering Marty As He Copes With Hospice

PHOTOS: Marty Schottenheimer through the years in Kansas City