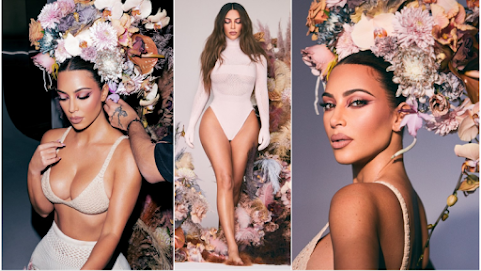 KANSAS CITY, Mo-The first homeless task force created by Kansas City Mayor Quinton Lucas met virtually Tuesday evening. The reality of the city's homeless situation on display, especially as the temperatures remain below freezing. But the group says the problem is much bigger than weather.

Part of a former U.S. Army Depot dating back to World War II could be reduced to rubble this year, as the General Services Administration seeks to clean up underlying contaminants at the former Hardesty Federal Complex just east of downtown Kansas City.

Kim Kardashian has donated bouquets of 'thank you' flowers to front line medical staff amid the ongoing coronavirus pandemic. The reality star, 40, reportedly gifted the flowers arranged by celebrity florist Jeff Leatham to hospital workers after using them on a photoshoot.


Prez Trump Gets Off Again

After days of confusion about changes along the southern border, the Biden administration on Wednesday said immigrants should not try to enter the US because most will still be turned away under a Trump-era policy that has recently come under legal scrutiny.


Double Down On Masks

Double-masking has become a trend, but until today, there hasn't been much evidence it works. A new CDC study suggests that popping a well-fitted cloth mask over a surgical one can improve mask performance by roughly 50%. There are plenty of other low-tech strategies that can improve the performance of your mask, too.

Welcome to this week's " Just for Variety." Attention Cardi B! Kesha may be sliding into your DMs. The "Praying" singer-songwriter tells me she'd love to have the "WAP" hitmaker on her podcast "Kesha and the Creepies." "I just love listening to her, and she makes me feel calm," she says.


Welcome To The Dollhouse


Power To The People

INDEPENDENCE, MO (KCTV) -- City Council approved a utility credit for City of Independence electric utility customers on Feb. 1. Beginning on Feb. 11, customers will begin to see a credit of $193.82 on their account. This will be applied to their outstanding bill.

Thursday will cloudy with a high near 15 degrees

Hide Transcript Show Transcript ROADS ARE TREATED SOMEWHAT. 10:00 13, 1 DEGREE COLDER THAN THAT TWO HOURS LATER. AS I MENTIONED, A COUPLE FLURRIES BUT NOT CONCERNED ABOUT THE AMOUNT THAT WILL STICK. LOOK AT OUR TEMPERATURES FOR LOW TOMORROW, THREE ABOVE IN MARYVILLE, DOUBLE DIGITS SOUTH OF THE CORRIDOR.

Ke$ha - TiK ToK Billboard #1 in February 2011 is the song of the #TBT day and this is the OPEN THREAD for right now. Keep going for more local links . . .

KANSAS CITY, Mo. - A church in southeastern Kansas City, Missouri, has been selected as a site for targeted COVID-19 vaccination events. Morning Star Baptist Church, 2411 East 27th St., was named in a presentation Wednesday from the state Department of Health and Senior Services. Gov.

KANSAS CITY, Mo - The Kansas City Veterans Administration put out an alert Tuesday night that they had extra vaccines and needed people to vaccinate. Leftover vaccines are more common than you might think. The KC VA usually gets about 1,000 doses of COVID-19 vaccine each week but this week received 3,000.

Feeling the losses of Marty Schottenheimer and Terez Paylor

Tuesday was a really rough day to be a fan of the Kansas City Chiefs. If Chiefs Kingdom thought the loss to the Tampa Bay Buccaneers in the Super Bowl on Sunday was hard, it paled in comparison to the loss of former head coach Marty Schottenheimer and former beat writer Terez Paylor on the same day.

Kansas City police investigators say they believe Derrick Yule, 33, died at a hotel near 45th and Main Streets. However, his body was not discovered until a week later in the backyard of a home in Arcadia, Kansas -- south of Ft. Scott.

Looking to add to your family and do something good for the world at the same time? Consider adopting a dog, cat or other kind of pet from a local shelter. Despite the COVID-19 pandemic, shelters in the Kansas City area have dogs, cats and other kinds of pets ready and waiting to be adopted.

The Downtown and River Market Community Improvement Districts (CIDs) have reached an agreement with Port KC (the Port Authority of Kansas City) to provide maintenance contract services to benefit visitors and residents to Port KC properties on the riverfront, effective this month.

Baseball Prospectus has their annual projected standings out, with the Royals projected for 71 wins (technically 70.8 wins, but let's round up). That would actually mark a slight improvement from their winning percentage last year, as their 26-34 mark would translate to 70 wins over a full season.

What happens to all that Chiefs Super Bowl merchandise that won't be used now?

OVERLAND PARK, Kan. - No doubt Chiefs Kingdom is still feeling the blow of a Super Bowl loss. There was so much anticipation and excitement, and many stores had plans to sell new Super Bowl LV gear as soon as the game ended. But have you ever wondered what happens with all that merchandise?

Brookside restaurant plans to expand with 2nd location in Leawood

KANSAS CITY, Mo. - An east Brookside restaurant plans to expand in the Kansas City metro, opening a second location in Leawood. Plate, an upscale dining restaurant created by restaurateur Christian Joseph, will move into a spot in Leawood's Park Place in fall 2021, according to its website.

While the Super Bowl didn’t turn out the way we all wanted, there were plenty of highlights to celebrate with the Kansas City Chiefs this season.

A year with the virus and these f**king geniuses just now telling us how to protect oneself (instead of others) by double masking. I bet some of those that have died would've appreciated that information a little earlier on.

We are so advanced in so many areas except common sense and common purpose. This virus is kool aid compared to what could be, in that case we would all be dead before we could fiddle f**k about prevention. Dalton

ITS GLOBAL WARMING OR TRUMPS FAULT. LETS IMPEACH THE WEATHER

It is clever that you captioned a pic of St Fauchi with a line about double masking a dummy.

Well, it's the same principle you goobers use when you double condom for those butterhoggs you bring home from the bar.


The only policies fake impostor Joe Biden is changing is Trumps job deals and the killing of innocent babies. Fake Joe and his black slave owner are putting everyone out of work, putting us at the mercy or other countries, and killing babies. They love to kill.

Impeach Obama for killing american citizens with drones without a trial. Impeach Biden for complicity. It doesn't matter that Obama is not president...the Democrats have established the precedent.

I don't wear one and I'm sure as hell not wearing two. Fuck you Fauci!

Tony nailed it with Fauci posing as the mask dummy. Dr. Fauci is an idiot.

Because of his lack of preparedness the country did not have a strategic supply of masks, hospital gowns, ventilators etc. to combat a pandemic.

Trump bailed out Fauci and then Trump had to take the blame from the Marxist media for Fauci's incompetence.

All the dumb fuck Fauci wants to do is interview with the Marxist Media. He changes his story every month and the media laps it up. First he said two week shutdown; then a one month shut down, then a two month shutdown; now next Fall and the curve will be flattened. He is just throwing shit out there as he doesn't have a clue.

Fauci said no masks, then one mask, then he said two masks would be detrimental, now he says two masks are what should be worn.

Next Fauci will insist on burkas and turbans like the camel fuckers wear.

Trump Gets Off Again

I see what your did there...

I spoke today with President Xi to offer good wishes to the Chinese people for Lunar New Year. I also shared concerns about Beijing’s economic practices, human rights abuses, and coercion of Taiwan. I told him I will work with China when it benefits the American people.

^^it's in the arms of Americans. Had trump still been president that number would have been 276,000 dead Americans. Than God for Joe Biden!

Yeah, where's this plan we heard so much about?

Plan? What plan? I haven't seen any plan.

I think the plan was not to have a plan because he couldn't come up with a plan but tell people that he had a plan. Sound like a plan?

^^I'm pretty sure that that was Resident Asterisk's plan.

Plan? We don't need no stinking plan! C'mon man! Are you a dog-faced pony soldier?

I had a Plan but I forgot my Plan. The Plan was something about masks and boobs but I cannot remember. Let me circle back to you.