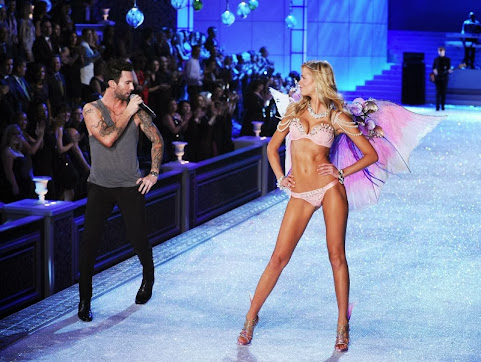 As usual, on Sunday we share just a bit of respect for the angels as we compile pop culture, community news and top headlines.

KANSAS CITY, Mo. - A man is now in custody following an overnight standoff in Kansas City. Kansas City Police responded to the incident just after 7 p.m. in the area of E. 12th Street and Benton Boulevard on a reported cutting. When officers arrived they located a victim suffering from apparent injuries.

KANSAS CITY, Mo. - There was a step in the right direction Sunday, for a couple with a newborn who's been without water since Valentine's Day . 41 Action News reported Saturday, that Summer Lea Rose and her fiance Casey Hardiman were getting creative to make ends meet without water.

Remote P.E. has forced gym teachers to re-think fitness for their students. But can they help stir-crazy adults?

Fauci: 'Possible' Americans will be wearing masks in 2022 to protect against Covid-19

Dr. Anthony Fauci said Sunday that it's "possible" Americans will still need to wear masks in 2022 to protect against the coronavirus, even as the US may reach "a significant degree of normality" by the end of this year.

Almost half of Republicans would join Trump party: poll

Nearly half of Republicans say they would abandon the party as it is currently structured and join a new party if former President Trump Donald Trump Governors in hot water over their coronavirus response DOJ investigating whether Alex Jones, Roger Stone played role in Jan.


Dems Stand Up For Free Money

In short, there's plenty of uncertainty to come before the House and Senate must ultimately resolve any differences and agree on any amendments before the measure is sent to Biden's desk. "We're working as quickly and expeditiously as we possibly can," said House Budget Chair John Yarmuth (D-Ky.).

'Utter outrage': White House says US in talks with Iran over detained Americans

Joe Biden's national security adviser, Jake Sullivan, said on Sunday the US had begun to communicate with Iran over the detention of American citizens, calling the matter a "complete and utter outrage". Iran has arrested dozens of dual nationals, including several Americans, in recent years, mostly on espionage charges.

Kanye West's controversial comments on slavery were a 'turning point' in his failed marriage to Kim Kardashian, report says

Earlier this week, it was reported that Kim Kardashian had filed for divorce from Kanye West. Their marriage hit a "turning point" after West said slavery "sounds like a choice", a source told Us Weekly. The relationship was at "breaking point" after West commented on abortion at a 2020 rally, the source said.

KC Royals: 5 players with the most to prove at spring training

Spring training for the KC Royals is ramping up along with significant roster changes since the last time fans saw this team on the field. Several of the questions that Kansas City Royals fans had going into the offseason have been answered. The team made a trade to bring Andrew Benintendi and signed free agent Carlos Santana.

JJ Watt garnered much attention across the league this week, as he is a free agent for the first time in his 10-year career. Reports stated that Watt is looking for a quarterback, supporting personnel and money. The Chiefs certainly can offer the first two. Could they agree on the third?

Hide Transcript Show Transcript CAUSE FOR THAT ENGINE FAILURE. ALL RIGHT HERE IN THE METRO KATIE A WARM-UP ON THE WAY. YES, INDEED NOT LIKE WHAT THEY'RE GOING TO HAVE IN HAWAII WHEN THEY GOT THERE LATER LAST NIGHT, BUT MA'AM IN KANSAS CITY TODAY.

Sam Cooke - A Change Is Gonna Come is the song of the day and this is the OPEN THREAD for right now.

Anonymous said…
Lord, I hope the Magats leave the GOP and thereby put the Democrats into power in every State except Texas and Mississippi! Best thing that could happen in this Country!
2/21/21, 7:51 PM

Anonymous said…
As a Conservative would love to see a new third party be formed founded on law and order, low taxes, stay out of wars, strict adherence to the Constitution and Bill of Rights.
2/21/21, 7:58 PM

Anonymous said…
The fake dr fauci needs to read the report that Israel just put out about the vaccine being proven to keep people from spreading the wuhan virus. Dark winter joe needs to come out of his basement bunker and put an end to the lies he’s been spreading.
2/21/21, 8:05 PM

And yet that would make Trump the Jim Jones of the Republican Party! Weird. Praise the Lord and pass the Kool Aid!
2/21/21, 8:08 PM

Anonymous said…
The only successful third party will be the one that equally takes members from the current two. Anything else is an illusion that weakens one party in the current duopoly,
2/21/21, 8:08 PM

Anonymous said…
@8:07-I’ll be on whatever side you’re not. I’m sure there will be cooler and better looking people on that side. Your side will reek of geriatric shit and full of fat geezers who do nothing but cry on blog’s all day while waiting to die.
2/21/21, 8:11 PM

Nuff said when it comes to good looking, hot women being on the Conservative side versus ugly, shrill Marxist dykes like clueless Psaki.

Even senile Joe Biden said Psaki didn't know what the hell she is talking about regarding school re-openings for Covid.
2/21/21, 8:15 PM

Anonymous said…
Notice how Fauci and Pelosi have designer masks to match their outfit of the day.

Anonymous said…
Trump is too smart to start a third party. He knows that gives the Demoncraps a win every time. Don't be such dunches and fall for the fake news written by the Libtard and RINO preschoolers who keep fooling you idiots.
2/21/21, 10:30 PM

Anonymous said…
Did they ever find those Libtards who killed the two black men in Seattle's CHOP district last summer? Doesn't seem like the Libtard media and politicians cared much about finding those killers. I guess they consider them collateral damage for the Libtard cause.
2/21/21, 10:32 PM

Anonymous said…
Trump has defrauded the USA and IRS and "we the people" out of millions in taxes. He only paid $750 in taxes last year.

Anonymous said…
@10:-and yet that unarmed woman was a treasonous, seditious, cop-murdering MAGAT who was attempting the overthrow of the United States Government and was killed in the field of battle as an enemy combatant. Her fault she failed to arm herself when you chose to break into the capital.
2/22/21, 9:32 AM

Anonymous said…
What we learned about the Chiefs this week; Is that their overpaid quarterback is pussy whipped.
2/22/21, 10:00 AM