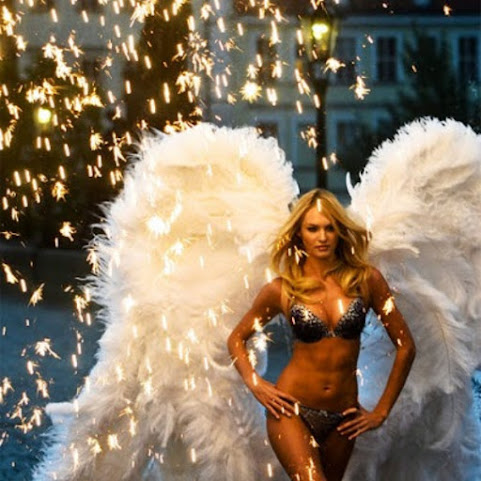 We're inspired to start Sunday by way of hottie Candice and her panty promo body of work as we share pop culture, community news and top headlines.

Harvesters in need of volunteers to help sort and package food

KANSAS CITY, Mo. - Local food bank Harvesters is looking for volunteers to help feed people in the Kansas City area. This comes at a time when they are very busy due to many people needing food after being hit financially by COVID-19.

This year's wave of development incentive reform has continued sweeping over Kansas City's figurative shores, as City Council members locked in the latest version of an ordinance that remained in committee for the better part of a year.

J.J. Watt has been quite active on social media over the past month. Though he hasn't given any hints about his looming free agency decision, the three-time Defensive Player of the Year has been having fun with the "form police." On Friday, Watt posted a video of himself working out.

Victoria's Secret is closing up to 50 more stores this year

Victoria's Secret is continuing to shrink its store count. Its parent company L Brands announced that it plans to permanently close between 30 to 50 stores in the United States and Canada this year.

Matt Schlapp, the head of the American Conservative Union who organizes the Conservative Political Action Conference, is pushing back against those who said that the stage for the event that is taking place in Orlando is eerily reminiscent to a Nazi symbol. "Stage design conspiracies are outrageous and slanderous," Schlapp tweeted.

Third stimulus check: How soon might you receive a $1,400 check?

President Joe Biden's $1.9 trillion coronavirus relief plan is moving forward, raising hopes of another round of stimulus checks for most Americans. The House passed the bill early Saturday, and the legislation will now move on to the Senate.

Biden tells the world 'America is back.' The world isn't so sure.

WASHINGTON - For President Joe Biden and his circle, a low point in America's global standing under President Donald Trump came when he blew up a meeting of U.S. allies in 2018, accusing close partners of "robbing" the United States and hurling insults at his Canadian host.

An 800-year-old prophecy predicts "the US will go to war with Iran before the coronavirus pandemic ends". The source is based on precise methods to reveal a code in the holy book the Torah. It claims a month before the pandemic fades a global conflict, involving the United States, will break out between bitter enemies Saudi Arabia and Iran.

'SNL' has Dr. Fauci hand out coronavirus vaccines on a game show

As more coronavirus vaccines begin to roll out, it may be difficult to know if you're eligible or not, so "Saturday Night Live" tried to help a few lucky folks on Saturday.

Third baseman Hunter Dozier and the Royals "are in serious talks" about a multi-year contract extension, according to FanSided's Robert Murray ( Twitter link). Specific terms aren't known, although Dozier has two years of arbitration eligibility remaining before reaching free-agent status following the 2023 season.

By John Sharp These years are likely to be the most exciting in the history of the Negro Leagues Baseball Museum (NLBM) since it moved in 1997 from a small office into its present 10,000 square foot facility in a building it shares with the American Jazz Museum in the historic 18 th & Vine area, according to Museum President Bob Kendrick.

Hide Transcript Show Transcript TOUGH IMAGES, KATIE. KATIE: IT IS. WE ARE LOOKING A FINE IMAGES IN KANSAS CITY. IT IS 52 DEGREES WITH 83% RELATIVE HUMIDITY. STILL A LITTLE BIT OF FOG ON THE MISSOURI SIDE, SOUTH OF I-70. THIS IS MOVING OUT AND YOU CAN SEE THAT ON THE OVERNIGHT INFRARED SATELLITE.

Led Zeppelin - Stairway to Heaven is the Sunday song of the day and this is the OPEN THREAD for right now.