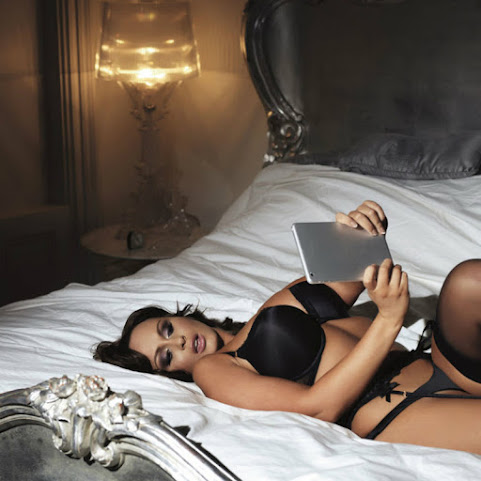 This tawdry bit of lingerie promo reminds us that even hotties read the news and/or reinforces the hegemony by way of branding for a BILLION dollar industry. EITHER WAY, the multilevel media discourse inspires us to roundup pop culture community news and top headlines tonight.

By John Sharp The proposed $1.73 billion KCMO city budget for fiscal year 2021-22 submitted to the City Council by Mayor Quinton Lucas and City Manager Brian Platt totals $36.8 million less than this fiscal year's adopted budget and reflects a nearly $70 million expected shortfall in revenue due to the COVID-19 pandemic.


Waiting Is The Hardest Part

KANSAS CITY, Mo. - Thousands of people received calls and emails from Kansas City's Health Department Friday morning, but it wasn't quite the notification some people hoped to receive. The messages provided updates about the city's vaccination plans, not that it was time to make an appointment to get the vaccine.

Rihanna first debuted her size-inclusive lingerie line in 2018 On Tuesday, reported that the "Pour It Up" singer's Savage X Fenty lingerie brand is now worth $1 billion. The company recorded revenue growth of more than 200% last year.

Democrats formally unveiled their $1.9 trillion coronavirus rescue package in the House - and the big-spending measure was swiftly panned by GOPers as a bloated "liberal wish list." The 591 page bill unveiled Friday night includes $1,400 direct checks to eligible Americans making less than $75,000 a year, extensions for $400 in federal unemployment benefits and the long sought Democratic priority of a federal minimum wage increase to $15.00.

You're fully vaccinated against the coronavirus - now what? Don't expect to shed your mask and get back to normal activities right away. That's going to be a disappointment, if not a shock, to many people.

Trump gears up for war with his own party

According to three people familiar with the planning, Trump will soon begin vetting candidates at Mar-a-Lago who are eager to fulfill his promise to exact vengeance upon incumbent Republicans who've scorned him, and to ensure every open GOP seat in the 2022 midterms has a MAGA-approved contender vying for it.


AOC To The Rescue

From the steps of the Houston Food Bank, U.S. Rep. Alexandria Ocasio-Cortez, D-New York, was clear with her words: Disasters don't strike everyone equally. "You already have so many families in the state and across the country on the brink that they can't afford an emergency to begin with," Ocasio-Cortez said.


Getting Over The End

Kim Kardashian Split Is 'Tough' on Kanye West: She Was His 'Dream Girl'

Feeling the heartbreak. Kim Kardashian and Kanye West 's split has been "especially tough" on the rapper, a source close to West exclusively tells Us Weekly. "Kanye has been trying to throw himself into work the past few weeks, but it's been hard to stay focused with the split weighing on him," the insider says, noting Friday, February 19's divorce news was rough on him even though he "knew it was coming."

Entertainment blogger Roger Friedman says his FOIA request was rejected Springsteen was arrested on November 14, 2020 in Sandy Hook, New Jersey He was charged with DWI, reckless driving and consuming alcohol in a park Arrest took place in a federal park in Sandy Hook, meaning charges are federal Friedman

RideKC conducts regular customer satisfaction surveys as part of its strategic plan. Customers were surveyed on RideKC Bus, MAX, Flex, and Micro Transit in October and November 2020. In particular, we wanted to survey riders during the COVID-19 pandemic to understand how and why customers continued to use transit, in addition to gauging customer satisfaction.

Courtesy photoMarch madness is here-in more ways than one. Although many St. Patrick's Day events have been canceled for another year, there are still a few things to do this month, from virtual webinars to comedy shows. March 3, 7 pm The Beatles in Missouri No, Paul and Ringo are not reuniting here, but this library lecture will discuss the...

Trippie Redd, Machine Gun Kelly, blackbear – PILL BREAKER was the song of the day and this is the OPEN THREAD for right now.

The budget cuts are a lie, last years budget was $1.72 billion dollars and this years is $1.73 billion. That’s an increase, and people in killa shitty are stupid enough to believe it. Lickass saying they cut $38.6 million from a proposed budget of $2.1 billion dollars. Liar.

All lickass is doing is pretending cuts are being made so he can give developers and friends more money, shifting it around from one place to another is not cutting the budget. As usual, it’s the taxpayers that get screwed out old services.

Ride kc should be asking the drivers if their policies were followed, not the free ride morons who would say anything to keep riding for free.

^^^ machine gun Nancy has been drunk for forty years, yes, she’s an alcoholic that is true.