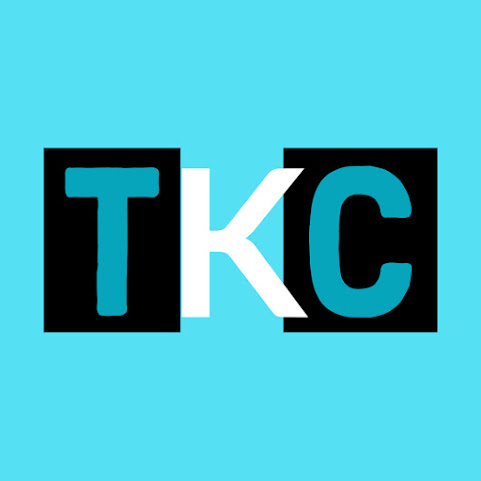 For our early morning readers, we want to try and make our erratic posting schedule this week with this informative list of mostly community news with only a bit of pop culture, and global headlines thrown in . . . Check-it:

KANSAS CITY, Mo. - It's the latest turn in an ongoing church vandalism case. After months of broken windows and even an attempted arson case, police made an arrest Wednesday night at South Broadland Presbyterian Church. Police arrested 24-year-old Chidera Okolo who was charged with assault and armed criminal action.

BLUE SPRINGS, Mo. - A deadly fire at a an apartment building on NW Vesper claimed the life of a 3-year-old boy on Friday . Investigators from the Missouri State Fire Marshal's Office were on the scene of that fire on Friday evening, trying to determine the cause.

TOPEKA, Kan. (AP) - Republican lawmakers in Kansas advanced a new proposal Friday to put $450 million in COVID-19 relief funds from the federal government into the state's unemployment program to help cover losses from fraudulent claims. GOP members of the House commerce committee included the measure in a bill aimed at overhauling the unemployment system and giving lawmakers more control over an upgrade of computers at the state's Department of Labor.

'Ready to give up': Eligible Missourians struggle to find vaccine appointments

MU Health Care opened a mass COVID-19 vaccination site in the Walsworth Club at Memorial Stadium in Columbia, Mo. on Monday, Jan. 25, 2020. (Photo courtesy of MU Health Care) Darlene Davis has been searching for an available vaccine appointment in the Kansas City area at least three times a day.

Senate Democrats move immediately to "Plan B" on minimum wage

Senate Democrats are racing to finalize a new tax provision that would penalize large companies that pay low wages. The move comes after Senate Parliamentarian Elizabeth MacDonough ruled Thursday night that a $15 minimum wage hike cannot be included in the Senate COVID relief package, which is currently being pushed through the chamber through a process known as budget reconciliation.


Prez Biden Warns Fight Against COVID Not Yet Complete

Biden warns COVID-19 cases 'could go back up' as variants emerge, despite vaccination progress

President Biden warned Friday that the rise of COVID-19 variants could lead to a surge in cases in the coming weeks, even as his administration makes progress on its goal of administering 100 million vaccine doses in its first 100 days in office.

News World Americas The singer's two French bulldogs have been recovered after being stolen Lady Gaga 's two French bulldogs, which were stolen by thieves, have been safely returned to the singer, police have confirmed. A woman brought the dogs into a Los Angeles police station at around 6pm local time on Friday, after a dog walker was shot and wounded earlier in the week.

Ava Max turns back the clock more than two decades on "My Head & My Heart," her exuberant, club-thumping ode to romantic conflict. Sonically, the single ― a standout on Max's 2020 debut album, " Heaven & Hell" ― delivers a throwback vibe, thanks to well-interpolated groove lifted from ATC's 1999 Eurodance classic, " Around the World (La La La La La)."

Former white nationalist explains how he escaped from world of hate

Ten years ago, Scott Ernest was living in Kalispell, Montana, where he openly wore a swastika around his neck as part of a white nationalist hate group. After leaving the group, he co-founded Hands of Eir, a platform that helps LGBTQ+ people escape from the world of hate and white supremacy.

Last June as the pandemic was raging, many local performers and artists found themselves gainfully unemployed. The talented squad at the Kansas City Ballet were no exception. "The dancers had been in quarantine due to Covid for about four months," says Tempe Ostergren, a dance instructor and retired dancer.

Skies will remain fair this evening and mostly clear through the overnight hours while a southwesterly breeze holds temperatures in the 40s through the middle evening hours. A few clouds will gather toward daybreak as temperatures fall to just above freezing to begin the day.

Ava Max - My Head & My Heart is the song of the day and this is the OPEN THREAD for right now.

"White Supremacist" has long been the preferred Jewish epithet for any White people who have the temerity to do what Jews do routinely: openly advocate for their own ethnic interests. This is not, nor has it ever been, "hate".

And yet a return to White Supremacy was the stated goal of Jim Crow acts after Reconstruction. Weird.

24-year-old Chidera Okolo who was charged with assault and armed criminal action.

I am pretty certain Chidera is not a white nationalist but the local media and black leaders were claiming the mythical boogey man KKK and Proud Boys were vandalizing the church. So stupid.

8:29: It was the Democrat way, but Republicans liked it so well they appropriated it and made it their own. Lincoln would be so proud!

We all can sleep at night knowing Lady Ga Ga got her bulldogs back and they did not become a dish of Beef and Broccoli at the local China King.

Now Lady Ga Ga can reapply her peanut butter and let her doggies lap it up.

"Former white nationalist explains how he escaped from world of hate"

Jew homosexual run out of Montana after attempting to infiltrate groups to instigate violence.
Southern Poverty Law Center is a Zionist terrorist organization.

That isn't a statue of Donald Trump at CPAC, it's a statue of the Conservative's new mascot, "Sparkles The Wonder Dummy"!

The Libtards label any white people who don't think like them -- like woke socialists -- to be white supremacists. More of the cancel culture coming for your white skin.

FYI The statue of "Sparkles" as made in Mexico.