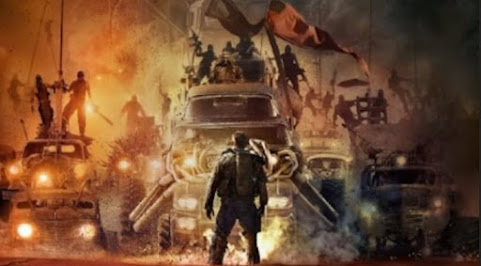 Here's a dramatic recounting from near the loop amid reports that two victims were shot amid a rolling gun battle:

"An unknown number of vehicles ran over stop sticks as they attempted to elude officers, fleeing the scene," according to a narrative report released by the Kansas City Police Department.

During the incident, shots were fired near Truman Road and The Paseo while baseball games were in progress nearby at the Kansas City MLB Urban Youth Academy. Also during the situation, police said bricks were thrown at officers from an overpass. No injuries were reported.

One report said racers fired shots at the intersection Truman and Paseo, near an ongoing baseball game at the Kansas City MLB Urban Youth Academy.

Officers finally caught up with the group near 17th Street and Manchester Trafficway. Police were able to corral several drivers over stop sticks.

Jackson said people threw bricks at officers off of the 23rd Street overpass along Manchester. No injuries were reported.

This isn't the final showdown against Kansas City sideshows and the gatherings are will likely continue near the loop without this same kind of consistent push to keep auto enthusiasts out of downtown.

i'm sure they'll be back.

And next time in greater numbers.

A few of them will have a hard time coming back without cars.

hahahahah, good deal, finally. That shit was disturbin' my sleep

But where will the chucklowes race their Crown Vics?

GAS WILL BE $8.36 a gallon anyway THANKS BIDEN

We used to have race tracks around here where you could bring your car and race them
Why not bring them back? Someone could make some money on it


This is what BLM is all about. It's about the right to terrorize due to the woe is me I'm black BS. I have to agree with the first post these people will be back in greater numbers that's how they operate. Just take a look at the flash mobs remember them? Put out a curfew and they gang on ya. So YES they will be back in greater numbers that's a fact. No car??? They steal them that was obvious. Throwing bricks at officers is an act of life threatening violence and they should be shot on sight. Lets finally take these people down I'm sick of them and so is everyone else. Oh and report the mayor to the Gov. he is promoting this and is doing nothing to stop it. HE IS BEHIND THIS ANTI WHITE HATRED AND TERRORISM!

Now that the 2020 election was stolen, Democrat Party Mayors are cracking down on lawlessness.

Gas is now $2.49 a gallon. The price keeps going up under China Joe Biden, the elites best swamp buddy.

They opened the door when they let it slide. Now they think they have a pass to do it whenever they want. Good luck putting that genie back in the bottle!

what is that 50-60+ people who cannot pool their resources and buy a POS lot somewhere to lay down some asphalt and do donuts.

Instead they fall for the give them enough rope to feel comfortable, congregate en masse,become mostly peaceful, and then lay down spike strips. I can see how that would be fun.

@9:46, 100% true. And Friday fun nights would be filled with utes of all ethnicities with whatever they had. Minimum safety check for battery hold-down, active leaks. You could walk around the parking lot and bullshit with whoever. I probably talked to more "ghetto" folks black and brown there than at any other time. Kay Barnes got greedy, her folks bought up surrounding land at cheap prices (due to the track) then "complained" to get it shut down. Dude trying to build a new strip out in Oak Grove is being stymied at every turn. But, that's also quite a trip from the City when we were used to driving a couple minutes to Noland.

The last year, a weak mayor, the shitty clowncil, direct and intentional actions reducing police staff, and the rank and file deciding to stop patrolling in Jackson County have all caused what is going to be a scary year for the rest of us. Downtown just has a different feeling now and with less police it won’t get better. Hold on folks, the loud left will gets its way, but it’s the taxpayers who will suffer.

Silly waist of police equipment.
Just kill them all. They won't ever come back.

George Soros and Hugo Chavez are behind this street racing stuff. They are giving money to these car owners for hi-po parts. Chavez is giving them free gasoline. These cars are used to rescue children from the cabal of baby eating monsters that have secretly taken over the world since 1547 when Colubus had an affair with a swedish woman, well I wont get into the details, but the type "A" replitian blood thing is involves and so is bigfoot who is also in the cabal as an enforcer, and he will show up on march 4th and enawgurate Trump as the Presdient again or else the lazer sattelites with start fires in california again to wipe out the democrats, well you know the whole story, its true, I can feel it in my bones and in 2 week Trump will be king again and then everything will be ok in the world. You know I is right dont you? And Josh Hawly is my hero too he is such a smart fella, If I was gay I would be interested in him as he looks so feminine

I see lots of dumb comments from trailer hillbillies. sad that you live your lives in fear of life in a real city.

Shame on your promotion of violence against the public. You are not real Americans, you are MAGA traitors. I will applaud when they lock up Trump.

Every day, Kansas City looks like more of a shithole than it did the day before. Anybody else notice that?

If the police sees bricks coming at them, they should return fire and kill the bastards.

Hope the aren't doing this on top of the BLM street art. Would hate to see those beautiful renderings harmed.

Nice job KCPD. Now its time for the court to do their job.

^^^First the prosecutor has to do her job. Unless the perps are persons of pallor, not much chance that will happen.

That's not going to happen with Baker.

BLM is so stupid. Increased hatred of stupid black youth by a 100 %.

So glad some are going to have to buy new tires and pay to get their cars out of impound. As for throwing bricks off overpasses, I'm pretty sure that's attempted murder.

BLM and their supporters are domestic terrorists and should be dealt with accordingly.

Trumpers are getting what they want. Cut funding for the police and throw even more money at the streetcar,

What does street racing have to do with blm