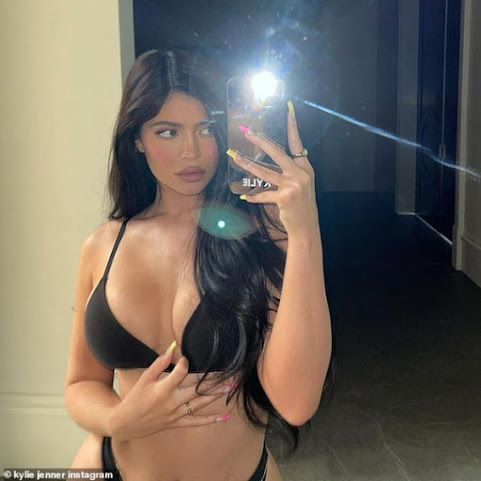 Right now hottie Kylie and her newsworthy photography work inspire us to look just a bit more closely at the discourse and share community news, pop culture and top headlines.

Kansas City would get more than $195 million from new stimulus bill, according to estimate

KANSAS CITY, Mo. - An estimate from the House Committee on Oversight and Reform estimates that Kansas City would receive more than $195 million in stimulus funds if congress approves the new $1.9 trillion stimulus package. The number is significant because Kansas City missed out on individual CARES Act funding that was only appropriated to [...]

Kansas City, Missouri, is working to improve access to COVID-19 vaccines for Hispanic and Latinx residents, who are more likely to be hospitalized or die from the virus.Billboards in Spanish are part of an effort to reach Hispanic and Latinx Kansas Citians."We have done a poor job getting tests out

INDEPENDENCE, Mo. - On Friday, Samuel U. Rodgers Health Center vaccinated 98% of the residents living at the Fountains at Green Briar independent living facility. Billie Betts and Peggy Burrus are two sisters living at the facility who received a vaccine.

She shared a YouTube video as she did sister Kourtney Kardashian's makeup with her beauty brand. And hours later, Kylie Jenner used her Kylie Cosmetics products in a series of snaps she shared to her Instagram page. The 23-year-old entrepreneur showcased her impossible curves and her ample cleavage in a black bikini set.

Some Senate Democrats on Friday criticized President Joe Biden's decision to launch an airstrike Thursday night in Syria without conferring with all of Congress. The Pentagon briefed congressional leadership before the action, according to a National Security Council spokesman. House Speaker Nancy Pelosi's staff was notified before the strike, according to a Democratic aide.

A federal prosecutor said Friday that the federal government's "working understanding" is that the Oath Keepers had a "quick reaction force" stationed outside the District of Columbia on Jan. 6, prepared with weapons during the siege at the Capitol.

KU plans to return to in-person classes for fall semester

by: Karra Small Posted: / Updated: LAWRENCE, Kan. - Students at the University of Kansas will return to in-person instruction for the fall semester. In a letter sent to students, Provost Barbara Bichelmeyer said that students at the Lawrence and Edwards campuses will return to in-person learning as much as possible pending vaccine roll-out and potential surges in COVID-19 cases.

Former Royals reliever Kelvin Herrera brought his ten-year MLB career to an end on Friday, announcing his retirement in a post on Twitter. Herrera was originally signed by the Royals, and spent the first eight seasons of his career in Kansas City.

Artists, dancers and community activists are heading to the KC Streetcar this evening to kick off its Third Annual Black History Month Celebration. Unlike past years, 'Storytelling on the Streetcar: Celebrating Black Culture' will be held virtually amid the ongoing COVID-19 pandemic.

Hide Transcript Show Transcript THAT'S WHERE YOU CAN SEE SOME OF THAT ACTION. OTHERWISE CLOUDY SKIES WILL PREVAIL THE CLOUDS WILL THIN OUT, BUT THAT'LL BE LATER ON TONIGHT. WE'LL STOP THROUGH THE 40S AND END UP IN THE 30S LATER ON 42 BY THE WAY AT 9 PM.