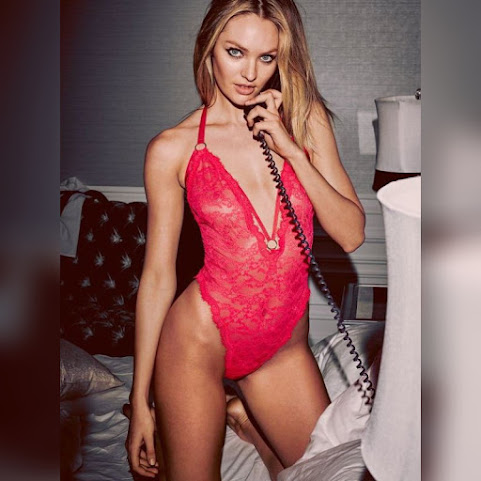 Tonight we consider hottie Candice along with a bevy of community news, pop culture and top headlines.

KANSAS CITY, Mo. - The Kansas City metro only saw about a half inch of snow from Sunday night into Monday morning, but in addition to the snowfall, freezing drizzle covered the roadways. Missouri State Highway Patrol Trooper Sgt. Bill Lowe said a surge in crashes during winter weather isn't anything they haven't seen before.

KANSAS CITY, Mo. - Kansas City Chiefs fans woke up Monday feeling a little down after the 31-9 loss at Super Bowl LV, but a Kansas City metro psychologist shared tips to help combat the blues. First, take a step back.

Chiefs arrive quietly back in Kansas City after Super Bowl loss. What went wrong, and what's next?

"All parties have agreed to a structure that will ensure a fair and honest Senate impeachment trial of the former president," Schumer said. Schumer's announcement comes after he disclosed during a press conference in New York earlier that they were finalizing an agreement.

Rep. Ron Wright died Sunday weeks after contracting Covid-19, his office said Monday. The Texas Republican was 67. Wright, who first took office in 2019, underwent treatment in recent years for lung cancer diagnosed in 2018. He and his wife, Susan, were hospitalized in Dallas for two weeks prior to the congressman's death while fighting the disease.

WASHINGTON (AP) - House Democrats on Monday proposed an additional $1,400 in direct payments to individuals as Congress began piecing together a $1.9 trillion COVID-19 relief package that tracks President Joe Biden's plan for battling the pandemic and reviving a still staggering economy.

Biden's strategy for Trump's impeachment: Sit back and STFU

"[It] just makes no sense for Biden to weigh in on the impeachment," said one source familiar with the White House's thinking. "He's already said that he thought [there] were grounds for impeachment but he has to stay focused on helping people in this crisis."

Tesla buys $1.5 billion in bitcoin and plans to start accepting it as payment for products

Tesla announced Monday that it bought $1.5 billion worth of bitcoin, according to a filing with the SEC. The company said it bought the bitcoin for "more flexibility to further diversify and maximize returns on our cash," according to the filing.

In Kansas City's 'Vaccine Deserts,' COVID-19 Inoculations Are Hard To Get

Even as more providers start to administer the vaccine, the areas lacking a vaccine provider are expanding. That's a huge problem - especially as Missouri tries to prioritize equity.

Hiding from the cold this week? Warm up with one of these cozy dishes

As single-digit temperatures and assorted winter weather batters our region over the following weeks, most of us will be craving meals that will keep us warm from the inside-out. Soups, stews, thick sauces and roasted meats create hearty dinners that will help you stick it out until spring.

Temperatures will drop into the single digits overnight. Tuesday will be mostly cloudy with a high near 11 degrees.

I feel bad for Mahomes sometimes. His mother is overbearing, his girlfriend is annoying, his dad is a drunk and his brother is a loser. Sure he is a millionaire but that could go quick with those four around him. It also might drive him crazy.

Ron White didn't die of covid19 per Republicans. They think he was killed by a laser from a satellite thats funded by the Rothchild empire. Part of a Cabal of baby eating Americans secretly running the USA and that all school shootings were fake and the kids are living on a remote desert island just so that Democrats can pass laws banning 30 round clips for guns.

Republicans say Covid19 is a simple harmless cold - per their God, Donald Trump. They believe anything he says.

The rest of the world laughs at us - they see us as stupid.

His point is on top of his head.

Wife Alert hotline: What is your emergency?

Candice: My husband is erect and he can't go down!