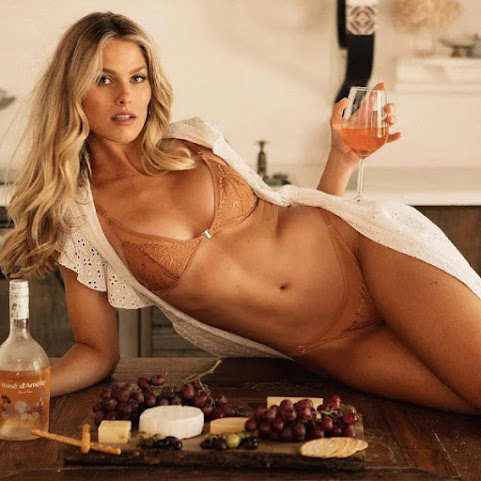 An international hottie reminds us that day drinking is the new normal as the pandemic persists and we take a peek at pop culture, community news and top headlines.

Soon all 13 miles of the Rock Island Trail will be open to the public. There's no way Eric Burger was going to let a day like this go by without pulling out the bike and hitting the trail."I intend to do quite a few miles on it," Burger said. That's the plan for many walkers, runners and bikers once the trail opens."We're just kind of in a wrap-up and kind of punch list stage of the project," said Matt Davis, project manager for the Rock Island Trail.Davis is hoping for an April opening date.

An adjacent crisis: Liver diseases on the rise during pandemic

KANSAS CITY, Mo. - Doctors are sounding the alarm on a concerning crisis happening side-by-side with the pandemic. Alcoholic liver disease was already trending in the wrong direction in the United States before the pandemic. "I'd say over the last five to 10 years the incidence of alcohol cirrhosis has increased as well as the age we're seeing it at.

'This helped out a lot': Independence electric customers gifted $200 credit

INDEPENDENCE, Mo. - As the pandemic continues to take a financial toll on families, including people who have lost their jobs, city leaders in Independence are giving back. The City Council of Independence approved a utility credit for City of Independence electric utility customers amounting to $193.82.

In the caption, Roser joked that these were her audition photos for the third season of the Netflix show You. Within four hours, the slideshow has garnered more than 14,500 likes and upward of 220 comments. Roser's followers took to the comments section to engage with her, teasing her about her caption and showering her with compliments.

WASHINGTON - One of Donald Trump's most outspoken Republican opponents - Utah Sen. Mitt Romney - says the former president would win the GOP nomination in 2024 if he decides to go for it. "I don't know if he'll run in 2024 or not, but if he does, I'm pretty sure he will win the nomination," Romney said Tuesday at the DealBook DC Policy Project.

New York Democrat, Rep. Alexandria Ocasio Cortez, rejected the GOP's latest attempt to counter Democrats calls for a $15 minimum federal wage, saying any attempt to lower the hourly figure was "legislated poverty." "When members of Congress fight to set the minimum wage below a living wage, they are playing a role in creating and preserving poverty in the United States," Ocasio Cortez said on twitter Tuesday.

Oklahoma man accused of cutting neighbor's heart out, feeding it to his family

An Oklahoma man suspected of murdering three people has confessed to killing his neighbor, cutting her heart out and then cooking it to feed his family, authorities said. Lawrence Anderson allegedly stabbed Andrea Lynn Blankenship, 41, to death in her Chickasha home on Feb. 9, The Oklahoman reported.

Iran limits UN nuclear inspections while inching closer to talks with US, others

The U.S. and Iran are inching closer toward diplomatic talks over Tehran's nuclear program, even as the Iranian government moved further outside the original nuclear deal on Tuesday by curtailing international inspections of its nuclear sites.

The Food and Drug Administration's staff endorsed Johnson & Johnson's Covid-19 vaccine for emergency use, a critical step in bringing a third shot to the U.S. marketplace. The staff report is meant to brief the FDA's Vaccines and Related Biological Products Advisory Committee, which will meet Friday to review J&J's request for emergency use authorization.

JOHNSON COUNTY, Kan. - Johnson County has seen a 33% decrease in teen suicides, bucking a national trend in 2020 that saw suicide as the second-leading cause of death for those between 10 and 34 years old. Health experts said that's due, in part, to a teen-led effort called Zero Reasons Why (ZRW).

Tap List | Springing Out of A Cold Snap With Beer

Last week, I was hunkered down in the living room with no electricity during a historic cold snap. The faucets were running to keep the pipes from bursting, the fireplace was roaring, and there were blankets of snow as far as the eye could see.

Much cooler today with highs back to normal

Cooler air moves in today to bring us back to normal No major storm systems in sight; Staying dry through the weekend Brief warm up Friday & Saturday KANSAS CITY'S MOST ACCURATE FORECAST Wednesday: Mostly sunny to partly cloudy and cooler following a cold front passage in the morning.

Billie Eilish - ilomilo is the song of the day and this is the OPEN THREAD for right now.