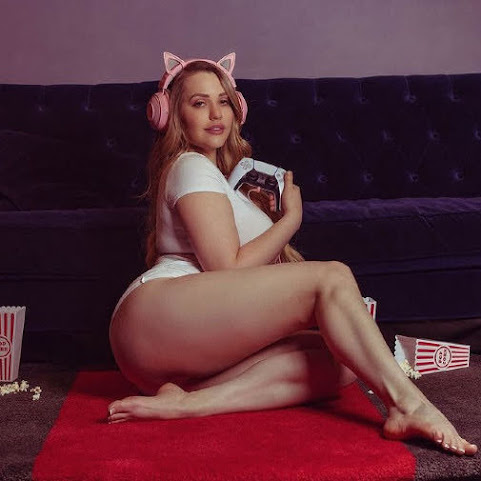 Right now pr0n hottie influencer Mia inspires our early morning peek at the discourse as we share pop culture, community news and top headlines to get readers in the right head space.

All eyes were on the quarterbacks in Sunday's Super Bowl LV: Patrick Mahomes, 25, for the Kansas City Chiefs, and Tom Brady, 43, in his first season with the Tampa Bay Buccaneers after two decades with the New England Patriots. For Mahomes, it was a chance to win back-to-back championships, a feat not accomplished since 2003 and 2004.

KANSAS CITY, Mo. - Three people were injured, one critically, Sunday afternoon in a Shawnee house fire, according to the Shawnee Mission Fire Department. Crews responded just after 3:15 p.m. to 6400 Charlotte Street. The man who was critically injured lit a cigarette in his room where the fire eventually started, a spokesperson for the department said.

With his impeachment trial set to begin this week, a narrow majority of Americans say they support the Senate convicting former President Donald Trump and barring him from holding federal office again, according to a new ABC News/Ipsos poll released Sunday.

WASHINGTON (AP) - Donald Trump's defenders in the Senate on Sunday rallied around the former president before his impeachment trial, dismissing it as a waste of time and arguing that the former president's fiery speech before the U.S. Capitol insurrection does not make him responsible for the violence of Jan.


Free Money For All

House Democratic leaders will unveil legislation Monday that would give millions of families at least $3,000 per child, advancing a key provision in President Joe Biden's $1.9 trillion Covid-19 relief package.

Liz Cheney, the third most senior Republican in the House of Representatives, has raised the possibility of Donald Trump being criminally investigated for provoking violence during the 6 January US Capitol insurrection, pointing to a tweet attacking his own vice-president, Mike Pence, that was posted after the assault had begun.

Biden says there will be 'extreme competition' with China, but won't take Trump approach

WASHINGTON - President Joe Biden said his administration was ready for "extreme competition" with China but that his approach would be different than his predecessor. "I'm not going to do it the way Trump did. We are going to focus on the international rules of the road," Biden told in a CBS interview clip published Sunday.

Martha Stewart and Snoop Dogg met on her show in 2008. Their odd-couple friendship has been delighting us ever since. Here's a timeline of how they met and became both besties and co-workers.

One of the nagging questions that have haunted space enthusiasts with the change of administrations has been what President Biden will do with the Artemis program to return to the moon as well as the Space Force. One might be forgiven for feeling some concern.

You can now find some of the prettiest chocolates in Missouri at a storefront in a Blue Springs strip mall. Bliss Chocolatier is now open in Blue Springs, Missouri, serving gourmet bonbons, malt balls, sponge toffee and more. The business is owned by chocolate-maker Jessica Washburn and her mom, Pat Jarstad.

Hide Transcript Show Transcript O THE TEMPERATURES AND AS FAR AS CONDITIONS FOR TONIGHT INTO MONDAY MORNING WE WILL SEE SOME OF THOSE ROADS SNOW-COVERED, SOME PARTIALLY CLEARED AS WELL, IF ANY THE SNOW DIDN'T MELT TODAY. OUR HIGH WAS EIGHT DEGREES AND WE WILL SLOWLY DROP TONIGHT.

Alan Walker & ISÁK - Sorry is the song of the day and this is the OPEN THREAD for right now.

The Space Force is a step in the wrong direction, we should be consolidating and combining our Military forces instead.

The future of Warfare is either anti-insurgency/terrorism on the ground and Missles/Drones at a distance. So the Navy, currently made up of Submarines and Targets, needs to shrink into its proper role of Submarines and Taxi Drivers, while the Air Force converts to Ground Support (properly an Army function) and Drone Drivers (based on solid ground = also Army). Coast Guard activities are already an adjunct to the role of the Army Corps Of Engineers, and the Marine Corps should have become an Army Regiment after World War II.

The cost savings and efficincy of consolidation and unitary command and stratehy would more that offset the howls of anguish that would echo from the Pentagon.

And most think public execution would be appropriate.

The only thing Mia influences is to step away from the table.

Trump Derangement Syndrome continues to haunt the Libtards and the RINOs until they reach the gates of hell for what they've done.

^^^^ And stand there laughing at Trump and all his Supporters suffering eternal damnation on the other side of the Gates?

And most think lynching is the appropriate punishment.

^^^^And yet, since you're one of Romney's 47%, you won't be affected. Weird that you're complaining.

Snoop Dog is such a trashy f--k. Sad how low this country continues to go. Taking down statues of men who put their lives on the line for freedom to celebrating men who pander to fat women's asses and weed. A stolen election and citizens rolling over to get their weak asses on a camera. Me, me, me oh so Woke.........


Defeat hell. The chiefs got their butts handed to them and they also were nasty at the game and patty puss's mommy acted like the nasty women she is. Looks like professional football is no longer a pass time in our country. Maybe they should have stayed out of politics and not tried to force their racist agenda. They are losers all the way around.