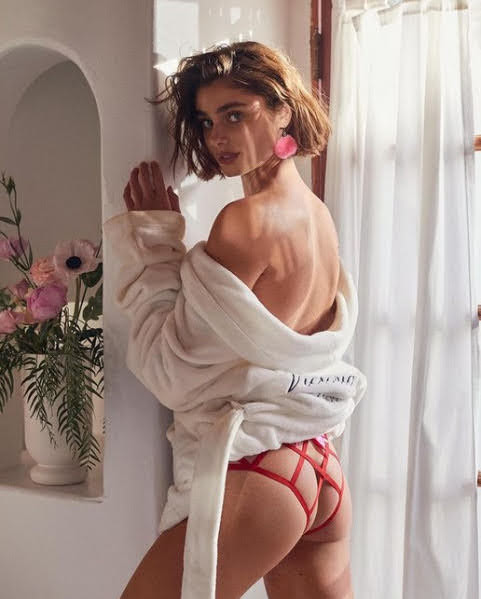 KANSAS CITY, Mo. - Oddly Correct has brought coffee lovers to the corner of Westport Road and Main street for the past eight years. But in the coming months, the owners hope to brew new business on Troost Avenue. "We've always been more of a destination shop," Mike Schroeder, co-owner and general manager at Oddly Correct, said.

On Tuesday, reported that Victoria's Secret would be bringing swimwear back into select store locations after discontinuing the line in 2016, a time in which the lingerie company began losing its market share to more size-inclusive brands that served and championed plus-size shoppers.

EXCLUSIVE: The largest conservative caucus in the House is circulating a new playbook on how to fight back against President Biden's $1.9 trillion coronavirus relief bill by exposing each of the ''liberal goodies" tucked inside the package. The Republican Study Committee (RSC) authored a three-page memo to conservatives to outline "all the left-wing items Democrats are hoping the public won't find about."

Ji Hyun came to the United States from South Korea to pursue her dream of becoming an intensive care unit nurse. Now, she is one of many international students whose job prospects and legal immigration status are threatened by months long processing delays in U.S. Citizenship and Immigration Services facilities.

STEVE Bannon secretly plotted to remove Donald Trump from office claiming he had dementia - and believed HE could personally succeed him as president, a bombshell new book claims. In a memoir released this week, TV Producer Ira Rosen wrote that Bannon mistakenly believed Trump "was suffering from early-stage dementia and that there was a real possibility he would be removed from office by the 25th Amendment".

That's not frosting. Customs authorities in Cincinnati intercepted a 44-pound shipment of corn flakes that were coated in cocaine on Feb. 13, according to US Customs and Border Protection. A narcotics detection dog named Bico was sniffing through incoming freight - being sent to Hong Kong from Peru - when he alerted workers to the package, officials said.

HARRISONVILLE, Mo. - Curiosity got the best of Dana Henson's cat. Now, she's offering a hefty reward for his safe return. The family's pet got trapped inside a delivery truck outside a Harrisonville home and hasn't been seen since. "I feel like I'm chasing something that's impossible to find," Henson said, "and I can't give [...]

KANSAS CITY, Mo. - During the pandemic, supporting small businesses has become more important than ever to customers who desperately want to see their favorite mom and pop shops stay alive. This week is Waldo Week, one example of the many ways local business districts are joining forces to survive.

FORECAST: A push of warmer spring-like air for Kansas City

Soak in the sunshine to start this new week! Mostly sunny skies are expected today along with a push of warmer spring-like air for KC. High temperatures will climb into the middle 50s today. Tuesday will be the warmest day of the week with highs soaring into the lower 60s.

Tory Lanez - Feels is the song of the day and this is the OPEN THREAD for right now.

Anonymous said…
Good move by H&R Bloch to convince the koloreds that they want to help them, I got news for you people, they already provide coaching for their clients!
2/22/21, 8:21 AM

KC said…
For the bonehead who said about that new coffeeshop on Troost: "But if you don't see people who look like you, working somewhere, that's the first signal that like, is this a place for you?" I wonder the same thing the one time I went to Gates BBQ.
2/22/21, 8:23 AM

No they’re not. 100 years ago you could say they were, but today immigration has become a way for corporations to keep from paying Americans a decent standard wage
The irony is, democrats are going to pass a 15 dollar minimum wage law, and at the same time flood the country with people who will paid less than that
You want a higher wage? Stop immigration
Even Caesar Chavez understood that
2/22/21, 8:43 AM

These people get everything "free" and whites are paying for it. Between welfare, charity, Affirmative Action, EEOC etc. Blacks have received $ Trillions in government and private sector assistance the last 60 years.

Anonymous said…
H&R Block has been overcharging most of their customers for their services for years. That's why customers have been fleeing to alternatives.
2/22/21, 9:13 AM

Someone should sue H&R Block that's racist discrimination at it's worst. This BS that a certain type of people were hit harder is a bunch of crap. This is not going to fare well at all with people Wait until the word spreads about this. How about we all put up a sign NO BLACKS ALLOWED!!!!!! This is the last straw. Black people have shown their true color of hatred and racism with this racist movement of BLM. You people are EVIL.
2/22/21, 9:18 AM

Anonymous said…
The KCMO Murder Rate and gentrification are part of the same equation.
2/22/21, 5:28 PM