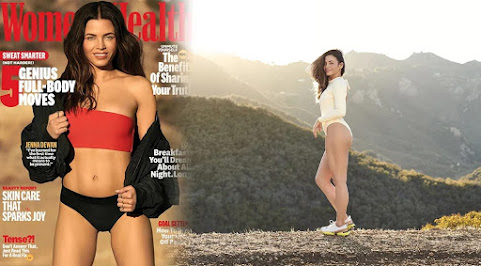 Inspired by hottie celeb promo dutifully shared with the plebs, we offer this collection of pop culture, community news and top headlines.

KANSAS CITY, Mo. - Three COVID-19 mass vaccination sites in the second week of Missouri's vaccine rollout will be located near the Kansas City metro. Gov. Parson announced the sites on Tuesday, which include Clinton, Bethany and Chilicothe. Doses will be available at the following dates and times, or until supplies run out: 8 a.m.

Before today's closing announcement, Fund II had already invested in 8 of the 20 companies targeted, all of which are located directly in the region or strategically accretive to the region, Darcy Howe said, noting half of KCRise Fund II companies to date are led by female or diverse founders.

The massive T-Rex dinosaur, fondly known as Rexy, greets visitors to Union Station. Now, Rexy proudly wears a Chiefs jersey thanks to Mark Exline, whose new title is fashion designer to a dinosaur."He is about 25 feet around the middle and about 13 feet around the neck, and there's no pattern piece for a dinosaur.

Jenna Dewan flashes her toned tummy in a bra top

Jenna Dewan has not neglected her movie star body during quarantine. The Step Up actress shared with the March issue of Women's Health - on newsstands February 9 - that she has kept up a routine of dancing, Pilates and healthy eating even when the stress from two kids builds up.

Washington - The Senate on Tuesday cleared a procedural hurdle on the road to passing President Biden's $1.9 trillion coronavirus relief proposal, a signal that congressional Democrats will continue to move forward with a vote to provide more economic assistance whether or not Republicans come to the negotiating table.

GOP Discord Over Liz Cheney, Marjorie Taylor Greene Once Again Has Trump At Its Center

The House Republican Conference will meet in person on Wednesday and is expected to discuss the fates of Wyoming Rep. Liz Cheney and Georgia Rep. Marjorie Taylor Greene, two Republicans with drastically different loyalties to former President Donald Trump.

Big Tech is so big it doesn't need its founders anymore

Uncovering and explaining how our digital world is changing - and changing us. Here's the Great Tech Founder Story we have been told over the years: Brilliant, quirky dude (always a dude) has a flash of inspiration, sets off on a quest to build something earth-changing, gets doubted along the way, and eventually steers his company to massive success - success that comes directly from his leadership.

House Minority Leader Kevin McCarthy met privately with fellow Republican Rep. Marjorie Taylor Greene to discuss her litany of controversial political stances - as Democrats ramp up pressure to have her removed from her committee assignment and the GOP seeks to have Rep. Ilhan Omar (D-Minn.) stripped of her committees in a tit-for-tat effort.

Recently, President Joe Biden included a measure in his $1.9 trillion coronavirus relief package to increase minimum wage to $15 per hour to help the U.S. economy recover from the pandemic.

PH Coffee, a neighborhood coffee shop to the core

Tucked away on Lexington Avenue in the historic Pendleton Heights neighborhood, PH Coffee began brewing for Northeast in October 2019. The four partners, Addison, Alex, Eric and Jarred, rehabilitated the building after deciding the sun-filled former United Television & Furniture corner was the perfect place for a coffee shop.


Everybody Flexes For Big Game

WARRENSBURG, Mo. - Like a Patrick Mahomes pass to Travis Kelce, right on point, the Super Bowl flyover must go on without a hitch. A female pilot based in Missouri is responsible for making sure that happens. The "Spirit" of Chiefs Kingdom is storming Tampa by land and air.

FORECAST: Best day of the week to be outdoors, Kansas City

Best day of the week to be outdoors, Kansas City! Find some time to get outside today with partly cloudy skies and highs near 54. By tomorrow we are tracking a 60% chance for light rain to light snow for most of our area.

Waxahatchee - Fire is the song of the day and this is the OPEN THREAD for right now. Keep going for more local links . . .

While many were concerned about Patrick Mahomes clearing the NFL's concussion protocol ahead of the AFC championship game, there was also worry about Mahomes' injured toe.The toe kept Mahomes on the injury report, even after he was cleared from the concussion protocol, but it doesn't look to be an issue heading into the 2021 Super Bowl.

KANSAS CITY, Mo. - Chess is experiencing a national revival following the release and popularity of Netflix's "The Queen's Gambit." One of the sport's best players lives in Kansas City. She's a rising star in the sport and becoming a master of the game.

The Shatto Milk Company is known for producing some amazing Kansas City concoctions over the years, but they might have outdone themselves this time.Shatto is producing a batch of red and gold cheese curds Tuesday to celebrate the Kansas City Chiefs winning the AFC championship for the second straight time

KANSAS CITY, Mo. - More people are buying plants in the pandemic. At Soil Service Garden Centernter on Troost Avenue, indoor plants are more popular than ever. Lakin Powell said she already has more than 40 plants but came in to get more. "There's something to look at in my house every day," Powell said.

'Skeletons on Ohio Street' cheer on the Chiefs in Clinton, Missouri

KANSAS CITY, Mo. - One Clinton, Missouri, household has turned its front yard into a skeletal display rooting on the Kansas City Chiefs. An exceptionally large skeleton dons the No. 15 jersey, while several others cheer from the sidelines - the front porch - behind homemade Chiefs signs.

Kansas City Chiefs fans are stocking up their beer refrigerators and making room in their bellies for this Sunday's Super Bowl. With Patrick Mahomes at the helm, the Chiefs are sailing down to Florida to take on the Tampa Bay Buccaneers, which means I have to try my best to avoid nautical references in the rest of this week's Tap List.

How 'bout those Chiefs? Kansas City's own are back in their second straight championship, taking on someone we've never even heard of by the name of Tom Brady and the Tampa Bay Buccaneers.

KANSAS CITY, Mo. - The Kansas City group G.I.F.T is working to support Black-owned businesses in the pandemic. The organization has award five grants since they started raising money last April. G.I.F.T. stands for Generating Income For Tomorrow. The idea came from a Facebook post.

Kansas City fans can see him on the Super Bowl halftime stage, and in 2022, they'll be able to see him at the T-Mobile Center.T-Mobile Center announced Wednesday that The Weeknd's "The After Hours Tour" will be in Kansas City on Feb. 19, 2022.Tickets go on sale on at 10 a.m.

Andy Reid on His Coaching Philosophy, Communication, Telling the Truth

Kansas City Chiefs head coach Andy Reid discussed his coaching philosophy with members of the media during the week of Super Bowl LV and shed some light on how the future Hall of Famer has worked with his players over the last few decades.

Reno said…
local vaccine sites up and running without help from the mayor?

I hope somebody tells him.

I really Wonder if those AF pilots will think about how their fellow vets gave their lives for the traitors who kneel at the football game. Sad day when the air force kneels to hatred and disrespect too. Makes me want to disrespect the vets that support this. As a matter of fact I do disrespect them. They are traitors too.
2/3/21, 11:07 AM

Anonymous said…
I’d like to screw that Jenna gal real deep and hard. I’ve only screwed on other gal named Jenna. She had bigger tits than this one.
2/3/21, 11:08 AM

Anonymous said…
@11:07-and yet, you un-American fucktard, those pilots gave their lives so those players can do anything they want at the football game. That's America you seditious, treasonous fuck. If you don't think so, you need to get your commie ass over to China STAT. Shove all your phony patriotism up your gaped ass.
2/3/21, 11:19 AM

Anonymous said…
Oh Goddamn! The Commie geriatric at 11:07AM tried to run her commie mouth but got knocked the fuck out by the patriot at 11:19AM Classic, absolutely classic!
2/3/21, 11:25 AM

It turns out that the biggest loss was in the American voter's belief in Trump's honesty and integrity (big surprise) and, while Trump did manage to increase his support slightly among all Minority Groups, his biggest losses of likely voter support were among the Elderly White population and especially among White Males over 55!

Wonder if it's sheer coincidence that the losses were in the group that contains the most Veterans and Veterans Spouses, and whether the contempt that Trump and the Trump Cultists have for America's Military (see @11:07 above) and that they display constantly had anything to do with his managing to "snatch Defeat from the jaws of Victory"?
2/3/21, 11:35 AM

Anonymous said…
Chimpy is praising his own posts again. Silly monkey! We can tell monkey posts from human posts!
2/3/21, 1:14 PM

Overnight converting America from energy independence and exporter, to dependent importer, killing the pipeline and the American oil industry and alienating our largest trading partner, Canada.

$5.00 gas on the way for those folks who drive to work, and stimulus bucks from taxpayers for many who sit on their ass and say "gibmee mor". Thanks low IQ voters!

It is strongly recommended one should ignore what he/she/it posts as it may result in permanent brain damage, which would be evidenced by voting dimocrapic.
2/3/21, 1:20 PM

Anonymous said…
11:35 is so full of shit. Quoting another CNN or MSNBC poll?

Anonymous said…
They are going to have to drag the bogus impeachment out for the next for year to cover the fact that they don't have a damned clue what they are doing on anything.
2/3/21, 1:32 PM

Wow. Where to start with this one, 1:20. Who or what is unemployed? Who or what is gay? The momma could be unemployed, as could the basement, or ..., hell it could be anyone or anything. Could you please repeat fourth grade so you can learn to get your point across? And of course, with a post like that one, you might want to reconsider calling anyone an imbecile.
2/3/21, 2:19 PM

Anonymous said…
Pelosi and her junta put our national guard up in parking garages while they were being used as thugs for China Joe. Yeo, those Dems really love our troops.

Anonymous said…
so the besos logistic teams are not going to solve the recycling problems to compensate for tax breaks?
2/3/21, 7:49 PM