Kansas City Headlines Front To Back 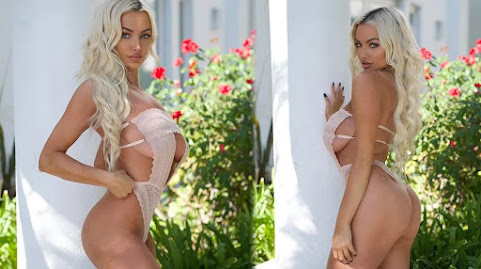 Recently, we noticed hottie Lindsey complaints of social media stifling her creativityAccordingly, we share a PERSPECTIVE on her suffering along with pop culture, community news and top headlines.

KANSAS CITY, MO - All this month, 41 Action News has observed Black History Month , with stories encouraging viewers to learn more about some of the impactful people and places in Kansas City. Now, Literacy KC has developed an smartphone app to take people on guided tours of some of those locations.

OVERLAND PARK, Kan. - There's a controversy brewing in Overland Park over how the city paves its streets. Some residents say the material used is dangerous to cars and people. The 2,000 lane miles in Overland Park are covered with chip seal. It was put down in 2014, and when news broke that the city [...]

After a big announcement from Missouri Gov. Mike Parson on Thursday, starting on March 15, Missouri teachers may get in line for their COVID-19 vaccinations. Many school districts in the state, like the North Kansas City School District, already have plans in place.Officials said the North Kansas City School District will begin vaccinating its 3,600 school employees as close to that March 15 date as possible, thanks to its comprehensive vaccination plan.

Many of Lindsey's 8.6 million-plus followers didn't waste any time showing their love and support for the steamy snap. The photo garnered more than 62,000 likes within the first 16 hours after it was published to her account. Her admirers also flocked to the comments section to leave over 870 remarks about the shot during that time.


DEMOCRATIC PARTY DEMAND: CORPORATIONS MUST PAY ONE WAY OR ANOTHER!!!

Top Democrats are drafting new plans that would penalize big corporations that pay their employees less than $15 an hour after a Senate official ruled Thursday that the party could not include a wage increase in its $1.9 trillion stimulus bill. Democrats led by Sens.

ORLANDO - Republican presidential hopefuls who once hoped to make their marks at a high-profile conservative political conference this weekend hit a last-minute roadblock. Donald Trump decided to show up. Trump's appearance Sunday at the Conservative Political Action Conference - his first speech since his norm-busting presidency ended on Jan.

"I know this might sound like a little bit of a downer, but we also believe in property rights, and this is a private hotel," Schneider said. "And we believe in the rule of law, so we need to comply with the laws of this county that we're in.

Militia groups involved in the 6 January insurrection want to stage another attack around Joe Biden's upcoming address to Congress, aiming to "blow up" the complex and kill lawmakers, the acting chief of the US Capitol police has warned.

LONDON (AP) - Prince Harry, who decamped from England to Southern California last year, rapped the theme song to the 1990s sitcom "The Fresh Prince of Bel-Air" during a late-night talk show appearance in which he said he didn't walk away from his royal duties.

Sarah Morris has been named general manager of KCUR 89.3 and 91.9 Classical KC following a national search to replace Nico Leone, who left in December 2019 to become the president and CEO of KERA in Dallas.

KANSAS CITY, MO (KCTV) -- Friday is the KC Streetcar's third annual Black History Month celebration. It's all virtual beginning at 7 p.m. on the streetcar's YouTube and Facebook page. The event is set to include dance, poetry, music and guest speakers including Mayor Quinton Lucas.

Finally Friday! We will start off this last day of the week with more sunshine and finish with more clouds and a 20% chance for light rain or a sprinkle. Our high temperature today will be near 50. We will feel another spring push with temperatures back into the 60s for Saturday!

Jason Derulo - Take You Dancing is the song of the day and this is the OPEN THREAD for right now.

'Not our trash': Neighbors frustrated by trash piles linked to KCMO pet store

KANSAS CITY, Mo. - Neighbors near 50th and Brooklyn in Kansas City, Missouri are frustrated with the amount of illegal dumping taking place in their community. "Is there words to describe frustration, there isn't, because we live here and we are not this and so we do not want to be labeled this, this is not our trash," Linda Brown, President of the Blue Hills Neighborhood Association, said.

Officials with the Central Jackson County Fire Protection District said injuries have been reported - one potentially life-threatening - in an apartment fire off Northwest 3rd Street and Northwest Vesper Street in Blue Springs, Missouri.While age information on the injured individuals is not available, officials said a juvenile is among those injured.Refresh for updates on this breaking news.

OVERLAND PARK, Kan. - The one-shot coronavirus vaccine made by Johnson & Johnson is expected to receive emergency use authorization by the U.S. Food and Drug Administration on Friday. Health officials in the Kansas City metro believe this will ultimately help with local supply.

Lenexa-based Hostess Brands Inc. overcame the pandemic's challenges last year, posting its 12th consecutive quarter of net revenue growth. "Rooted in our core values, our team rose to the occasion, and once again, delivered in an uncertain and changing environment brought on by Covid-19.

KANSAS CITY, Mo. - Tickets go on sale Friday for the Big 12 Men's Basketball Tournament, and now we know what the next big sporting event will be at the venue. Professional Bull Riding is back in town for its Unleash the Beast series. Two shows are scheduled: 6:45 p.m.

Pop-up to spotlight locally-owned businesses and women of color

THE CALL still answers the need for advocacy in Kansas City

Over a century of storytelling. From struggles to success - trials and triumphs. Kansas City's "THE CALL" has been there to cover it all. THE CALL is one of two Black-owned newspapers in Kansas City. In 1919, Texas native Chester Arthur Franklin moved from Denver to Kansas City to start the paper and was in charge for over 40 years.

Becoming a Kansas City, Kansas, firefighter is one way Morris Letcher dedicated himself to giving back to the place where he was born and raised. Now, his community is rallying around him as he battles to overcome a series of medical problems.


Brew For Good Cause

We all know the wonderful work The Dream Factory does - making dreams come true for children struggling with critical or chronic illness.It's certainly a mission worthy of a toast.The folks at East Forty Brewing in Blue Springs have just the thing to fill your glass.They're collaborating with The Dream

'We expect to be in the playoffs': Royals' Whit Merrifield ready to lead, planning to win

KANSAS CITY, Mo. - Whit Merrifield is ready to take on a leadership role with the Kansas City Royals, and he made it clear Thursday he has expectations for the team going into the new season. "We expect to be in the playoffs, and we expect to be playing in the fall and get to [...]

Sarah Morris new GM of KCUR. That's definitely a picture of a Karen.

Put some clothes on, Lindsey. You look trashy.

I am assuming the new GM of KCUR is a transgender, Marxist Democrat posing with a scarf like Dr. Birx; the demented twin of Dr. Foulchi ?


After they tell you a story of victimhood, the story tellers will mug and loot you on the street car to demonstrate celebrating black culture.


I cannot overstate my admiration for the remarkable organization and efficiency displayed by the nearly 400 volunteers in the “Operation Safe” vaxx operation underway on the Cerner campus, adjacent to the NKC hospital.

With COPD, Covid represents personal lethal threat, and the courteous, friendly staff made this appointment almost enjoyable. 18,000 arm sticks to date. Amazing. I will add a quick (non-political) thanks to President Trump for enabling industry gear up to enable the "fast track" production of these life saving injections.


soo uber-lib KCUR's new boss is a lezzie..good..but not enough!

protesters demanding they hire a black tranny..if not..KCUR is racist and homophobic!

The only use for KCUR is as a cure for insomnia. 😏

^Well unlike you then, at least they have a use.

Weak. Poor Chimpy, clown-suited by everyone all day again. Lol

Q: What did the millionaire call his buxom house cleaner?