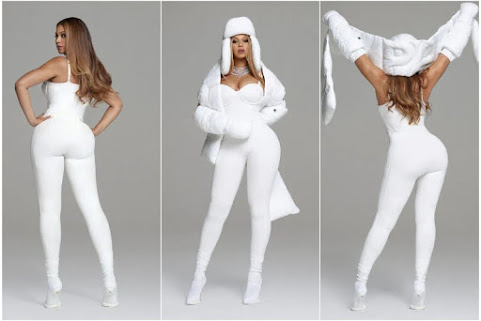 LENEXA, KS (KCTV) -- Road crews and towing companies are finishing up one of their busiest weeks ever. Trucks with Santa Fe Towing have been out on the roads almost constantly since last weekend. A typical winter day may have about 100-120 tows, but this week they're averaging 150-200 every day.

Missouri River has an ice problem

KANSAS CITY, Mo. - It's been so cold for such an extended period of time that ice is becoming a problem along the Missouri River. The Kansas City office of the National Weather Service said Thursday that an ice jam has formed on the river north and west of Jefferson City, Missouri.

GRANT COUNTY, Okla. - A sizeable earthquake struck near the border of Oklahoma and Kansas this morning, sending vibrations felt 150 miles away. The United States Geological Survey measured the earthquake at a 4.2 on the Richter scale. That's enough to feel like a small fission bomb, or 60,000 kilograms of dynamite, and cause damage around the epicenter.

Hailey Bieber is a 24-year-old fashion model who regularly appears on magazine covers and is the star of the latest Versace campaign; she is also married to Sorry singer Justin Bieber. Beyonce is a 39-year-old world class Grammy winning singer with hits such as Crazy In Love under her belt, as well as a part-time actress (Austin Powers in Goldmember) who has three children with rapper Jay-Z.

Sen. Lindsey Graham is heading to Mar-a-Lago this weekend to meet with Donald Trump in hopes of bridging a growing rift in the top echelon of the Republican Party, CNN has learned.

Six Capitol police officers have been suspended with pay and another 29 are under investigation following last month's deadly riot, the department said. Capitol police spokesman John Stolnis told NBC News that the agency's Office of Professional Responsibility is looking into the actions of the 35 officers during the Jan.


Iran Away From Nukes

WASHINGTON (AP) - The Biden administration says it's ready to join talks with Iran and world powers to discuss a return to the 2015 nuclear deal, in a sharp repudiation of former President Donald Trump's "maximum pressure campaign" that sought to isolate the Islamic Republic.


EVERYBODY TO BLAME FOR BRITNEY’S TEARS!!!

Bella Thorne is standing behind Britney Spears as concern for the pop star has hit an all-time high. Thorne, 23, spoke to Fox News in an interview this week to promote her new single, "Shake It," released on Friday. The former Disney star also shared her take on the public's treatment of Spears after watching the now-viral documentary, "Framing Britney Spears."

From the Bar K Beer Tour to the Kansas City Fairytale Ball, there's something for everyone itching to celebrate the thaw this weekend. For those stapled to the sofa, how about a music or poetry reading live stream? All month The Bar K Beer Tour 2021, 501 Berkley Pkwy., has been extended through March 7 due to inclement weather.

A recent poll from the Kaiser Family Foundation revealed that six in 10 Hispanic adults say they don't have enough information about where to get a vaccine. Community and health leaders in the Kansas City area hope to change that for the local Latino population.

We made it! The last bitter cold night dealing with air originating in the Arctic is over. This latest cold snap began the evening of February 5th sending temperatures to record depths for a three day stretch while holding temperatures below freezing for almost 2 weeks.

P!nk, Willow Sage Hart - Cover Me In Sunshine is the song of the day and this is the OPEN THREAD for right now.

Where will Fredo end up if his brother goes to jail?

Fredo should go to prison just because he helped hide the deaths, he had cnn cover for his dumbass brother all this time.

The daughter of 2 African-Americans, Beyonce has become whiter and more blonde with each passing decade. Jay-Z got himself a white girl!!!