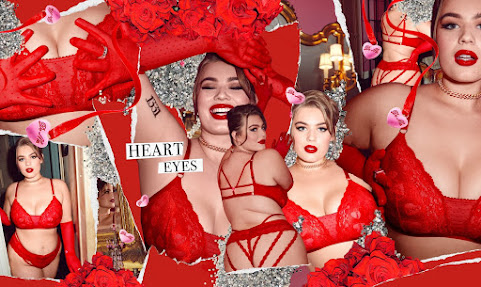 The panty game can be tough and not even "woke" ethics guarantees success for even the most "inclusive" effort. Accordingly, right now we consider the fate of celeb big biz along with pop culture, community news and to headlines.

KANSAS CITY, Mo. - People living on Newton Avenue say they are fed up with navigating around large construction vehicles parked on their narrow street. The trucks with industrial and utility equipment take up multiple street parking spots and blocks the view of traffic. These trucks parked in a residential neighborhood are also a code [...]

KANSAS CITY, Mo. - More dangerous temperatures are on the way as a wind chill advisory will go into effect in Kansas City at midnight Friday. Wind chills are expected as low as 10 to 20 degrees below zero. The wind chills can cause frostbite on exposed skin in as little as 30 minutes.


No Love For Cold

Valentine's Day is the single busiest day for florists across Kansas City, and across the country for that matter.They're bracing for this year's rush in the middle of the pandemic.Valentine's Day last year was one of the last holidays many of us celebrated before the COVID-19 pandemic upended everyone's lives.Experts expect this year's celebrations will look very different, with fewer people going out to celebrate.

Written by Leah Dolan, CNN Rihanna's clothing line, "Fenty Fashion House," is being suspended indefinitely, luxury conglomerate LVMH announced today. The label was launched less than two years ago with the French company, which is home to high-end fashion houses Louis Vuitton and Dior, among others.

Nikki Haley breaks with Trump: 'We shouldn't have followed him'

Former Ambassador to the United Nations issued stunning remarks breaking with former , telling Politico in an interview published Friday that she believes he "let us down." "We need to acknowledge he let us down," Haley, who served in her ambassador role under Trump, said.

The Biden administration on Friday moved forward with dismantling one of former President Donald Trump's most consequential policies to deter asylum-seekers from coming to the U.S. The government said that tens of thousands of asylum-seekers with active cases that fell under the "Remain in Mexico" policy would be allowed to enter the United States while their cases proceed.

MSNBC was the most-watched channel across the board on Tuesday, the first day of trial in the second impeachment of former President Donald Trump. CNN won big with the valuable demographic of viewers age 25-54, and Fox News topped broadcast networks CBS and ABC's coverage of the impeachment trial.

Sen. Ted Cruz blasted Disney for firing Gina Carano from the hit "Star Wars" spinoff "The Mandalorian." Carano was sacked after she compared Jews in Nazi Germany to modern-day conservatives. Republicans have increasingly inserted themselves into the so-called cancel culture debate.

10 years ago this week, a then-unknown teenager named Rebecca Black gave us -an ode to being 13, recently blessed with your own ghost-written , and feeling the sugar rush of having a whole weekend free and open right in front of you.

FAIRWAY, KS (KCTV) -- In a story about a 40-pound block of cheddar, it's no surprise that Gina brings the cheese: KCTV5.com is now with you on the go! Get the latest news updates and video, StormTrack5 weather forecast, weather radar, special investigative reports, sports headlines and much more from KCTV5 News.

Sub-zero temperatures and social distancing guidelines might leave plenty of room for making reservations this Valentine's Day weekend. The good news is that we're used to celebrating from home at this point. 8:30 a.m. - 6 p.m. There's a brand-new coffee shop coming to the Crossroads.

Clouds skies to being your Thursday and most of the day the clouds will be with us. A few flurries and little patchy freezing drizzle are possible, but most will see drier skies today with high temperatures near 15. The arctic plunge gets even colder for Friday and into the weekend.

Rebecca Black - Friday (Remix) is the song of the day and this is the OPEN THREAD for right now.

Nikki Haley can kiss her presidential aspirations goodbye. She's been overrated for years. Her intelligence about the impeachment is misguided. She will be forever judged harshly for situational unawareness by misspeaking prior to Trump's defense team giving their side of the debate. It's not a good look for her from an intellectual standpoint.

^^Another MAGAT who sees the light. Trump's a chum who hires "all the best people" Remember that?

If trump's immigration policies and wall did not work why id biden working so hard to undue them?

Biden is going to flood the us with low skill labor that is going to reduce your wages, increase your rent and taxes and lower your standard of living.

The wall and the remain in Mexico policy were working well. It was the first time we had seen real improvement at the border in years. Now, with Biden’s undoing of all of the progress, he is ceding the border to the cartels and the coyotes again just like Obama did. Beijing Biden is an enemy of America giving aid and comfort to our enemies.

@11:05 If you actually have a job I hope an illegal takes it. However based on your posts you're not smart enough to obtain one.


I wish Nikki Haley would show us her tits.

^^I saw them. She's easy like Sunday morning. You must be revolting.

What's with the tubby broad in her underwear? Couldn't find anything that didn't suck down Haagen Daaz one carton at a time?

Mandalorian is now the Malodorian.

Where in the world is the ARTIC? Is that like ANTARTICA? Or MISSLE? Editor on liquid lunch break?