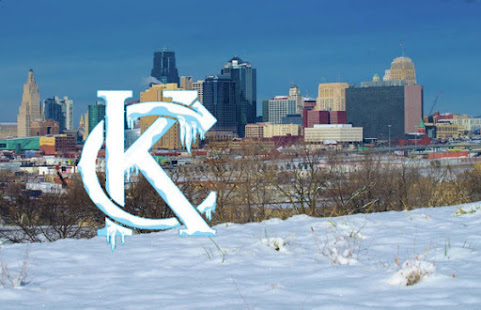 A debate over the future of power and who holds it emerges amid this Kansas City COVID Winter of discontent.

Locally, we credit mainstream reports that eschew euphemisms that attempt to coverup the reality of rolling blackouts and their surprising local implementation.

Fact is, thousands of residents suffered power cutoffs for more than an hour on one of the coldest days in Kansas City history.

More importantly, this arctic chill crisis has people already debating what many see as inevitable rate hikes in order to improve the grid.

There are legit arguments from both perspectives which Kansas City denizens will have plenty of opportunity to discuss online given that there is NO ARGUMENT that KCMO neighborhood street clearing has FAILED yet again and most residents are stuck inside for the next few days no matter which partisan side of the same coin they endorse.

How do power companies decide which customers to black out?

Evergy: Power should be coming back online soon for those impacted by rolling blackouts

Record breaking cold in Kansas City not seen since 1980s

How to stay warm without power or heat

Never fear. Pathers will protect us.

Don't count on it tough guy.

Well, I did get some enlightenment from Stigall's show this morning. Our rolling blackouts "here" have NOTHING to do with our demand. We are, and always have been a net producer of energy. The blackouts are to reduce energy consumption here to allow more use in the southern states. THAT is a crock. MOPUB should NOT have permitted the sale of KCP&L to Evergy or however that went. That puts OUR energy needs and generation in the hands of a collective of users (and a few producers), States away. WE sacrifice for those who do not plan appropriately (i.e. TX).

It's not sustainable energy if the lights go out. Say no to bird killing, heavily taxpayer subsidized wind power that fails when it's needed most!

Kansas City and Jackson County have been ruled by the democrats for over 80 years. Time for change.

^^and yet that has nothing to do with it and you're fucking dumb. weird.

Wear a mask, wear two masks, conserve energy, turn your lights off, you lose your energy for half a day in minus five degree weather, we will charge you with a crime if you try to protect your home and family from criminals.

No, this is not North Korea but the Marxist States of America brought to you by the Democrat Party.

^^OK Boomer. Go watch Matlock then hide under the bed before the evil Fems get you!

The green "sustainable energy" is a joke. It has been proven over the past few days what a failure green energy is.

^^And yet it was the gas-fired plants in Iowa and Texas that got knocked offline due to icy conditions that caused the issues. Weird. Typical repubturd response. Can’t stand on the truth, sell the lie. Weird.

Rolling blackouts are 100% brought to you by the Dim0crats.

If wind generators weren't highly profitable and more cost-efficient compared to coal or gas-fired plants, the utilities in Texas wouldn't have dramatically upped their investment in them. Texas leads all states in wind turbines, with Iowa second. Those states are pretty damned conservative, yet land owners there and everywhere else are bending over backwards to offer sites for profit where wind is steady enough to be practical. Oh, and as far as birds, you wouldn't know a bird from a butterfly. Wind turbines aren't the threat to birds; habitat loss, windows, your car and your cat are far more fatal to birds. Those are facts, not Tucker Carlson's fart dream you seem to like to sniff.

Bs...look it up...Obama, on camera, stated he was going to.make it cost to much to run a coal fired plant. He kept that promise. For every coal generater we shut down, China and India started 20....but we should pay the price for bs global warming. Remember that green jobs $1 billion price tag that Obama created funding a battery plant that never made 1 battery..viva Solendra