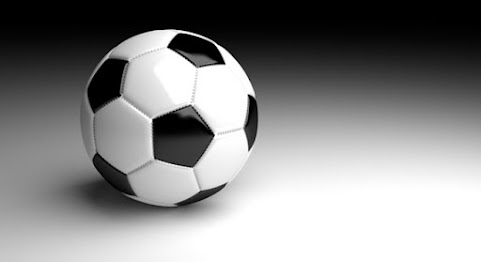 Kansas City is set to give final approval to a to a pricey soccer complex in the Northland that partners with Sporting KC.

There are legit concerns about funding and budget priorities during the pandemic that question the plan.

However, budget talk isn't any fun.

EAST SIDE LEADERS DENOUNCE CASH FOR THE NORTHLAND WITH DIVISIVE RACIALLY CHARGED SUBTEXT!!!

Overall there's a serious behind the scenes move to sway Black council members and "sympathetic" votes on the council with quasi-social justice chatter that attempts to derail the hum-drum plan.

Here's the argument from a local "leader" delving into metro geo-politics:

"We are not against a soccer complex being developed in the Northland whatsoever. We are against tax payers funding it. Especially because the burden to fund the project is ours collectively but the revenue will NOT be ours collectively. Public money for private gain is a problem in any climate."

Again, there are legit arguments against spending more cash on soccer.

What's more concerning is the thinly veiled and irresponsible language from leaders which seeks to further divide this community.

Fact is . . . The proposed complex is "open" to everybody and the revenue model follows so many other public/private partnerships in Kansas City.  There's nothing really special about this deal.

Still, it's not that we defend giving away taxpayer cash but we notice a trend from so many of our East side leaders . . . They only decry taxpayer subsidy when it doesn't benefit their community whereas far more committed KC fiscal hawks from throughout the metro denounce corporate welfare in all of its insidious forms.

Because we want to encourage resistance to city hall payouts, we welcome these opponents of the Northland project to join opposition against cash for 18th & Vine and Downtown P&L District corporate welfare.

If voters in Kansas City REALLY want to push back developer handouts then it's going to take real partnership that moves past petty neighborhood politics.

Developer funding and tax abatements has to stop.

Well, the Northland funds the police and fire department so maybe they deserve this.

Instead, support the blowout spending on warming centers and BLM street art..

That's a lot of money for a kickball field


Good for the Northland! They pay most of the KC taxes..so KC should FINALLY give them a little bit back.

Maybe Mayor Lucas and his staff can travel to the World Cup to present a Kansas City soccer ball !!

It would be really nice if shitty hall decided to spend some much needed money on whitey, every penny given to the kolored projects I’d used to buy Escalades, whitey up north could use new pimp mobiles too!

"Because we want to encourage resistance to city hall payouts, we welcome these opponents of the Northland project to join opposition against cash for 18th & Vine and Downtown P&L District corporate welfare. "

Chris Goode is not an Eastside leader. He owns Ruby Jeans Juice. Not the same thing. Yeah, he sits on the Parks & Rec board and he drinks the kool-aid of the shake-down artists but leader? I don't think so.

Maybe if the Eastside thugs stopped killing everybody they could have nice things too?

1:21pm Eastside leader must be Tony's way of saying the person is Black. If being used in this manner... that is racist. It's not racist to say Black business owner and P&R Board member so and so denounces such and such. It sounds better, is more articulate and perfectly captures the perspective of the person making the argument... but then, it just wouldn't be that relevant, unless the comments are made in connection with his Parks and Rec post. This clearly doesn't sound like an official statement. So...more of a rant.

Ia it possible the east side council leaders have had something to do with the poor roads, curbs, street lightens and medians on the west side of the city???

I agree against the soccer complex being funded with City funds. We just built a soccer park in Swope under Mayor Obese Fatty-McGaddy James and the prostitute City Councilwoman. Give it a rest on the soccer. I disagree with the headline and use of Eastside Leader in the manner its being used, which Goode does not qualify for. If my recollection serves he's in One or Two Light, which is also not on the Eastside. Just call him concerned Kansas Citian. He can be that all day long.

gotta pour more money down the drains of 18th n vine, citzel, new police station and subsidizing grocery stores and kcsd for blacks or it's racciiiissst!

The Section Apes don't like anybody but them getting bennies.

^^ He wants to be a shakedown artist and pretend he's the next MLK like all of the other lovers who respond to the term Eastside leader, activist, etc. There is no such thing as an Eastside, Black Leader, etc. When these terms are used to identify or not identify people, it usually is camouflagging an agenda. Well meaning folks don't walk around calling themselves activists or Eastside leader.

Another dumb idea by some white person.

guess they got their street lights turned back on?

KC Northland is losing millions to big facilities in Olathe, OP, Independence that host huge tournaments and leagues. Plus the Northland pays way more than its fair share of taxes and gets shitty roads in return. About time the Northland gets something nice.