The satire writes itself in a recent story of hypersensitivity that locals hope to politely ignore.

However, activist outcry against the implications of playground equipment deserves deeper consideration as Kansas City struggles to honor the memory of an American civil rights icon.

It's a bold allegation that volunteers and organizers didn't anticipate.

They money line was buried and deserves to be highlighted . . .

Kevin Woolfolk, the director of membership engagement of the Southern Christian Leadership Conference’s Greater Kansas City Chapter, sent a message in the Zoom chat that read, “Not happy with ropes in the play area. Ropes are a symbol of Jim Crow racism, injustice, and terror…. Might be a good idea to eliminate ropes as a feature of the park.”

The knee-jerk reaction would be to take offense and in turn escalate the conversation.

Alternatively, we think the concern merits serious and precise deliberation. 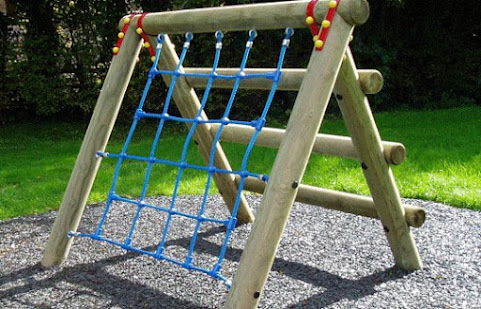 TKC isn't so old we don't remember playground ropes. Forgive us if we don't see it anything more than a lame physical activity that doesn't seem as fun as playing video games.

Given that a reference to horrific institutionalized violence that once targeted African-Americans now threatens to impact the design of the KCMO park rehabilitation; we invite readers to contemplate the future wherein youngsters and all people are prevented from having any fun because of perceived historical implications or after municipal leader acquiesce to the effective rhetorical tactics of a faith community leader. At the very least, this town risks living out the plot from Footloose if this temperamental worldview isn't respectfully challenged.

We can only hope to reassure EVERYONE that it's highly unlikely the designers of youth activities intentionally referenced hate crimes in their plans. Moreover, the path to move forward and out of the shadow of alleged systemic racism might be to exercise some level of fortitude when confronted with the imagined legacy of "problematic" playground equipment thereby teaching youngsters to overcome easily manageable obstacles.