The quotient of violence continues to spike across the metro and this afternoon police swarm in an area of Kansas City that has enjoyed a bit of a revival and renewed investment.

Whilst this part of the neighborhood is a mix between public & private housing, it's generally a pretty nice place and mixed income denizens typically walk past the area without too much worry. 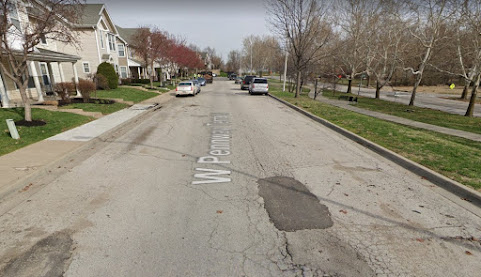 What was last year's murder record?

WooHoo! Meanwhile, in the major leagues, Baltimore has 38 murders and Chicago has 77. Philadelphia has 71 and little, old St Louis, the murder capital of Missouri, has 26.

I used to think this was a comment from a CHUD. Now I'm pretty sure it's the police media team trying to spin any complaints against them.

Nobody would be interested enough to read TK's dumb blog that closely and update stats with other municipalities so accurately in order to consistently offer these updates over years.

Kudos TKC, you should have them send you a check or pay for an ad.

Whatever. Lame either way.

Not lame. Actually, pretty good that they're doing their homework about what people are REALLY talking about, not just the social media echo chamber.

Not lame at all . . . unless (like most libs) you prefer that people remain oblivious to actual facts and statistics

And those mentally challenged in our city council are thinking it may be a good idea to downsize the police.

That's my alternate way to work if traffic is backed up.

It’s depressing that we get smoked by St Louis. As of 2019 st Louis population was 178000 less than KCMO. Last year we had a record year for murders and they still beat us by 80+. Our hood rats are incompetent buffoons.

^^^^ Our elected and appointed leaders are worse.

Maybe time to start thinking seriously about replacing the Chief.

Maybe it's time we started thinking about prosecuting murderers

^^^ Obviously a cop. Not a big deal but you should probably not be so obvious. Let people have their say without patrolling them please.