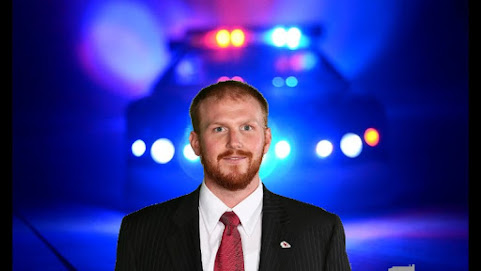 The condition of a youngster injured after car crash with a Kansas City Chiefs assistant coach continues to deteriorate.

This afternoon her family launched a campaign to help pay for medical bills. Their efforts seem to be earning widespread support. 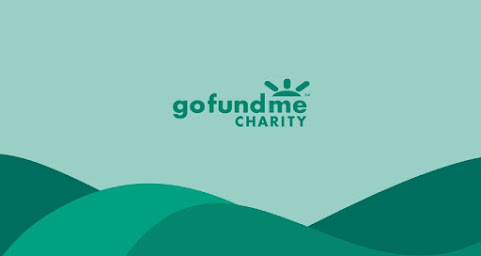 The GoFundMe page says Ariel's mother went to help her cousin who ran out of gas near I-435 and Stadium Drive. While helping her cousin, a Ram pickup truck driven by (Britt) Reid crashed into their vehicles on the side of the road.

The GoFundMe says Ariel's mother is a single mom of three and will need assistance covering medical bills and time missed from work. If you'd like to donate, click here.

ESPN: "According to the police officer statement, a KCPD officer said Reid's eyes were bloodshot and that the officer smelled "a moderate odor of alcoholic beverages." The statement went on to say Reid told the officer that he had two to three drinks and that he also took prescription Adderall."

TMZ: "It's all spelled out in a search warrant obtained by KCTV ... in which officers say the 35-year-old reeked of booze and had bloodshot eyes in the moments after the accident."

tell people you know DO NOT risk drinking and driving. No matter how harmless it might seem. Cars are dangerous enough on their own.

I feel so bad that this family.
Nfl you have a alcohol, wife abuse, and drug abuse problem. Not a social justice one. You funded it, you fix it! What a disgrace.

Put a band-aid on the kid and fuck off. We've got a game tomorrow!

IF the kid had been wearing a mask she'd be fine. MASKS SAVE LIVE PEOPLE!


That dumb son of a bitch. These piece of shit NFL scum need to stop this crap, all they do is get drunk and cause division. I never could stand that fat ass Reid he's all about money and has no backbone to stand up against the commie players let alone raise his son right. Just look what you have done Reid. Take your commie bowl and shove it up your fat ass. Ugly fat prick.

Wow! It's nice to see NFL fans have their priorities.


@ 8:53 and 8:58 That's about how mindless and reprobate you are not caring for a innocent little kid. But I'll bet you go around saying and supporting BLM don't you. Goes to show what a phony you are. Sick piece of shit.

The Chiefs are in the Superbowl. That's more than you'll ever accomplish in your life MAGAT!

The kid should be prosecuted for costing us an assistant coach.

The go fund me is a good cause. Something worth supporting for those who have the money.

why are spoiled rich-kids such douchebags? ..everything handed to them..yet they're still major fuck-ups

^^^^ Don. Jr should be included in that list if you weren't a CHUD and worthless. Scumbag.

If the Chiefs were decent men there would be a Million Dollars in that Go Fund Me account by Monday.

As to Chiefs Fans...these posts show what scrum they are. But if the Chiefs win tomorrow, the kids legal claim will automatically become TEN TIMES MORE VALUABLE.

Don Jr. is part of the TDS haunting your empty dome at night, CHUD Weirdo. He's done nothing compared to old Hunter Biden.

Throw the book at this POS please!!!!

Kevin Keitzman told the absolute truth about Andy Reid and got fired. KC is a backwards town. People can't handle the truth here.

All the Superbowls in the world won't change the fact that your sons are F@ck ups.

Keitzman was off putting and people were tired of listening to him.

His own company got rid of him and he missed out on the chance to cover a super bowl after a career spent talking about the Chiefs.

The guy lost. He can only take solace in the misfortune of others. Don't make him out to be a hero. He's just a talk show host who is now selling a podcast.

Wow Reid's sons are all complete losers. The only redeeming factor is he probably won't turn into a total fat pig if he goes to prison. It looks like he already is turning into one.

If I would have done the same exact thing they would have made me take a breathalyzer and sent me to jail. Why the fuck does he not get a breath test after admitting to drinking?

Why is Reid not been arrested and charged and currently under all kinds of alcohol and drug monitoring via live testing and ankle monitors and a blow tube on his vehicle?


Special privileges no doubt since he's a Chiefs staff member.

Reid must really hate His dad to pull a stunt like this.