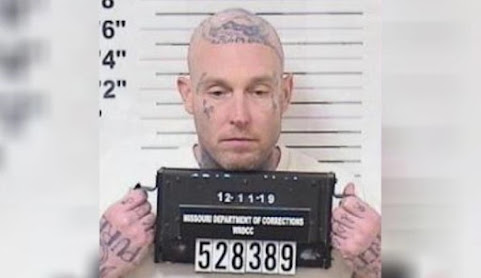 Here's a glimpse at the aftermath of a recent inner suburban standoff as this embattled suburb copes with rising crime and a seemingly emboldened criminal (suspect) class.

Highlights from the story . . .

The victim told police that she saw Clinton Everhart shoot a person inside of a vehicle they were all in, in Kansas City. She said that Everhart and another male suspect were still in the vehicle and she was thrown to the floor and tied up with zip ties.

She said that Everhart drove the other man to Independence and dropped him off before driving her a home in Grandview and removing the zip ties.

Once inside the home, Everhart allegedly injected the victim with drugs, made her undress, tied her up again and sexually assaulted her.

The victim took the shooting weapon with her when she contacted officers, according to court documents. The victim told police that Everhart was still inside and had an AR15 rifle with a silencer, scope and heated sensor. She also told police that the residence was equipped with cameras.

According to court documents, the victim had marks on her wrists that were consistent with being bound.

Grandview police arrived at the residence and two men and a woman exited. They said that another man was still inside the house with the suspect. When the suspect didn’t respond to negotiators, the SWAT team got a search warrant and entered the home, finding him hiding in the crawl space with a rifle.

Everhart was arrested and taken to the hospital because he appeared to be under the influence of drugs.

So I guess she is NOT going to introduce him to her parents. Sad.

Life is not a movie holmes.

Just looking at him I'd cross the street to avoid direct contact. Who let him close enough to their person to get assaulted? Sounds ridiculous! He looks deranged.

Jean Petersucker Baker will recommend a life sentence for punishment. If he was black he would get 30 days probation.

I'm thinking those tats might make it difficult for him to find a job.