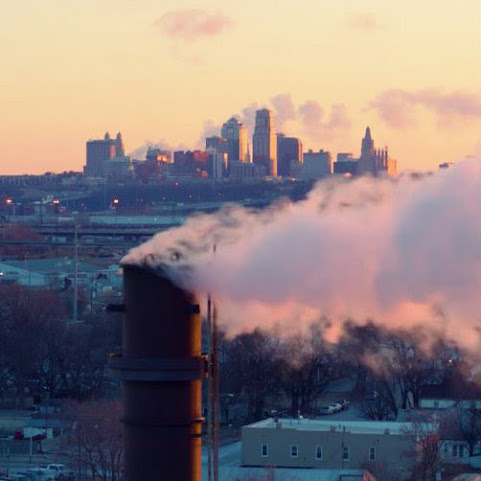 KANSAS CITY POLICE AND POLITICOS REFUTE CHARGES THAT THE HOMELESS DUDE WAS DISPLACED BY AUTHORITIES BEFORE HE FROZE TO DEATH!!!

"We share the concern about the unfortunate death of a homeless person due to the extreme weather. However, no city agency has conducted any sweeps of homeless encampments yesterday or today.

"Camping is not allowed in city parks, and when Parks Rangers do ask campers to move out of parks, they are asked to take their belongings with them, we do not take property away from individuals. Additionally, when working with homeless individuals, we regularly offer assistance such as referrals to shelters and other social service agencies. Many times staff from community groups work with us in the field to reach those who need help."

Sadly, good intentions weren't enough to save this dude from freezing to death.

THE KANSAS CITY COVID-19 HOMELESS CRISIS IS UNDERWAY AND CLAIMS ANOTHER TRAGIC FATALITY!!!

The reality is that resources are dwindling and "official" tent encampments planned in Northeast are still under debate as Downtown cheerleaders look to push the worsening problem outside of the loop and into surrounding neighborhoods.

Meanwhile, the first blast of winter and the COVID surge are just the beginning of this disaster in the making.

City needed to prepare for this BEFORE the winter. They knew this was coming and shelters would be over run. You mean to tell me KC has already had hundreds of millions of dollars directed toward it but all of that cares act money couldn't be used to help with some solution.

Bad leadership from the county and and city hall.

I don't seem any people offering the homeless space in their houses. Maybe that is some of the problem.

Outside overnight in this weather, the survival chances are almost nil.

True but his chances inside of a tent would have been better than out in the cold with no shelter at all. In this kind of weather we need to make allowances for people in crisis.

You can't just say: Move along.

Move along to where?

This man needed help and he got none.

Mayor mckneely is killing everybody now, he knows no bounds when it comes to dead people. Does the commie red star count these deaths in the murder column? maybe throwing some of these hobo’s in the very empty city paid for hotel downtown would help..

3:25 I have a tent I’ll loan you and see how well you do in this weather, cold is cold dummy, tent or not.

3:22 yeah, and when your wife or daughter get raped, let us know how you feel then.

I’m sure this upstanding citizen was the picture of good health. I’m sure he didn’t drink in excess. There are more programs in this city to get people help and off the streets, if they want it. In the past I’ve tried to do my part and help the less fortunate the proper way not just handing them some cash or a sandwich. I’ve spent the time and really tried to get some people to take advantage off all the programs out there and get off the street. A very common response was “I like the way I live and I don’t want that to change”. Or “I can’t drink in a shelter”. To me that’s crazy but to each their own. Most people out there begging on the corner are where they wanna be so don’t go sinking money into “fixing” that. Let the city council find another way to waist the money.

Really doubt u are doing your part CHUD.

3:22 Where did you let the folks sleep you took in?

And you? 7:31 CHUD man, tell us about your good deeds. You fucking hypocritical moron.

Most refuse help because they are drugs.

Ok, I’m sure this idea has got logistical flaws that Tony’s readers will be quick to point out, but I’ve sometimes wondered if the city could buy a couple of retired Greyhound buses to use as a sort of mobile shelter in frigid weather. They would have reclining seats for sleeping, a restroom and could travel to known homeless areas. If there’s concern about co-mingling, there could be one bus for men and another for women and children, and a police or security officer could be on board to assist with any security issues. Again, might never work, but it seems like a better option than letting anyone freeze to death.

Just wait until the KCFD starts hosing them down again any day now.

Then it's really off to the races.

We are well established IT and outsourcing firm working in the market since 2013. We are providing training to the people ,
like- Web Design , Graphics Design , SEO, CPA Marketing & YouTube Marketing.Call us Now whatsapp: +(88) 01537587949
: Digital marketing training
Free bangla sex video:careful
good post Freelancing Training in bangladesh

I vote for hosing them again, it works better than doing nothing that the mayor is doing.

What would kc Nichols do???

I swore we had laws for these sorts of things, too bad we have the most worthless mayor and prosecutor on planet earth. Dimwit run cities are breeding grounds for stupid people, blacks, murderous blacks, thieves, druggies, alcoholics and welfare abusers.

Ship’em to California, Seattle or Portland.

Christian geezers acting un-Christian. How typical. This is why everybody hates old people.

Who said they are Christians. They sound like the KANSAS CITY ATHEIST COALITION Chuds.

Go back to Bunkerchan cuck.

Where are or were all these so called church leaders who go and blow about how they are so concerned about the people of Kansas City at?

Do they shut the heat off in their churches between Sundays?

Hey Reverends does the bible not tell you to care for the needy?
Proverbs 14:31
Whoever oppresses the poor shows contempt for their Maker,
but whoever is kind to the needy honors God.

Sounds to me all you so called Caring Reverends need to get up off your fat duffs and practice what you preach.

Sounds to me you so called Caring Reverends need to do less politicking and do more for your fellow man as the good book tells you to do.

Proverbs 28:27
Those who give to the poor will lack nothing,
but those who close their eyes to them receive many curses.

^^Please let us know how many you’ve sheltered stupid Dave. You’re post is exactly what 9:44AM is talking about. Idiot.

Alcohol in the bloodstream makes one more susceptible to hypothermia. If they check this guy's blood they are likely to find a high percentage of alcohol.

I don't remember adopting any of these derelicts.The responsibility to protect yourself from harm and death lies primarily with you. After that, family. After that, friends. Somewhere down the line, government, if there's any money left over after paying for expensive but useless shiny things.

There was plenty of room for this individual. No one can fix stupid people that refuse help.

Do you have any idea how impossible it is to cheat the welfare system??? Or that 75% of welfare recipients are WHITE?!? Ur ignorant as hell.

10:36 you and some others miss the whole point Dave is making. But stupid people such as yourselves are the real idiots who can't see the truth related to the whole matter. There are many warm buildings that can be used to keep someone from freezing to death. The churches could be doing more out reaching in our towns for the people and less political elbow rubbing.

10:36 how many people did you allow to stay at your place?I must ask since you seem to think anyone with a decent solution here is an idiot because they didn't do so.

I'm betting you're 9:44 anyway so simple to see what a hateful prick you are.

When Lucas and Archer got a Biden/Harris grant to construct a COVID crematorium, Planned Parenthood took a sublease on the project!!!

Most bums refuse offers of shelter if they can't bring drugs or alcohol. Feel free to invite an addict into your home and see what happens.

The blood is on your hands Quinton!

City Hall has plenty of money to run a trolley for tourist, but no help for the less fortunate in our community. Beyond disgraceful!

10:36AM –I go to downtown church. The church does not allow homeless in the church to use bathrooms and sleep. Why is it their responsibility? Why do people like you think charities should solve the homeless problem while government looks the other way?

12:13, I agree. If nothing else, let the freezing homeless sit on the trolley overnight.

The free everything crowd should be very worried about spending all their free money on a bunch of homeless drug addicts and alcoholics....

Wait, what? That is the free everything crowd! Hahahahaha!

^^But at least they have wives who are still alive unlike you! Hahahahaha!


the BLM outfit has scammed 100s of $Millions in "donations"...have they kicked in a penny to help the homeless?? ..have they actually helped ANY black person??

If this was a socialist country this wouldn’t happen.

Trolley ridership has evaporated. Could the homeless stay in the streetcar?