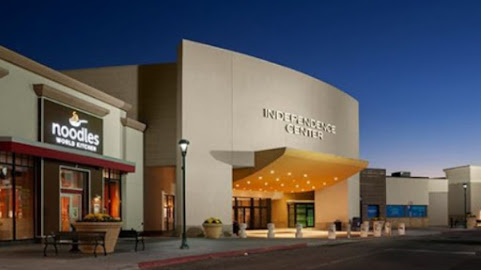 Credit to crime fighter Alonzo Washington for sharing witness accounts from the scene that offer a better picture of how this drama unfolded.

Independence Center Police also deserve a shout out for taking the suspect into custody without serious injury as this demonstration could have ended with tragic consequences. 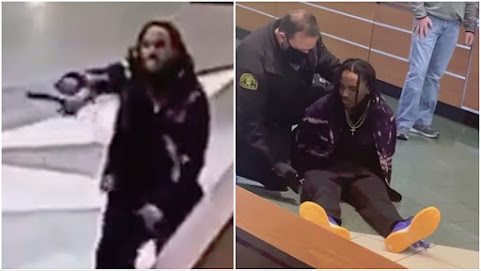 Check the description that reminds us how important it is for people to feel like they are being allowed an opportunity to speak and be heard . . .

Jackson County prosecutors say the suspect was involved in a fight Sunday with two others at the mall.

Court documents said surveillance video shows him standing in the food court with a toy gun, pointing toward the roof and then pointing it at at least two people.

According to court records, during police questioning, he told detectives that he brought the toy gun to the mall "for attention so he could tell people what he really wanted to say."

No one was hurt.

KMBC: A Blue Springs man is accused of making a terroristic threat at Independence Center over the weekend.

Turn out the lights. Party is over at Independence Center.

^^And yet it will still be open long after you die Boomer. Granted, that’s not very long, but nonetheless. Weird.


So when are we going to do something about the black problem in our country instead of praising them and patting them on the ass.

TKC, you should also report that a terrorism charge could get him at least 5 years if the judge goes light. People should know about the consequences.

So much for the racist chud boi who claims he had video of white supremacists doing this, we all knew better and have known for decades who the problem is. Racist liar.

But he THOUGHT it was a real gun!
The brother who sold it to him for $650 TOLD him it was real!
He's going to have lots of fun inside dor three or four years,
he'll come out knowing what sagging pants really mean!

Another extreme left wing nut job threatening to kill whitey again. The left is the most dangerous political party on the face of the earth.

Thats what they said about bannister mall. It didnt take long

The mayor of Independence has a beautiful bountiful bosom.

^^^ It's just bad genetics, they can't help it, they are born inadequate and defective.

No amount of pampering will change it.

No amount of security can stop stupid.

If he claimed mental incapacity, I would believe him.

And when one of these clowns ends up pointing his "toy gun" at the police and very properly gets blown away, we can have a whole new round of BLM violence and demands.
"But it was only a toy gun!"
Police brutality!
Racism!
It has to be clear to pretty much anyone paying attention by now what a scam and joke the whole BLM charade really is.
And where is the local "black leadership" in all this?
Not a peep.

Where is the guy claiming he was white. In fact, an authority. Doesn't look white to me, nor did Christopher Columbus. LOL

Wasn't even a Wigger, as reported earlier.

Meanwhile, Kansas City has three black suspects involved in homicides according to the daily Kansas City crime analysis. and we are only 11 days into the new year! Way to go BLM!

Where is the Rainbow warriors and carpet munchers to erase the truth, insert a fall guy.

The commie red star is pissed because they can’t change the narrative to blame whitey! Hahahahaha!

That's what one standard deviation below the mean looks like.

Yea his butt hole will be so loose he will need the saggy pants to hide his diaper.

Looks like he's got himself a nice new pair of sneakers, though. The soles of the shoes look nice and clean, as opposed to his soul.

Yes, and the Monkey that stole my credit cards also got a set a new sneakers. They were $380 and he was on video. Only a monkey is that dumb.

Nigs gonna nig. What are you gonna do?

Only a black man would think that holding a gun would give him gravitas.