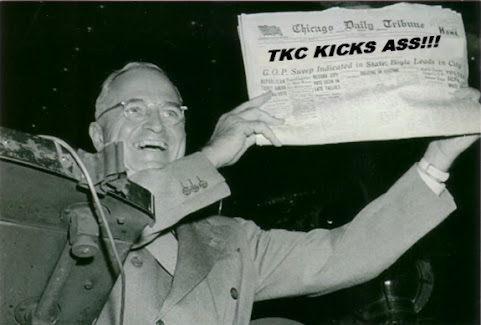 CHECK JACKSON COUNTY DEMOCRATS CALLING OUT THE GOP FOR THE COVID OUTBREAK AT THE MISSOURI STATE HOUSE & THE CAPITOL RIOT HOT MESS!!!

Missouri House of Representatives Shut Down for Next Week

Their intro to a recent newsletter . . .

"Things got off to a rough start in Jefferson City. In the first hours of session, safety protocols were turned down by Republican leadership in regards to mask mandates and distancing to prevent potential spread of COVID-19.  Unsurprisingly, multiple members of the house have tested positive and been exposed resulting in the House Speaker announcing there would be no action for the week starting January 18th. The Senate also had members exposed but will go on as scheduled.

"Last year, the same thing happened resulting in the long term hospitalization of Jackson County State Rep Joe Runions days after Republicans laughed about the virus being a hoax and refused to take any preventative measures."

The premise with the money line highlighted . . .

With right-wing extremists planning protests in Washington, D.C., and all 50 state capitols on presidential Inauguration Day and concerns their actions could turn violent, the Missouri House of Representatives had previously agreed to only hold a procedural session on Jan. 20 so that most lawmakers and legislative staff need not be present in the event violence does unfold. This is, fortunately or unfortunately, not relevant now.

Security officials in Missouri and elsewhere are on high alert after an insurrectionist mob incited by departing President Donald Trump and other Republican officials stormed the U.S. Capitol on Jan. 6 in an attempt to stop Congress from certifying President-elect Joe Biden’s victory in the Electoral College. Biden, a Democrat, won 306 electoral votes to handily defeated Trump, who won 232.

The U.S. House of Representatives on Jan. 13 voted to impeach Trump for incitement of insurrection in the Capitol attack, making him the only president in American history to be impeached twice. The Democratic-controlled House previously impeached Trump just over a year ago on charges of abuse of power and obstruction of Congress, but he subsequently was acquitted the Republican-controlled Senate.

The Senate, which is still Republican-led at the moment but which will soon switch to Democratic control, does not plan to conduct a trial on the latest article of impeachment before Trump leaves office when his term expires at noon on Jan. 20. Even though Trump will no longer be president, an impeachment trial is still expected to take place in the coming weeks. If convicted, Trump would be prohibited from ever again holding public office.
##########

if they pass one piece of legislation this year. I'll be surprised.

Denounce all you want. You are a superminority and the voters have already told you to go fuck yourselves. Deal with it. You aren't getting local control either.


Trump did an awesome job closing the border when COVID hit and he was slammed for it. The democrats were the ones who killed people by infecting nursing homes. No one except fools would believe Trump did a bad job on this.

Get one thing straight about the capitol incident, it was ANTIFA and anti Trump white supremacists. Very few Trump supporters were in there and the ones who were tried to help the police officer who was shot. Don't forget that ANTIFA and BLM are funded by the democrats. It was the democrats that even had meetings on how to do this an blame the GOP and Trump. But you idiot terrorist supporters can't see past your nose. MORONS

Jackson County Democrats?
You mean the people who "run" the county and don't have the ability or interest in addressing the most basic services a county provides like competent property assessment and taxation?
And the clowns who "manage" KCMO and continuously allow terrible streets, ever-increasing water bills, crime, violence, and a rising murder rate, and completely inappropriate excessive spending?
Those are the folks who think they can criticize pretty much anyone else's performance?
Hahahaha!!!

The Jackson County dummocrats need to comment on the 564 riots, 25 people killed and over 2,000 police officers injured last in the peaceful protests that the dummocrats promoted, encouraged and participated in.

Kansas Shitty has been run by democrats for over 75 years. And its crap.

Denny Waits is the man.

Why don't you call 1-800-eat-my-asshole, you chickenshit little fucker?

Is Trump finally going to release his healthcare plan? It’s been, “two weeks.”

So weird that all but one who have been caught so far are rabid PRO-TRUMP insurectionists. I guess you stupid Trumpies were somehow punked by the much smarter alliance of fascists and anti-fascists?

Nobody believes your insane lies so you can Fuck off now.

No it's all true:
A leadership coalition of Trump hating BLM anti-fascists and actual fascists led a huge mob of riled up Trump loving good ol boys.
The gullible Trumpies followed their anti Trump leaders in the insurrection intended to terrorize Congress into keeping Trump in power! Them wily ANTIFA avoided the cameras and snuck away, leaving kindly but simple minded Trumpies to take the fall!

Get out of jackson County and life is normal.

YOUR FREINDS IN CRIME, THE BIDEN FAMILY said...

It's all thieving China and Hunter Bidet's fault. They colluded with The Ukraine and China. We must start impeachment proceedings at once!

This is a reminder of the last inauguration and who was behind all the riots that day, this is who the capitol police, the national guard and secret service are preparing for.... violent left wing nut jobs

Look on the bright side...the flu has been eradicated.

whatever, if Trump can't run I will gladly settle for Donald Jr. With his Dad backing him, he will beat Camilla like a rug.

Yep. Once you get out the county of our 4 major metros yes life is about normal. Don't worry, plenty of stupid people with their obedience masks around. But normal folks just going about their days mask free generally just ignore em. I can now count 4 elderly, in poor health, compounding conditions, neighbors who had covid, and just like the seasonal flu, were over it in a week.

Ok we get the message Jason Kander sissy boy.

You mean the HOOD don't you?

The Jackson County Karencrates are a bunch of raciest blacks. Get out white while your house is still worth something to unwitting whites. The low IQ and childish blacks are being section 8 into your areas to kill property values.

I think our bigot uncle is a little off kilter with his analogy but he's likely to get his guns taken away any day now that his metadata came up when someone scrubbed the Parlor metadata. It's going to be a little embarrassing you my uncle for quite a long while.