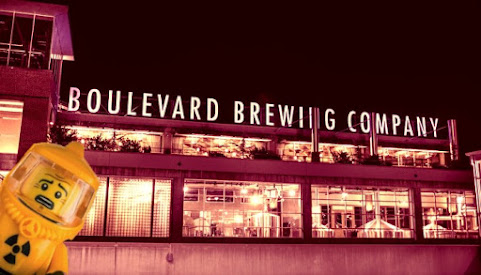 Kansas City culture war social media beef leaves somebody without a job on this pandemic eve amid a HORRIFIC EXAMPLE of mediocre crisis PR management.

"Boulevard Brewing Company issued a second apology and vowed in a statement on its website to change its workplace culture after a former employee complained about pervasive harassment that went unchecked at the brewery on Southwest Boulevard in Kansas City, Missouri. The company also said Tuesday that it has fired “a company executive” and will hire an independent human resources firm to investigate its corporate culture."

The guy can always find a job as a waiter or in a local event space.

Anonymous said…
A "corporate culture" is established and maintained by the people who supposedly "run" and "manage" the organization.
If these folks are so clueless that they need a human resources consulting firm to tell them how their organization operates, they probably all need to go find work somewhere else.
And at a "below supervisory" level.
1/26/21, 8:37 PM

Anonymous said…
Might as well get ahead of the curve and hire a 6 figure diversity officer to dole out diversity hires
1/26/21, 8:40 PM

SWORN TESTIMONY
Well, we were both HOPPED up flirting with each other, I complimented her on her CANS, she began the UNFILTERED dirty talk, squeezed my SIX-PACK and before I knew it I'd lost my HEAD!!!
1/26/21, 8:52 PM

Qautumabs said…
Dems are screwed. Biden is taking everyone down with his dictorial leadership and bad policies.

Qautumabs said…
CancelLing your comment. Just remember.. when the shit hits the fan and it will. Us "MAGATS" have the guns and the toilet paper.
1/27/21, 12:50 AM

Anonymous said…
Funny how me2 doesn't apply to Rapist Joe nor his married sister in-law fucking, child rapist, crack smoking part time man behind Joes hidden earphone broadcast son HUNTER. Also funny how it doesn't apply to Obama and the MEN he fucked in the ass and mouth in Chicago bath houses. Me 2 for some but not for me.

Anonymous said…
Yep I'm glad they finally got caught about their "Man" cultural. It was awful. Glad I'm not there and a lot of woman left there. Unqualified men over woman. Worthless place.
1/27/21, 11:40 AM