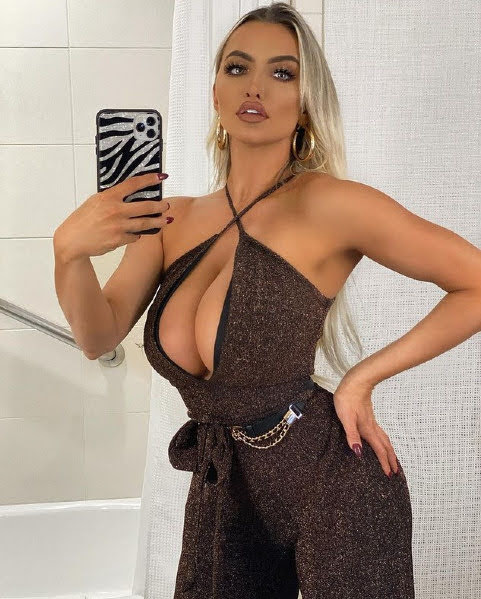 For our beloved evening readers we're sharing this peek at hottie Lindsey and her social media winning which inspires this collection of pop culture, community news and top headlines.

KANSAS CITY, Mo. - Smaller wedding ceremonies are becoming more common due to COVID-19 gathering restrictions, but Kansas City-area couples continue to make the most of the situation and find ways to enjoy their big day.

KANSAS CITY, MO (KCTV) -- The Platte County Health Department is preparing for mass distribution of the vaccine the best they can, while waiting on answers from the state. The department has been approved to distribute the Moderna vaccine, but have yet to receive information on when and how they can order it.

MERRIAM, Kan. - A vehicle engulfed in flames blocked a big off ramp in Kansas this morning, January 5. The southbound I-35 ramp to Antioch Road was completely blocked by crews responding to the fire. Video from a SCOUT camera shows the vehicle ablaze, spewing smoke into the air.

Lindsey Pelas didn't become an Instagram sensation with 8.7 million followers by dropping unflattering photos. The "genetically gifted" model, influencer and Eyes Up Here podcast host has revealed her best selfie-snapping tips in a new video filmed for Page Six. "I'm not Cindy Crawford as you can tell, but I do make a living based off-sometimes-my selfies.

EXPLAINER: Why Georgia's Senate races are too early to call

WHY GEORGIA'S TWO SENATE RACES ARE TOO EARLY TO CALL Two U.S. Senate runoff elections in Georgia that will determine which party controls the legislative chamber for the next two years remained too early to call late Tuesday, with the four candidates locked in tight contests and many ballots left to be tabulated.

In the coming days, that MAGA revenge complex could target everyone from low-level members of Congress to Vice President Mike Pence, as Congress meets on Jan. 6 to formally certify Biden's victory. "Republicans," Trump warned on Twitter, "NEVER FORGET!" speaking to lawmakers who have said they will not oppose Biden's certification.

Two conservative lawmakers got into a contentious exchange with House staff Tuesday over rules requiring members to wear a mask on the floor, which prompted House Speaker Nancy Pelosi to get involved and order them to follow the chamber's rules.

UK prime minister praises Brits for 'sacrifice' as new coronavirus lockdown looms: 'We have no choice'

The British prime minister praised the millions of people who are "making another huge sacrifice" as the country is hours away from going into another lengthy lockdown to curb the escalating spread of the coronavirus.

It's lights out at Family Video, the 42-year-old Midwestern chain that kept going even as Blockbuster and Hollywood Video went bust. The company on Tuesday said its more than 250 stores nationwide will hold liquidation sales, offering deals on movies, video games, CBD products and store fixtures.

Even with business in decline, popular Kansas City café shows generosity during pandemic

KANSAS CITY, Mo. - The pandemic continues to cost millions of Americans their livelihoods. One popular Kansas City café continues to show generosity while enduring tough times of its own. Anne Clark, who owns You Say Tomato, the popular culinary curio at 28th and Holmes, said her family business endured tough times in 2020.

TAIL END OF YOUR DAY. FOR THIS EVENING, WE STILL HAVE TO GET THE CLOUDS IN HERE. MCKNIGHT, 37 DEGREES WITH A SOUTHEAST WIND ABOUT FIVE TO 10 MILES PER HOUR. A LITTLE RIBBON OF RAIN THE DEVELOPING FOR THE MORNI DRIVE. IT WILL BECOME A LITTLE MORE ROBUST.

That really sucks Family Video store is closing. I always wanted to visit them since Video Library closed. There is something to be said about 80's and 90's video store rental nostalgia.


Georgia's senate race stop counting just like they did with the presidential election. The said they were going to stop counting until the mail in ballots were all in. They said there were 117K ballots out and then they said it was 130k and then it went up to 170K, it kept going up. What does that tell you? MSM says the democrat black man has won when the counting isn't even over yet. So yes they are cheating again and it's a black county with black democrats. Same ones who cheated before. They said they are going to wait as far as Thursday for the ballots to get in. That's cheating, and cheating is treason punishable by death. Those ballots should have been in today and no later. So funny how the republicans were winning and things stopped just like before when 90% of the vote was in.


Looks like they did it again. They told everyone at 10PM counting was going to stop because of mail in ballots and then in the middle of the night the black democrat mysteriously won. Those mail in ballots sure got there in record time didn't they. Black people are the dirtiest people in the world they know nothing but stealing, cheating and killing. This country needs a cleansing NOW!

Damned right it needs a cleansing, and with the Democrats in the White House and both Houses of congress it's going to get one.
The American People have suffered long enough under Trump's lawlessness and hatred!

"Picture yourself in a boat on a rivr,
with Plasticine Pelas' lard-laden thighs,
all of a sudden the damned thing rolls over,
the fat pig leaned sideways and made it capsize."

Here comes the clowns......and the conspiracy theories. You lost, Losers, go on home.

^^^ What a cop sitting at 3am in QT parking lot thinks about.

Turns out, they having amazing compartmentalization skills.