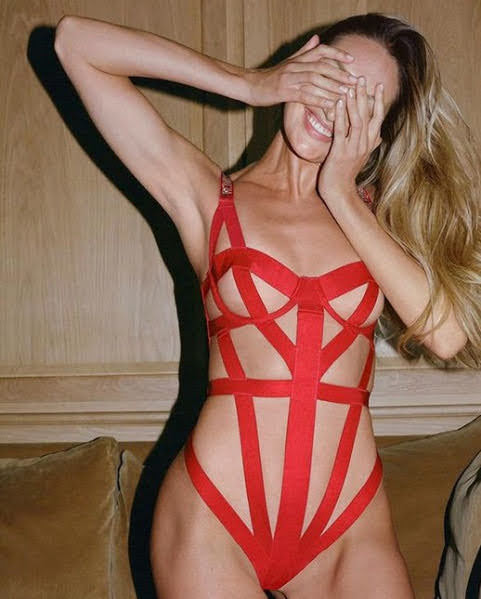 KANSAS CITY, Mo. - A pair of builders are returning to the River Market with plans for a nine-story multifamily development on an infill site just east of the current ramp onto the Buck O'Neil Bridge. Developers George Birt and Taylor McKee seek to build 303 Broadway, with 76 apartments, at the northeast corner of Fourth Street and Broadway.

The Kansas City metropolitan area added more than 400 new COVID-19 cases and five deaths on Wednesday. The area encompassing Kansas City and Jackson, Clay and Platte counties in Missouri and Johnson and Wyandotte counties in Kansas gained 437 coronavirus cases for a total of 130,507 to date.


Panties In Bunch Of Lawsuits

As we move into 2021, shareholders of public corporations continue to seek to hold corporate executives accountable for workplace discrimination and misconduct, a trend that began in connection with the Me Too movement and does not show any signs of stopping.

In 11 Hours of Pure Mania, 100% Stock Gains Popped Up Everywhere

(Bloomberg) -- Cooped up at home, glued to Reddit and Stocktwits chat forums, empowered by Robinhood accounts, funded by massive government money-printing and emboldened by a bull market that has turned reckless risk-taking into a virtue, America's new band of day traders is frantically bidding up a wide range of

President Biden is expected to sign executive orders Thursday aimed at getting more Americans signed up for health care by reopening the federal Health Insurance Marketplace during a special enrollment period of the Affordable Care Act.

"The President spent two years ignoring Trump's distractions and staying focused on the message he wanted to deliver, and it paid off with a commanding win," a White House official said in a statement to POLITICO on Wednesday.

Anti-Kremlin protester Filipp Kuznetsov was detained in Moscow on Saturday and found guilty by a court on Monday of taking part in an illegal protest. But it was only late on Wednesday that the authorities were able to find a jail cell for him.

The brisket bibimbap from Smoke n Seoul. Courtesy Smoke n Seoul. Worth checking out: Sura Noodle Bar and Smoke n' Seoul Sura Noodle Bar Just in time to battle the aggressive persistence of February cold, chef Keeyoung Kim is ramping up his selection of snacky, filling Korean comforts - all of which are designed to warm you up.

KANSAS CITY, Mo. - DoorDash has committed $10 million to help restaurants in select cities across the U.S. and Canada, and Kansas City is one of them. The food delivery service will spread $150,000 in relief grants across Kansas City. The money will go to support small restaurants, like mom-and-pop shops, struggling through the pandemic.

When it comes to film production, two cities that typically come to mind are New York and Los Angeles. Now there's a rising star in the mix: Kansas City. It earned a spot on MovieMaker magazine's 2021 list of the "Best Places to Live and Work as a Moviemaker."

The sunshine comes out late in the day today & tomorrow with warmer temperatures expected The weather will improve for a couple of days with a storm looming on Saturday The Saturday storm looks like rain, with maybe a few flurries lingering Sunday KANSAS CITY'S MOST ACCURATE FORECAST Thursday: It will be a cold start to the day.

The Chicks - Landslide is the #TBT song of the day and this is the OPEN THREAD for right now.

KANSAS CITY, Mo. - The pandemic has devastated small businesses owners as many struggle to recoup heavy financial losses. Some of those owners thought all-risk insurance policies would help ease that financial burden but some of those insurance claims have not been paid out, and the businesses have taken their fight to the courtroom.

A former Jackson County sheriff's deputy who shot a woman in the back and made false statements about the circumstances may spend just 120 days behind bars, according to a plea agreement announced earlier this week. It would be a lighter sentence than most receive for that crime and, some say, evidence that law enforcement officers get more lenient treatment when they face charges.

LAWRENCE, Kan. (AP) - The University of Kansas is the only one of six public universities in the state that will consider using a new policy that makes it easier to fire, suspend or dismiss employees, including tenured faculty.

COVID-19 variant looked for as culprit of prison outbreak

TOPEKA, Kan. (AP) - Kansas health officials on Wednesday sought to determine whether a coronavirus variant might be fueling a new outbreak at a minimum-security state prison where inmates regularly work in surrounding communities.

ST. LOUIS (KMOV.con) -- Some Missouri state lawmakers had their first COVID-19 vaccine shot but it's unclear if they were supposed to. Multiple reports say rumors of vaccinations at the Capitol Plaza Hotel spread to Jefferson City lawmakers. Some lawmakers, along with their staff, were able to receive the first dose.

TOPEKA, Kan. (AP) - Kansas lawmakers are considering a proposal to expand a program that uses tax credits to help low-income students attend private schools. Supporters of the bill told House and Senate committees Tuesday the coronavirus pandemic has highlighted the disparity between private schools, which are mostly operating with in-person classes, and public schools, which are offering online or hybrid education, The Wichita Eagle reported.

2020 saw the site's business model continue to shift toward a focus on subscription revenue over advertising, a development that allowed us to add reporting and editing resources to even more fully cover the community. Learn more about that here.

Stilwell-based Starr Homes LLC is suing a pair of Overland Park homeowners, plus their architect and builder, claiming they infringed on copyrighted home designs. The home in question is at 10950 W. 192nd Place in Overland Park. Owners Allen and Amanda Schlup hired DeGasperi & Associates Architecture in Overland Park to design the home and Carson Development Inc.

RAYTOWN, Mo. - Authorities have announced a reward increase for anyone who can help them solve a 2001 cold case murder. Craig Lasley was found dead inside of his home in the 8600 block of Oxford Avenue in Raytown on Nov. 15, 2001. The Greater KC Crime Stoppers announced Wednesday that the reward in the [...]

LIBERTY, Mo. - The Liberty Police Department has three positions open for officers. Applicants need to apply by Feb. 5 and face an in-depth interview, testing and background check process. "We have to have the best officers.

A Q&A with Eddie Moore

Jazz pianist, educator and composer Eddie Moore was raised in Houston and began playing the piano at the age of 4. The local jazz musician and frontman of Eddie Moore & The Outer Circle admits that he hated practicing the piano as a child. "My mother used to make me practice like a chore," Moore said.

Constant greatness is boring, but it doesn't mean it's not great

There's a thing in baseball circles called "prospect fatigue." A player suffering from prospect fatigue is essentially a player who has been around long enough for the excitement surrounding that player's name fades. Generally speaking, the best players avoid prospect fatigue, only spending a few years, if that, in the minor leagues.

Anonymous said…
All this happening while Basement Biden's buddy, John Kerry, takes his family's private jet to get on his family's private yacht -- neither one powered by solar or other alternative energy sources -- after creating an Executive Order to destroy oil and gas jobs across America. Both Biden and Kerry have a long history of making poor decisions.
1/28/21, 8:43 AM

Anonymous said…
"I wouldn't put it past Joe to fu*k things up."
-- Barack Hussein Obama

Anonymous said…
Many international millionaires were made yesterday! STONK
1/28/21, 8:59 AM

When the basement blog intern was called on the carpet for missing her deadline, she couldn't show her face for the rest of the day!!!
1/28/21, 9:06 AM

The ugly Davids doesn't know anything about jobs neither does Cleaver. Davids has been handed her free living for a lifetime simply for being an indian she has never worked nor has her mother. Joe Biden the fraud president in our white house has cut even more jobs with his following the sheep of the idiotic green new deal from a bartender that is so nuts it's not even funny. He is now cutting the coal miners jobs out. So to date, he has cut the pipeline put us back at the mercy of the middle east and now coal. All within one week.
1/28/21, 9:43 AM

Anonymous said…
The least Doordash and other online delivery companies could do is to contribute to helping to prop up the restaurant industry.
Their fees suck away most of what little profit margins those smaller operations have.

Byron Funkhouser said…
Oh. Wow. A new apartment building at 4th and Broadway. Wow. That's great news. I want to personally thank those two guys who are putting up that building. Don't worry about what they will want for rent each month. haha. Who's going to pay? Amiright? I am going to sign the lease, move in, and then not pay rent, because evictions are racist and evil. Free housing! Thanks Joe Biden!
1/28/21, 10:03 AM

Anonymous said…
is it too early to proclaim that 1/3 to possibly up to 1/2 of the demo voters are realizing that a mistake has been made using their help putting biden in office?

otoh - i like my recently received before leaving office signed donald j. trump second wave stimulus check - thanks donald.
1/28/21, 10:34 AM

Anonymous said…
For christ's sake fake Byron, you're even more annoying then the real Byron. Congratulations, dick face.
1/28/21, 10:42 AM

Anonymous said…
Just got back in town last night. Had a great job on the pipeline, but that's gone. Will be applying for all available (free) benefits from now on. I'll vote dim now, as opposed to my GOP history, 'cause might as well take the freebies before the dollar is worth shit. Thanks low IQ voters ande Saudi Joe and your hoe.
1/28/21, 3:34 PM

Anonymous said…
on the particulars of the proposed building at 4th and broadway, not sure, not worth any incentives or abatements, though, as the area is highly subsidized already and we should start to see returns to market rates after so many investments

but also if they are talking about re alignments and future options to the footings of the buck o'neil bridge, just wonder how this tower would impact that

on the issue of titfucker, I re read the post and although i initially assumed it was an insult, maybe it was not intended as an insult at all
1/29/21, 9:23 AM